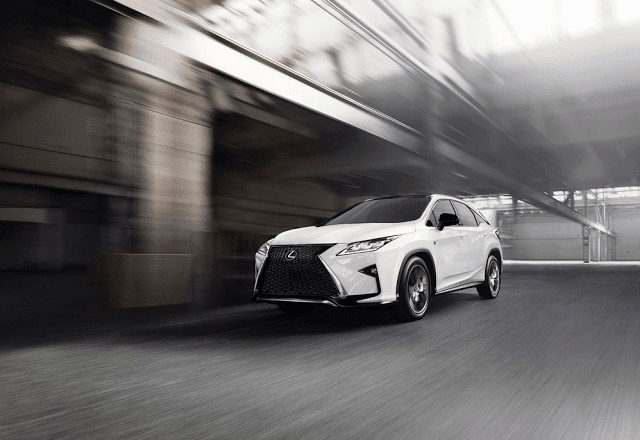 No premium brand utility vehicle sells more often in the United States than the Lexus RX.

Split between the gas-only RX350 and the gas-electric hybrid RX450h, Lexus produces more than 100,000 annual U.S. sales with the RX family.

Even among mainstream contenders, the RX is considered a popular utility vehicle. In a down year – Lexus was preparing the launch of this new RX and many consumers knew to wait – the RX is still America’s 23rd-best-selling utilty vehicle overall, with more sales than the Chevrolet Tahoe, Nissan Pathfinder, Dodge Durango, and Nissan Murano.

medianet_width=’468′; medianet_height= ’60’; medianet_crid=’481536334′; Indeed, even with competition from a more affordable two-row crossover inside Lexus’s own showrooms, RX sales remain higher than the volume produced by any other premium utility vehicle. In August, the new NX was America’s top-selling small luxury SUV/CUV.

But now we have the new 2016 Lexus RX350 and RX450h. The styling is questionable but bound to get the RX noticed, at least for the first few months before tens of thousands are roaming highways and boulevards near you. This is the fourth-generation of the RX, which arrived in first-gen form in 1998 and quickly became the most popular vehicle in the brand’s lineup.

Alex Dykes, of Alex On Autos, produced separate video reviews for the 2016 RX350 and 2016 RX450h. No RX video review on YouTube will be more detailed or thorough.