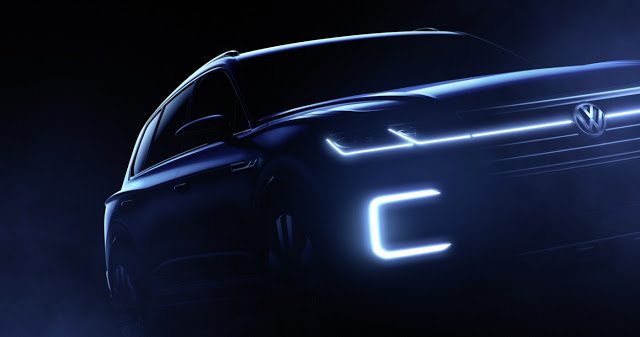 NEW CEO
Thrown into the lions’ den, Hinrich Woebcken has little to lose. As the new CEO of Volkswagen Group Of America, Woebcken could succeed – against all odds – and be credited with pulling an auto brand from the brink. Or he could fail, but that wouldn’t be a shock at all, right? – The Globe And Mail

NEW TOUAREG
We expect to see a thinly veiled concept version of the third-generation Volkswagen Touareg at the Beijing auto show next week. It’ll likely be a couple years before the big SUV actually goes on sale. – CarAdvice

NEW DISCOUNTS
Important quote: “We have not met our own plans and expectations.” This is what Volkswagen’s sales and marketing boss told dealers in Volkswagen’s German home market. Thus, it’s time to spend some money attracting buyers. – Reuters

NEW TIGUAN
This isn’t the exact Tiguan you’ll be able to buy in North America later next year, but it’ll give you a pretty good idea. Canadian Zack Spencer was in northern Sweden to drive the new MQB-based second-generation Volkswagen Tiguan.