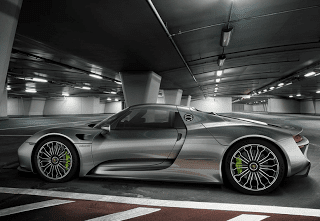 Combined, there are 39,900 new vehicle U.S. November 2013 sales represented by the masses of sporting car nameplates listed below.

GCBC has made some changes that will allow you to see a greater number of vehicles displayed alongside their most direct rivals, although many sports car-oriented nameplates are either completely lacking direct rivals or only have such rivals in the minds of individual buyers, and we leave them in an Other list.

In other words, now you can see that sales of America’s muscle car trio were up 4.4% in November 2013 despite the Dodge Challenger’s decline, that America’s muscle car trio is up just 0.2% this year despite the declines reported by both the segment leaders. Also, the five-car Mini Cooper range outsold the non-L Fiat 500 range by 371 units in November.

You’ll also see that sales of small European two-seaters (including the Audi TT coupe two-plus-two) rose 9.5% even as overall car sales grew little more than 5%. Subtract the Jaguar F-Type from the mix and continuing nameplates were down 7.1%.

You can click any model name in the tables below to find historical monthly and yearly U.S. auto sales data. You can also select a make and model at GCBC’s Sales Stats page. These tables are now sortable, so you can rank supercars, muscle cars, roadsters, and wanna-be sports cars any which way you like. Suggestions on how GCBC should break down segments can be passed on through the Contact page.

Source: Automakers & ANDC
* indicates a vehicle which is also shown in another GCBC segment breakdown
** breakdown by variant
Clearly GoodCarBadCar is not suggesting that the cars in the two tables above are all direct competitors. Establishing categories among cars as unique as even the Audi TT and Porsche Boxster has never pleased a single reader, so cars have been lumped together so you can simply see how buyers looking for sports cars, roadsters, hot hatches, convertibles, GTs, and wanna-be sports cars spend their money. Greater categorization of cars would only lead to problems that automakers create by not isolating model-specific sales figures: we don’t know how many M3s BMW has sold or how many Civics are Si models, for example. The numbers we do have are listed above. GoodCarBadCar is always open to hearing about the ways you would break down segments, so feel free to get in touch. Sales data for brands such as Aston Martin, Ferrari, Lamborghini, Lotus, Maybach, Rolls-Royce etc. are unfortunately not broken down by model. estimates say sales for those brands in the first eleven months of 2013 were 759, 1782, 506, 242, zero, and 924, respectively. Bentley sales are up 21% to 2519 this year; Maserati sold 3715 cars in the first eleven months of 2013, up 55%, and reportedly, Tesla Model S sales had risen to 15,550 through ten months. Tesla, unfortunately, doesn’t release model-specific monthly U.S. sales data.