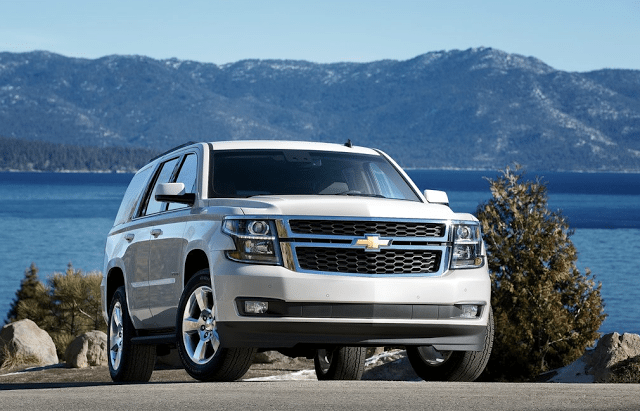 Sales of full-size, truck-based, body-on-frame, volume brand SUVs generated 4.5% fewer sales in America in 2015 than in the prior year, a year-over-year decline equal to 13,050 lost sales across seven nameplates.

General Motors, the dominant player in the category – an automaker which also sold 35,921 Escalades and Escalade ESVs – suffered a sharp Chevrolet full-size SUV decline yet nevertheless still conquered 76% of the overall category, identical to the market share achieved by the GM quartet in 2014.

Ford is the next largest player – Ford also sold 11,964 Lincoln Navigators – but the Expedition ranked fourth in the category, behind three GM nameplates.

These tables are now sortable, so you can rank large sport-utility vehicles any which way you like. Suggestions on how GCBC should break down segments can be passed on through the Contact page.