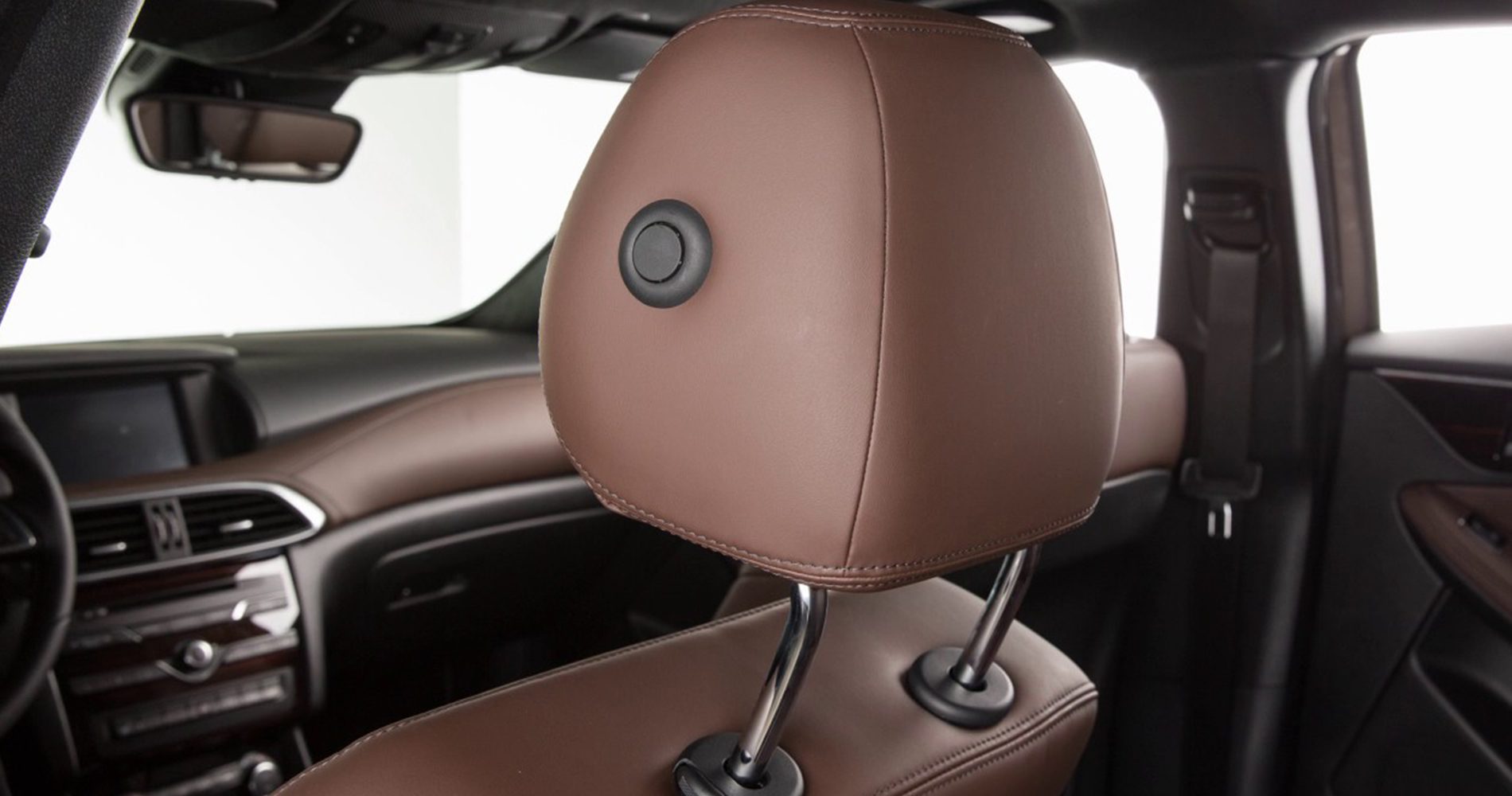 The Interesting & Life Saving History of the Headrest

When we think of safety in our cars, perhaps the airbags, seatbelts, or ISOFIX anchors are the first elements that come to mind. But today, we’ll tell you more about the headrest and why it’s essential in modern automotive safety.

A headrest is considered a passive safety element in a car. It limits head movement during a rear-impact collision, thus, reducing the probability of a neck injury. The origin of headrests dates back to 1921 when Benjamin Katz patented them in the United States (US1471168 A), but they were only mandatory in that country until 1969.

So, have you ever stopped to think about what the headrest does in your car? What is its utility? Or why is it so important for safety in a vehicle? Probably not since it’s an element that typically goes unnoticed. However, headrests have an interesting and lifesaving history. 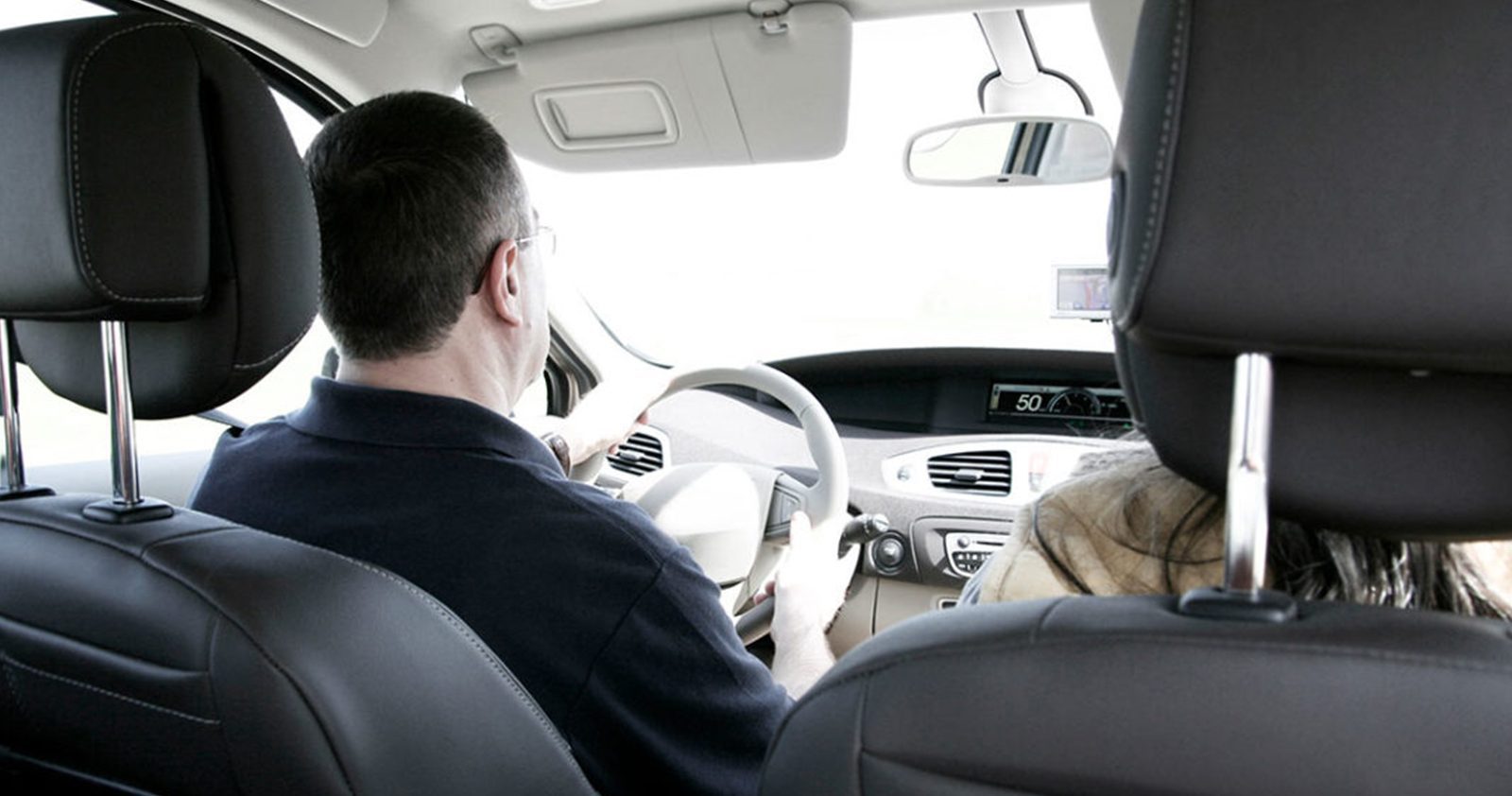 To understand the importance of head restraints in automotive safety, we must talk about where the headrests rest; your car seats.

At the beginning of automobile history, car seats were simple benches made of wooden boards. Straight, without any form of comfort. However, little by little, car engineers realized that the seats were a fundamental piece in the interaction of humans with the vehicle.

Since then, car seats began to be shaped and padded, and researchers have been focusing on helping vehicle occupants have a better onboard experience and, most importantly, improve their safety.

However, once the automotive industry recognized the increased safety benefits of safety advancement, they soon started incorporating them in many car models. Headrests are an excellent example of this.

In the 1960s, headrests were optional equipment, not a requirement. The initial purpose of headrests was comfort on many luxury vehicles, but after a while, the industry discovered that these could prevent whiplash and other injuries in a crash. It was Volvo that first put front seat head restraints in 1968 to protect the head and neck in case of a rear-end collision. Once other vehicle manufacturers proved the safety benefits of the headrests, all cars were required to include them by 1969. 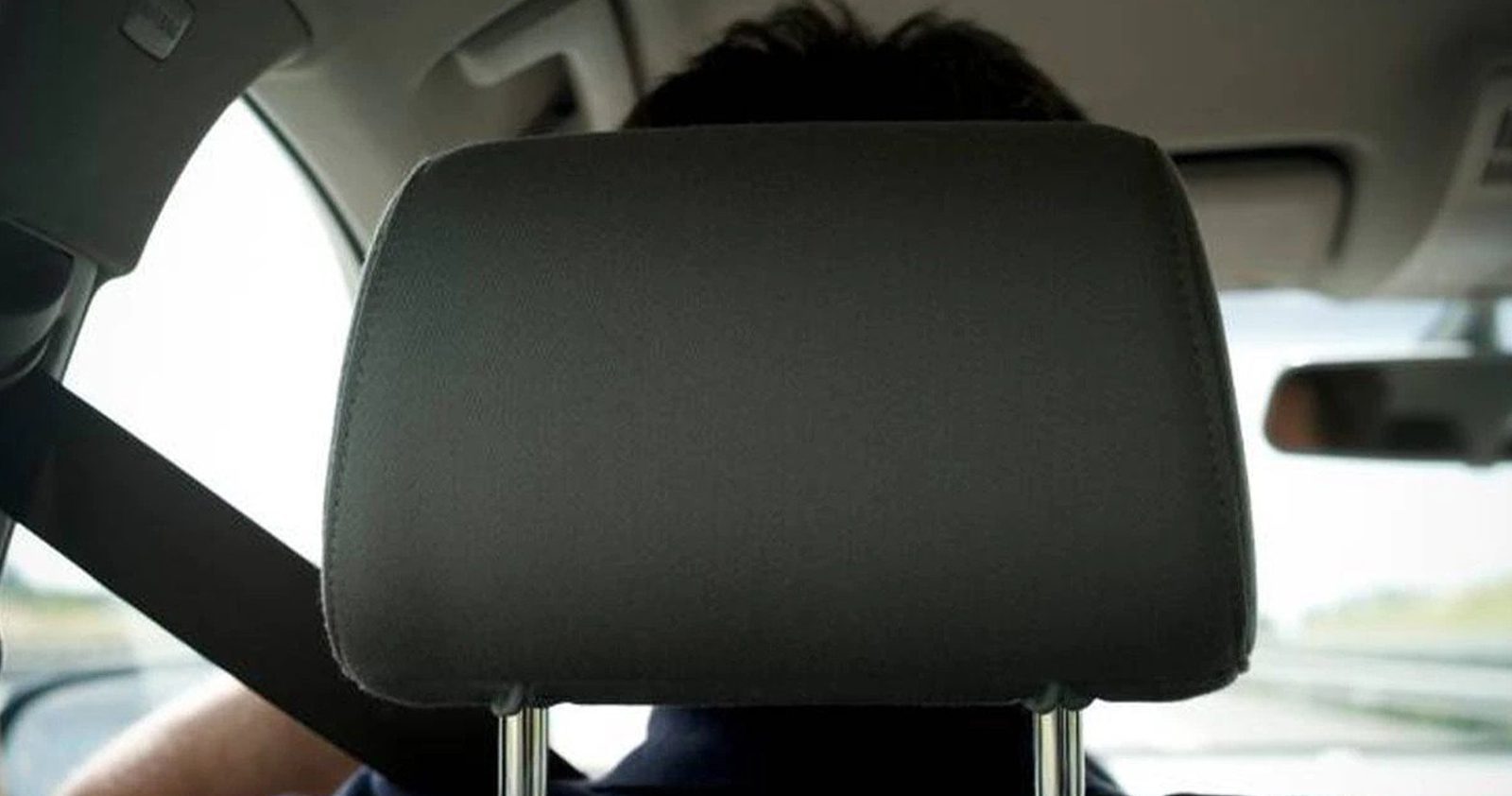 Via: The Globe and Mail

How do headrests work?

Headrests are designed so that our head rests on them, not in the way we sit on office chairs, but as the support that a railing on a staircase should provide. The headrest works by limiting head movement during a rear-impact collision, thus, reducing the probability of a neck injury. Headrests aim to protect a passenger’s head and neck, minimizing injuries in crashes by reducing the severity of whiplash in a rear-end crash.

In other words, headrests, also called neck restraints, are not an element of comfort but passive safety. Technically called a head restraint system, this element is essential in the vehicle, but it’s rarely paid attention to its correct use.

Their usefulness is based on the limitation of the reaction movement of the head given a rear-end collision, which generates tensions in the neck muscles that lead to severe injuries. The risk of neck injury can be reduced by 28% simply by adjusting the head restraints in the correct position.

These restraint elements are designed to prevent cervical injuries must be adjusted along with the seat belt to guarantee the safety of the occupants. 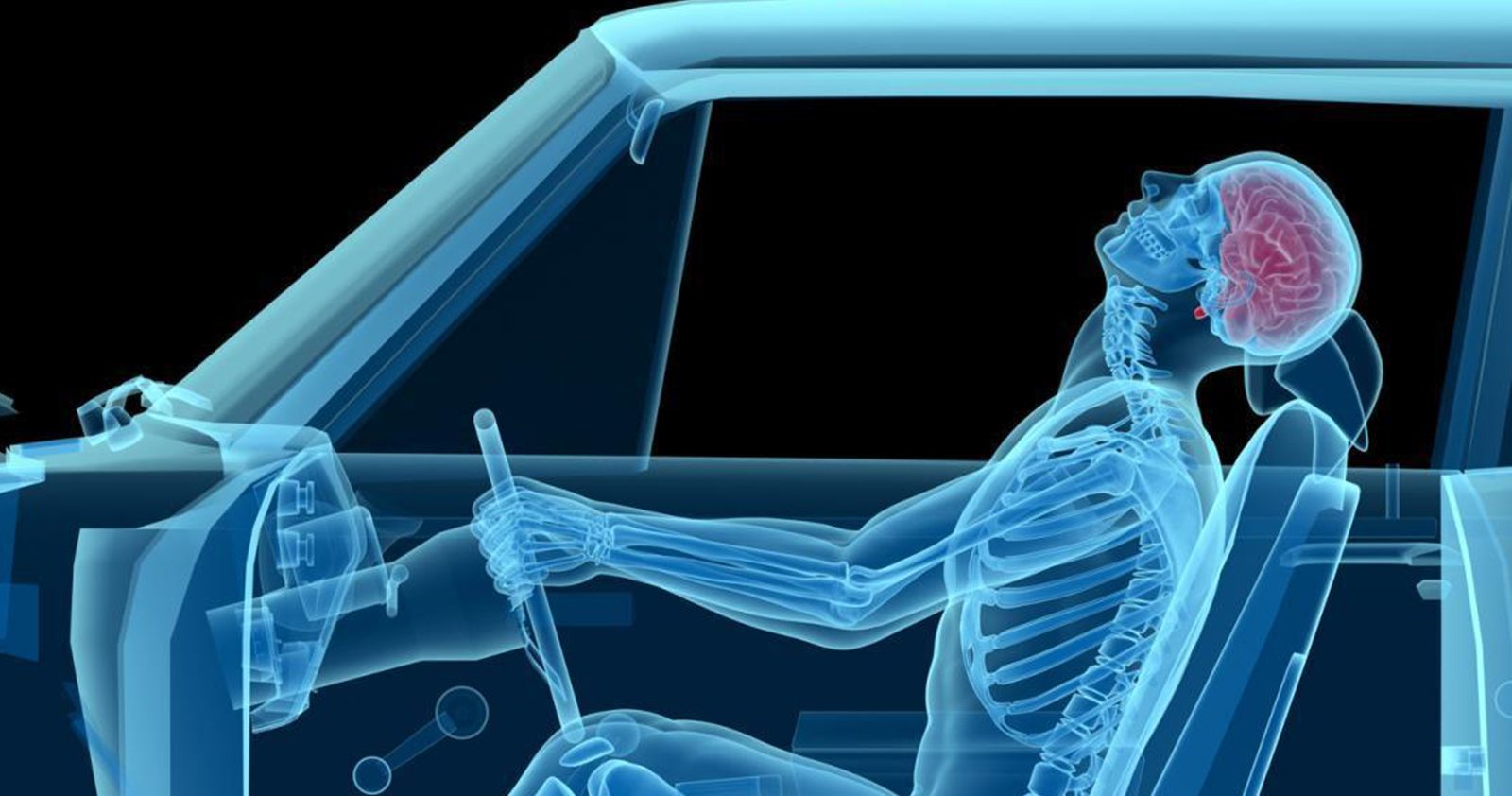 How do neck injuries occur?

When the vehicle is hit from the rear (rear-ended), it maintains its forward motion, but the head is propelled backward. This is because the back of the seat pushes the torso forward.

Meanwhile, the head remains in its initial position, causing the neck to retract, bending in an “S” shape. This position is very unfavorable for the spine, which repercussions cervical injuries on the nerves and adjacent tissues.

Although head restraints are very useful when used properly, cervical injuries can be more severe if headrests are poorly positioned, that is, in the lowest position. 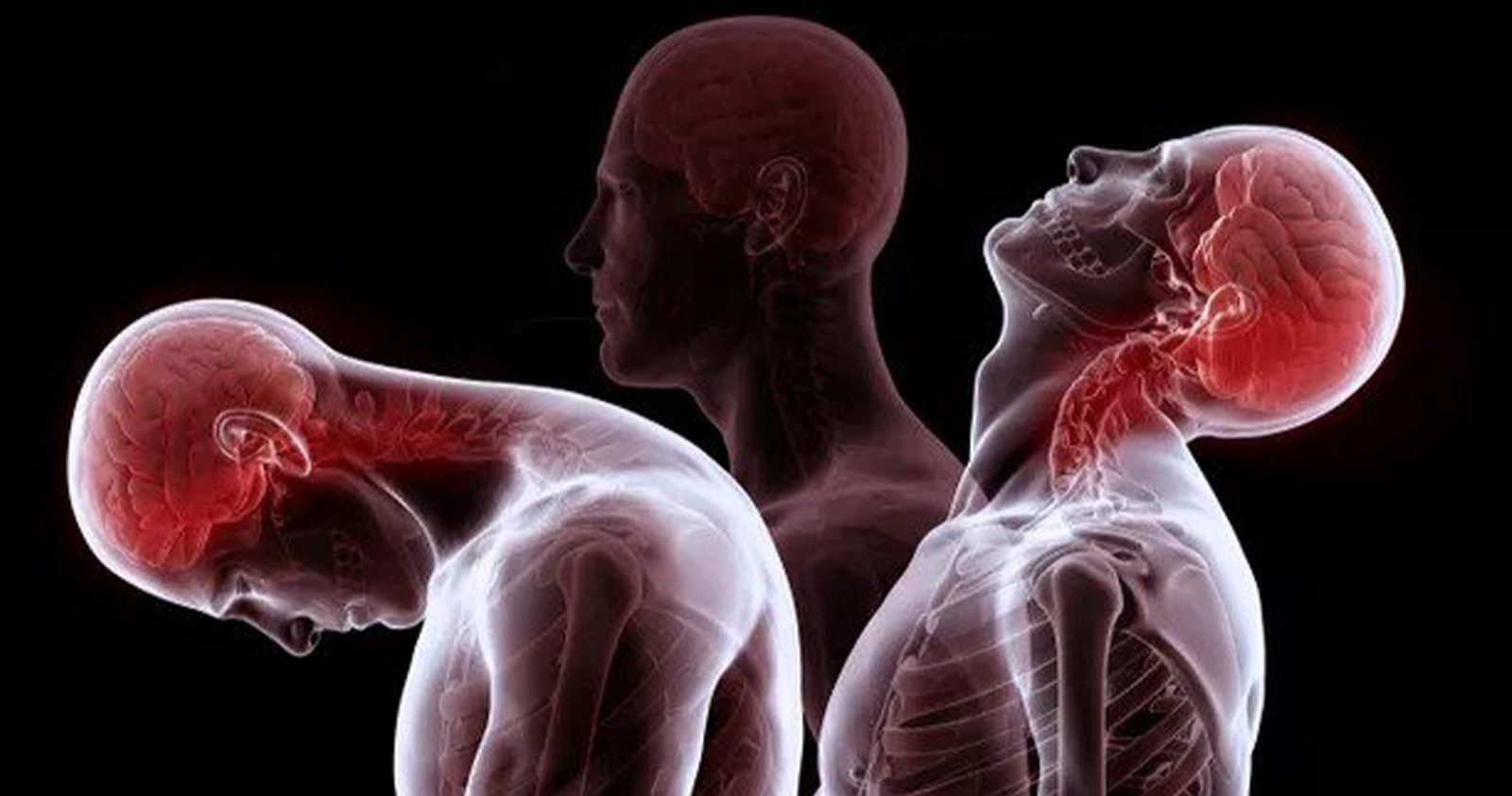 After the collision, the head moves backward until it finds the support of the headrest: if it’s in the lowest part, hyperextension of the neck occurs because the headrest acts as a lever point.

Neck injuries are no joke and can be worth five, six, or even seven figures (this post talks about a $2.17MM payout due to a neck injury) 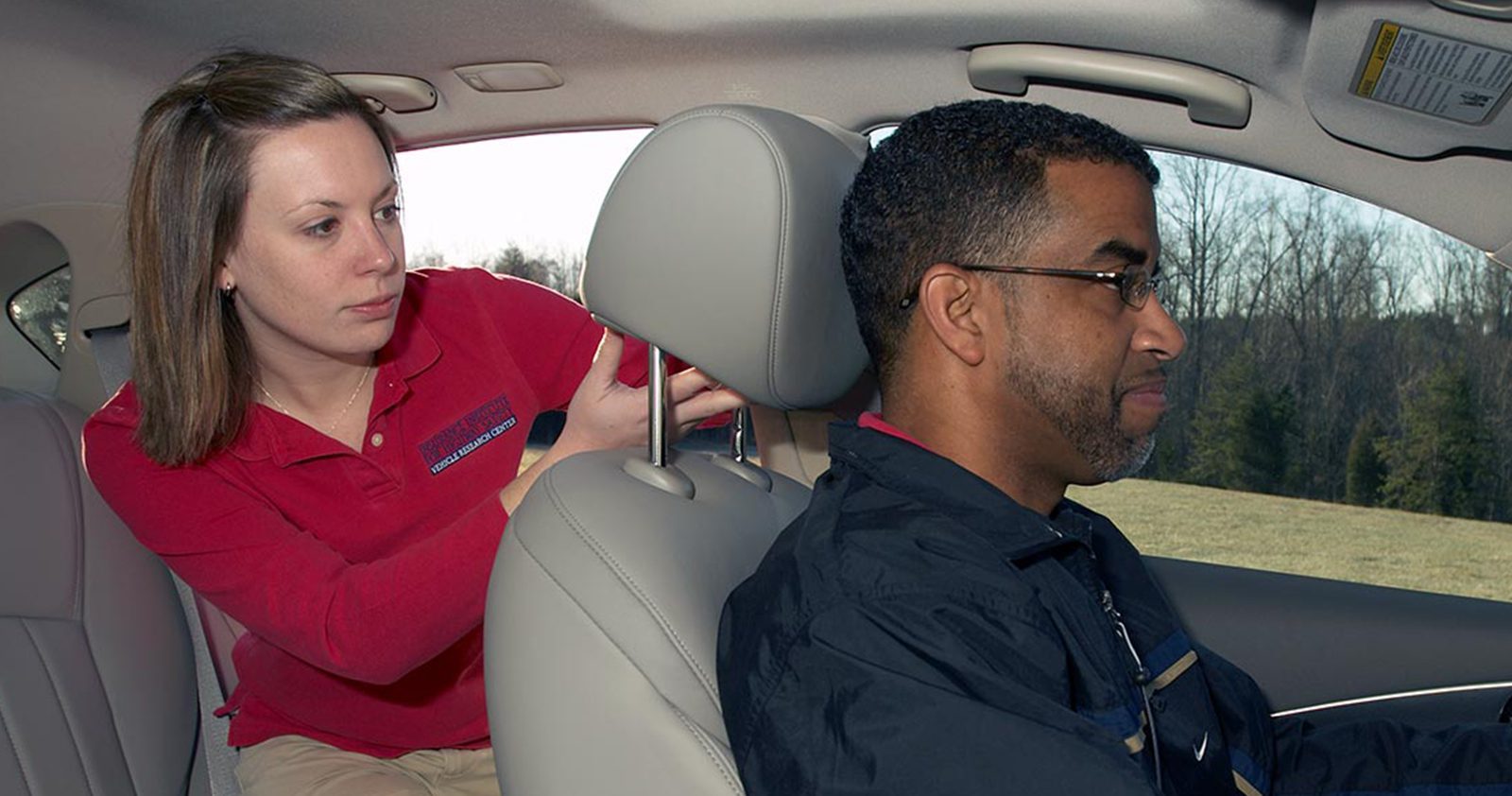 How to adjust the headrests correctly?

It’s straightforward with only simple requirements: the head’s height and a separation distance concerning the headrest.

As for the height, ideally, it should be adjusted to the head’s center of gravity, something that is achieved approximately when the upper edge of the head restraints is at the same height as the top of the head. In no case, it should be below the eye line.

Regarding the distance between the head and headrests, they should be as close to each other as possible. That is two inches or less from the rear of the driver’s head. This will prevent the neck from bending like an “S”. Furthermore, avoid separations between head and headrest over four inches and check the inclination of the back of the seat since this also affects distance. 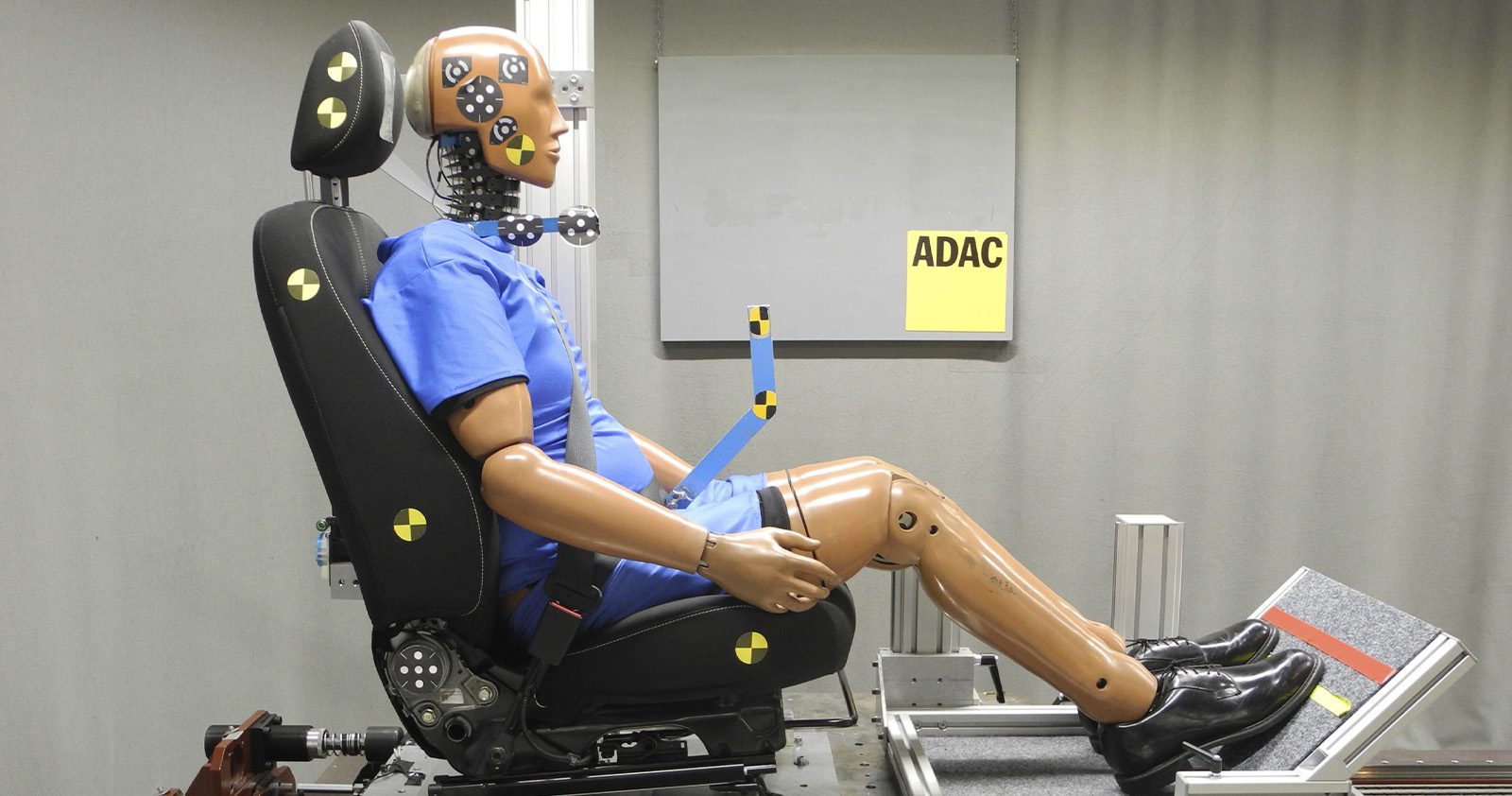 Head restraints were not a design priority for vehicle manufacturers in the past. However, the importance of this element as a passive safety system has now been demonstrated. For this reason, the “International Insurance Whiplash Prevention Group” (IIWPG) was created, an international working group of insurers whose objective is to investigate whiplash syndrome.

The IIWPG developed a protocol to evaluate the combination of seats and head restraints and their influence on reducing neck injuries in rear-end collisions. Its evaluation method has a static and dynamic measurement using an H-Point Machine (HPM-II) Specifications and Procedure for H-Point Determination.

The static evaluation measures the geometry of the head restraints. This includes its height and the distance between it and the back of the head. A device called the H-point machine (HMP) is used to make the measurements of these points.

The HPM is a physical tool to establish a vehicle’s key reference points and measurements. This device provides a reliable layout and measurement of occupant seating compartments and/or seats.

Moreover, the Insurance Institute for Highway Safety (IIHS) research on insurance claims for neck injuries shows that neck injury risk is lower if seats and head restraints are rated good.

To improve head restraint designs and thus improve safety, manufacturers have developed active head restraint systems to prevent neck strain and reduce cervical injuries. Some of these systems include:

Mechanical: it was the first system to be implemented in vehicles and remains the most common. Its operating principle is based on levers and springs that are actuated by the pressure exerted by the occupant’s back.

Pyrotechnic: is activated by sensors that, upon detecting the subsequent impact, gas generators are triggered to make the headrest operate.

Electronic: its operation is also activated by sensors, but its principle of operation is through springs that move it when activated.

Headrests or head restraints are retention elements designed to prevent cervical injuries and must be adjusted, like the seat belt, to guarantee the safety of the occupants.

Car manufacturers invest in developing technologies that allow the life of the occupants to be preserved in the event of a collision. The passenger must be aware of this situation and use all the passive safety systems in the best way.

The results and findings in the evaluations developed by organizations such as EuroNcap and the IIHS demonstrate the commitment that vehicle brands have in increasing safety standards since a good rating is well received by end-users.

The correct adjustment of the head restraints does not take more than five minutes, so it is necessary to make car users aware of the proper use of this element.