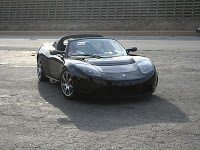 First, Tesla Motors founder Martin Eberhard’s titles have quickly downgraded from lofty heights. Co-founder and CEO; to President; to a member of the advisory board. It now appears that Mr. Eberhard was… shall we say, fired? His words at this forum make rather clear the circumstances.

I’m no businessman, nor am I stupid. Did Ford ever fire Henry? Did Chevrolet rid themselves of Louis? Was Mercedes-Benz ridded of Benz? Seriously, these are questions. I understand that partnerships break up and the Don must sometimes be moved to the back room to make way for Michael, but really, folks. Have some tact. You fired the founder?

Tesla’s Roadster is, to put it in ultra-simple terms – an electric Lotus Elise. In reality, the vehicle is much more complicated than that and also happens to feature a thorough rebody. The price is high and the production debut has been long awaited. (We’re still waiting.) The 47-year old Eberhard developed the concept with co-founder Marc Tarpenning. The car debuted in Santa Monica about midway thru 2006. 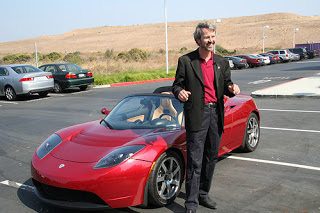