The Future Of Scion Canada

Toyota’s Scion division is now a semi-active participant in the Canadian automotive market. The $17,200 2011 Scion xD, $18,270 2011 Scion xB, and $20,850 2011 Scion tC are on sale in Montreal, Toronto, and Vancouver. The Greater Toronto Area’s population of 5.6 million people in a vast country of just 34.3 million people indicates why Scion may be going about its launch slowly, even if The Good Car Guy disagrees with the theory of selling only to part of the country.

With an anticipated base price of just over $15,000 in Canada, the 2011 Scion iQ may well boost Scion sales in Canada and in the United States. However, with approximately one month of Canadian selling complete and little data yet in circulation, the expectation for Scion greatness in The Great White North seems to stand in contrast to what Scion’s been able to accomplish south of the border in the ol’ USofA.

Scion began selling Californian cars in the United States in 2003. By that we mean, Scion sold cars only in California. With just two models, Scion quickly gained popularity and the “youth/budget” brand of Toyota’s spread to dealers across the country. Scion added a coupe model, the tC, and eventually replaced the dowdy xA with the xD and the small and boxy xB with a newer, larger, less boxy xB. Sales began to disappear.

Is Canada supposed to be excited that Toyota has finally delivered to us a brand Americans have seemingly rejected? Read more after the jump for a look at the cold, hard, numbers. 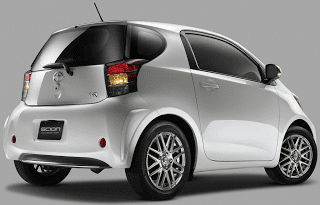 To be truthful, yes, Canadians should be excited, if only for the sake of increased competition. Perhaps a little pressure from the Scion xB will make the purchase of a 2011 Kia Soul even easier. And the Scion iQ is will be an ingeniously modern tool for effective and fun urban transportation.

If Americans have roundly fallen out of love with Toyota’s youth-directed value brand, why should we Canadians even begin a flirtatious encounter with Scion? Perhaps that’s a silly question. Certainly, Americans never would’ve elected Jean Chretien to the White House, yet we kept the Son Of Shawinigan in office for more than ten years. Last Wednesday, fewer than 10,000 people watched an NHL game between the Blue Jackets and Anaheim Ducks in Columbus, Ohio. In Canada, almost anywhere in Canada, 18,000 fans would be a sure thing. On the automobile front, America’s favourite car is the Toyota Camry. Canadians didn’t even make the Camry one of the country’s 20 best-sellers in September 2010. So we have different tastes. Just because America has turned its back on Scion (and hockey) doesn’t mean we will too.

Except, with dealerships residing only in Canada’s three biggest cities, Scion is open to less than half the Canadian auto market, a number, it could be argued, which is actually closer to one-third. Even with plans to eventually move out to other cities in Canada, Scion is extremely late to a small party. The Kia Soul is crushing the Nissan Cube. Latecomers like the Volkswagen Tiguan, Kia Borrego, the aforementioned Nissan Cube, and the Honda Insight are all struggling to gain traction in segments where others trod long before. Consider Mitsubishi, as well, a brand which left Canada way back when but returned in 2002. It’s not working out.

Are the Scion xB, Scion xD, and Scion tC bad cars for Canadians? No, not necessarily. From an analyst’s perspective, however, it seems likely that Canadians will be more receptive to car brands they know and love, brands selling what happen to be, quite frankly, better and more exciting products. The first Scion sales numbers for Canada should be out in the next few days. With nothing to compare Scion’s one-third-of-the-market-sales-volume against, it’ll be difficult to gauge success. One year from now, Scion should be selling elsewhere and watching sales rise. If not, Scion can officially be labelled a failure.