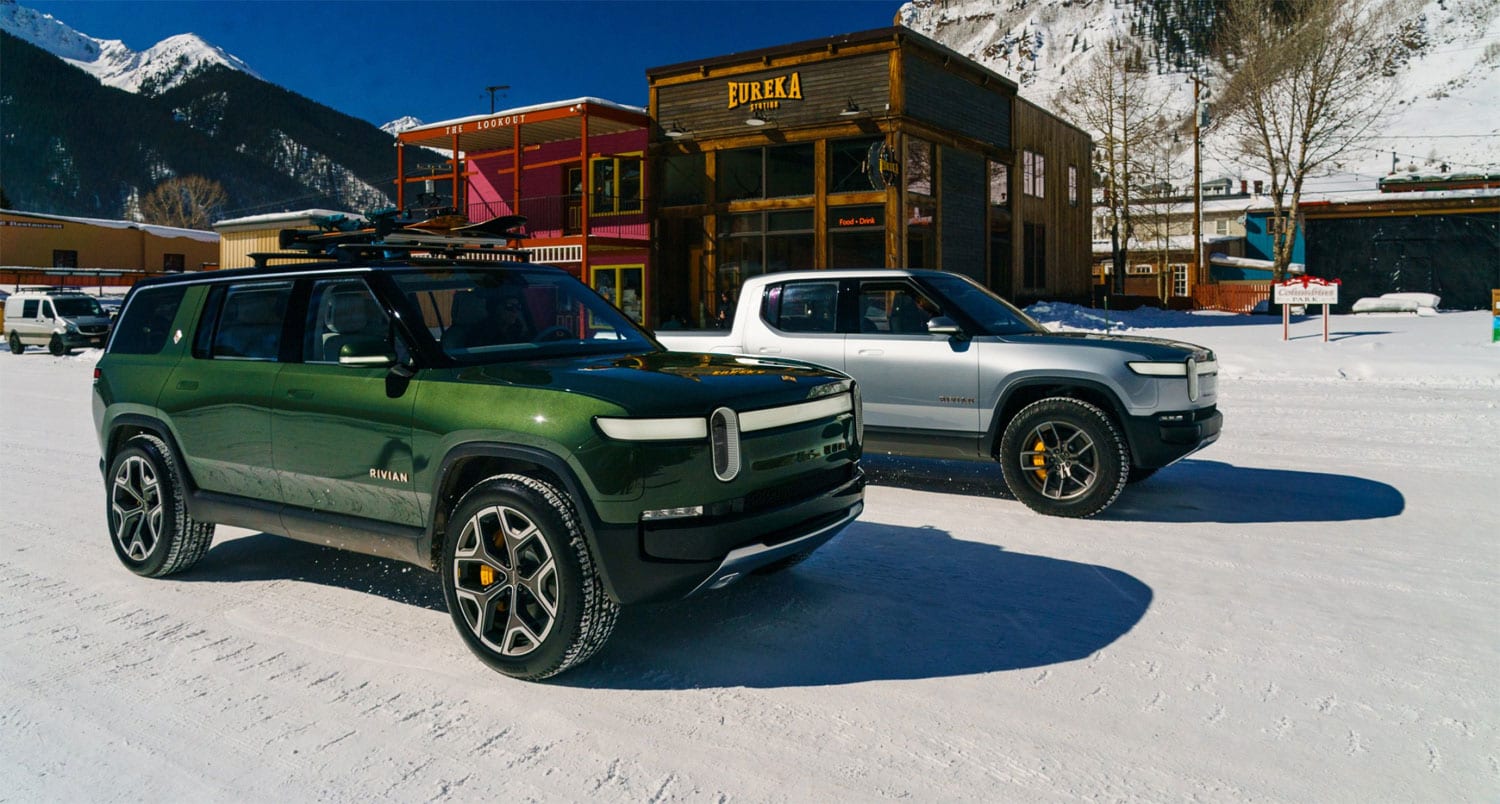 Predictions for 2021 in the US car market

2021’s Automotive Sales Trends – We’ve Rounded Up Some of our Predictions for Hits and Misses in the Upcoming Year.

After looking back to discuss the Hits and Misses of 2020, let’s shed some light on what we expect to be hot or not in 2021.

Chrysler, Dodge, Fiat, Alfa will continue to struggle due to lack of fresh products

FCA has neglected Chrysler and Dodge for years, and no new models or major redesigned planned in the coming three years. Chrysler is reduced to just three nameplates for two vehicles: an already 10-year old sedan which is expected to continue as is through 2023 and two minivans. Dodge has focused in recent years on performance, which may help its profitability by commanding big bucks for old platforms, but its bread and butter models have struggled. The Journey has just ended a 12-year run when production stopped and the Grand Caravan ended a 13-year run, leaving the brand with the Charger large sedan, Challenger muscle car and Durango large SUV, all of which are expected to soldier on until 2024 before any redesigns or replacements. That means both American brands can be expected to keep losing market share as their products continue to age.

Fiat and Alfa Romeo face similar problems, but come from an already small base. Alfa Romeo’s two models actually beat the market in 2020, but are still below 0.15 percent market share. Fiat sales were down to a record low of 4,300 in 2020, down 90 percent from 2015. Two out of its four nameplates are killed in 2020 with production of the 500 minicar and 124 Spider ending. The 500L tall hatchback and the 500X small crossover soldier on for now, but the brand may not survive much longer in the US market, especially now the company is merging with PSA of France, which may look for ways to reduce costs and inefficiencies.

Jeep will continue to gain market share thanks to new products

On the other hand, Jeep will be allowed to prosper as it’s one of FCA’s biggest moneymakers, together with RAM. By next year, all Jeep models will offer an electrified option, as well as a couple of three-row SUV options, at long last. The Renegade, Compass and Wrangler will get optional plug-in hybrid drivetrains, and the latter will also get a V8 engine for the first time in its career to outgun the upcoming Ford Bronco. The Grand Cherokee will be renewed by the end of the year, but a three-row Grand Cherokee L will arrive earlier in 2021 together with a larger model Wagoneer which also offers 3 rows of seating. The Grand Wagoneer version is a higher trim level that should compete with large luxury SUVs like the Lincoln Navigator and Range Rover. All that should allow Jeep to set a new record market share, beating its previous best of 5.6 percent in 2019.

Genesis will finally take off thanks to crossovers

Genesis has been struggling in the US after separating from its mother brand Hyundai in 2016. Part of that was a result of disagreements with its dealers and part of it was its sedan-heavy line-up in a market that’s been craving for crossovers. The all-new G70 midsized sports sedan hasn’t been able to challenge its platform sibling Kia Stinger, and in 2020 Genesis fell behind Alfa Romeo to become America’s #2 slowest selling brand, ahead of only Fiat. However, if December was any indication of what’s to come in 2021, the future of Hyundai’s luxury brand is looking bright. The all-new GV80 large crossover was launched late November, to compete with the Lexus RX and BMW X5. In December, the GV80 was immediately Genesis’ best seller by a large margin, taking almost half (46.9 percent) of total brand sales. That helped make this a record month for the brand since its inception in 2016, passing 3,000 sales for the first time ever.

And with the smaller GV70 also on the way, 2021 is guaranteed to be the year Genesis finally breaks through. The South-Korean luxury brand should easily be able to outsell Jaguar and even come close to Infiniti, if that brand continues to struggle as it has been in recent years.

Rivian will score big with its electric truck and SUV, if it avoids “production hell”

In 2021, Rivian will come to the market with its R1T electric pickup truck in June and R1S electric SUV in August. That would also mean the R1T beats the Tesla Cybertruck and the Hummer EV to market, as both those electric pickup trucks are expected to reach showrooms by the end of 2021. The Ford F-150 electric will arrive even later, around mid-2022.

The R1S and R1T will have a 300+ mile range for $70,000 and $ 67,500 respectively, and Tesla has proven there’s ample demand for electric cars with specifications like these, from people who care more about technology, user experience and design than brand heritage. The Rivian models have a quad-motor powertrain and the pickup offers towing capacity up to 11,000 lbs. On top of that, they really look the part and have American-sized dimensions. They claim to be benchmarking Bentley and Lincoln in terms of interior quality.

The company is backed by Ford and Amazon and the trucks were first announced in 2017 and first shown in 2018, which means they’ve been a long time in the making and should be able to hit the ground running, if the company can actually deliver on its promises. Apparently, tens of thousands of pre-orders have already been submitted for the trucks, but  Tesla has proven that upstart automakers can underestimate how much it takes to start vehicle production and how easy thing can be delayed. But for now we’ll just assume they won’t face any “production hell” and we’ll have another groundbreaking new EV maker challenging the status quo.

This one’s quite easy to predict. Especially the Bronco has been eagerly awaited and the company has been taking tens of thousands of pre-orders for the Jeep Wrangler rival. Its iconic styling and off-road capabilities make this a no-brainer to call it out as one of the hottest new products of 2021. But even the Bronco Sport should be able to draw a healthy number of fans. It’s more family friendly but still has that off-roader look which will set it apart from the more rounded and car-like designs of other family crossovers, most notably the new generation Ford Escape, which we’ve seen has been struggling to gain traction in 2020. These off-roader looks of the Bronco and Bronco Sport are very much in trend at the moment, also proven by the continued popularity of the Toyota 4Runner, Jeep Wrangler and the new Land Rover Defender.

The market share of sedans (including hatchbacks, wagons, coupes and convertibles) has been on a non-stop slide since 2012. It has more than halved in that time period, dropping from just over 50 percent of the US car market to 24 percent in 2020. Sedan sales came in at just under 3.5 million sales, which marks the third consecutive year of record lows. This trend is not going to stop in 2021, especially now that a whole bunch of upcoming new EVs are also going to be crossovers and pickup trucks: the Audi Q4 e-tron, BMW iX3, Chevrolet Bolt crossover, Ford Mustang Mach-E, Hummer EV, Nissan Ariya, Rivian R1S and R1T, Volkswagen ID.4, Volvo XC40 recharge, there’s even for electric car buyers no more excuse not to pick a crossover instead of a sedan.

Meanwhile, sedan buyers will have ever fewer models to pick from as manufacturers are shifting their product development dollars to more profitable crossovers. In recent years production and/or US sales already ended for the Buick LaCrosse, Cadillac XTS, Chevrolet Impala and Volt, Fiat 500, Ford Focus and Taurus, Infiniti Q70, Mitsubishi Lancer and Volkswagen Beetle, and they will be joined this year by the Buick Regal, Cadillac CT6, Chevrolet Sonic, Jaguar XE, Lexus GS, Lincoln MKZ and Continental, Toyota Yaris and Volkswagen Passat.

The Detroit Big 3 will be out of the sedan segment altogether, with the exception of the Cadillac CT4 and CT5, Chevrolet Malibu, Chrysler 300 and Dodge Charger. Asian brands still believe in sedans and now dominate the subcompact, compact and midsized segments, but those segments are shrinking faster than the overall market. Of course, the number is unlikely to ever go down to zero, but 24 percent is not the bottom yet. 2021 will mark a new record low in sedan sales for the fourth consecutive year.