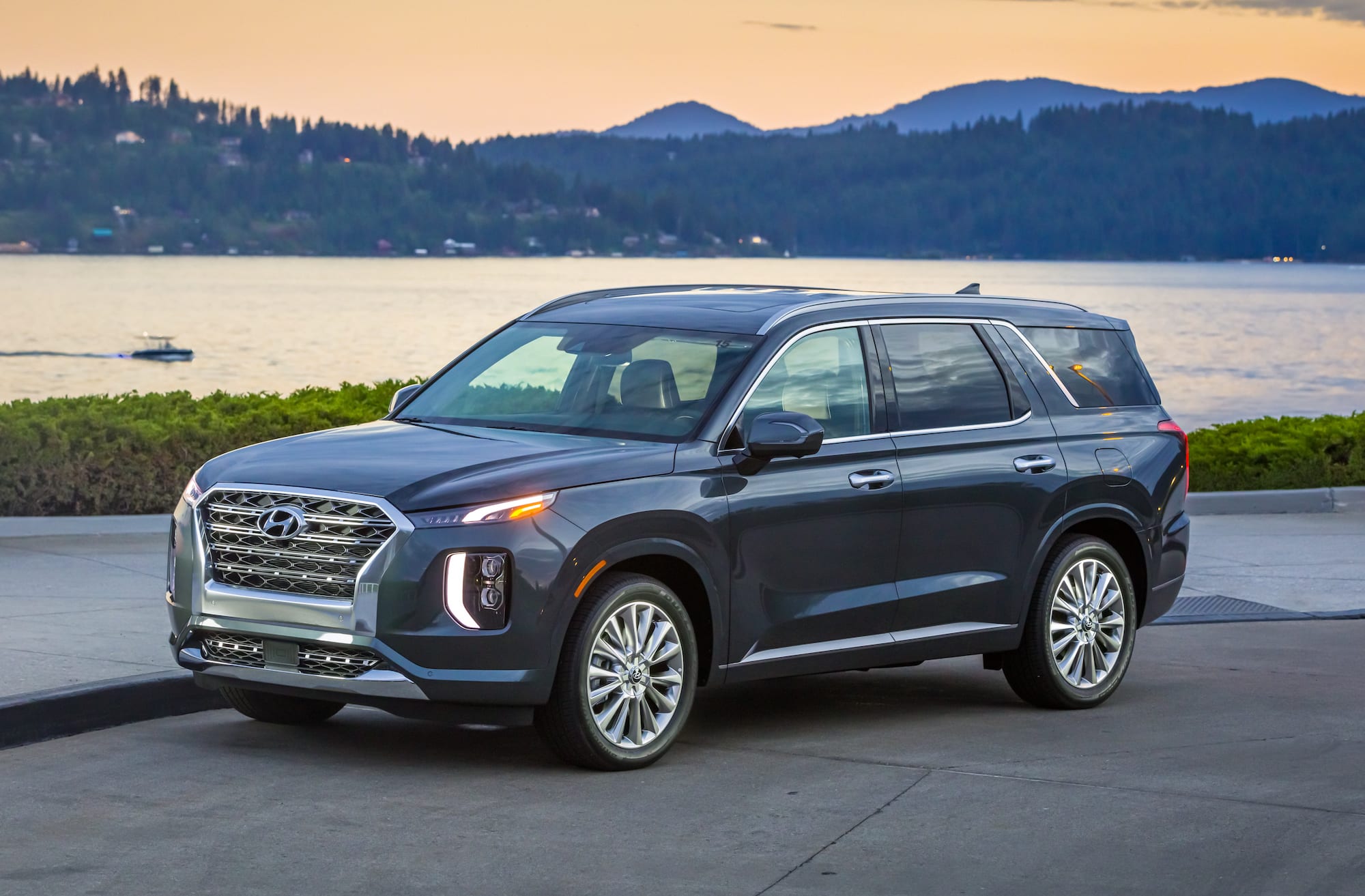 2020’s Automotive Hits & Misses – We’ve Rounded Up Some of the Year’s Breakout Hits, As Well As a Few Misses

Kia tops 4 percent market share for the very first time, gaining 0.4 percentage points on last year thanks to sales down 4.8% in a market down 14.5%. In absolute figures, the brand is still nearly 65,000 sales below its peak year of 2016, but that year its market share was 3.7 percent.

The stellar performance of 2020 is a result of the introduction of the Seltos small crossover which reached nearly 50,000 sales in its first year, and the Telluride large crossover, which even managed to become the brand’s best selling nameplate in each of the last four months of the year and totaling over 75,000 sales which makes it the #3 seller behind the Forte and the Sportage. It  midsized sedan was in the middle of a model changeover from the Optima to the K5, but combined those two models still managed to outperform the midsized segment at a whole, at -17% vs -21%.

Tesla sold over 193,000 electric cars in the United States in 2020, reaching a record share of 1.3 percent of the overall market. Its four models all finished 2020 in the top-5 of best selling electric cars in the US, with the Model 3 towering over any other model, selling almost seven times as much as the best selling EV from a rival brand. Obviously, other brands haven’t been able to come even close to Tesla’s sales figures, but it’s fair to say they haven’t really tried at all yet. Only the Chevrolet Bolt EV has been able to come near its American rival, and while its 20,754 sales are up 26% on 2019, it’s still below the nameplate’s peak of 23,297 sales in 2017. They’re also a result of the model expanding its availability to new markets within the States, combined with increased marketing as General Motors is starting to take electric mobility serious. Any other nameplate sold fewer than 10,000 units, with the Nissan Leaf next best, ahead of the Audi e-Tron and Porsche Taycan. The latter proves that electric cars can be successful in the US as well, outselling its ICE stablemate Panamera, but due to its price it’s still a niche model in the overall market.

The EV market has proven that the established players cannot afford to remain so slow to act, as new brands are preparing to storm the market in 2021 with Lucid and Rivian in the lead, hoping to emulate Tesla’s success at competing against ICE models and manufacturers. Of course, some of the legacy automakers are playing catch-up as well, as GM is finally waking up and making some interesting launches with the Hummer EV, Bolt crossover and Cadillac Lyriq, Nissan following up on the Leaf with the Ariya crossover and Ford having already launched the Mustang Mach-E. But in 2020, they’ve all let Tesla have almost the entire EV pie for itself, while fighting each other for the crumbs.

But let’s not blame it just on the manufacturers, as in Europe and China there’s a much more democratic EV landscape, with more choice for consumers and offerings from a greater number of brands. However, none are able to challenge Tesla’s range and specifications, which makes them unsuitable for the larger distances Americans like to drive, as opposed to more city-focused use in the other two major markets. Americans will embrace electric mobility as soon as the products are able to reduce the downsides of range and charging time compared to ICE vehicles.

The Chevrolet Silverado had been struggling in 2019 after its redesign. Sales dropped slightly on 2018 and it fell behind the RAM Pickup to #3 in the overall ranking. In 2020, the Silverado and its sibling GMC Sierra struck back. The Silverado reclaims its #2 spot from the RAM, and combined with the Sierra, the GM pickup trucks outsell the Ford F-Series for the first time since 2015 and only the second time since 2009.

At 595,000 sales, the Chevy Silverado reaches its highest annual volume since 2015, but keep in mind that for the past 5 years, total US car sales were above 17 million and in 2020 the overall market dropped to 14.5 million. The Silverado’s 4.1 percent market share is actually the highest since 2005.

The Ford Escape has been overhauled for the 2020 model year, with production of the new generation starting in August 2019. Its design is more rounded, almost jellybean-like, and it doesn’t appear to appeal to North American tastes, as sales of the new Escape dropped 26.1 percent to the lowest since 2009 at 178,500. To put that in perspective: the Escape topped 300,000 sales from 2014 through 2017. The Escape fell to 6th place in the compact crossover segment, just when its hometown rival Chevrolet Equinox jumps to 3rd place ahead of the Nissan Rogue. The Escape drops behind the Jeep Wrangler and barely outsells the Subaru Forester.

In China, Ford has given the new Escape a different front-end than in the US, with a more aggressive styling of the grille. Perhaps one of the reasons why Ford chose to give the North American Escape a more car-like appearance was for it to replace the soon-to-be-killed Fusion, while allowing for the all-new Bronco Sport to appeal to the more SUV-minded crowd. That model was introduced late 2020 and offers a more square styling to look more like a rugged off-roader than a soft and rounded crossover.

New models continue to enter the subcompact crossover segment, allowing it to grow 7% in 2020, making the only major segment to improve this year, and one of only two altogether, with the large sports car segment. In the segment top-20, only six nameplates trail the overall market decline. Therefore the segment gains 1.1 percentage points of market share to 5.7 percent of the total US car market. If they continue at this rate of growth, subcompact crossovers could outsell compact cars next year.

In 2019 there were two newcomers to the class with the Mercedes-Benz GLB and the Hyundai Venue, while in 2020 three new models arrived, with the Kia Seltos, Buick Encore GX and Chevrolet Trailblazer. The Seltos immediately lands at #7, the Encore GX at #8 and the Trailblazer at #10.

The Cadillac XT6 doubled its sales of 2019, which was its introduction year, but at 22,600 sales it’s hard to call the XT6 a success. The General Motors brand has been a latecomer to the luxury midsized crossover class, but that hasn’t helped it to shake up the segment as for example the Kia Telluride (see above) and Hyundai Palisade (see below) have in the non-luxury part. Instead, it finished its first full year of deliveries in 33rd place overall and 12th place among luxury models, behind its direct rival Lincoln Aviator while the best selling luxury midsized crossover Lexus RX sold almost five times as many.

In Cadillac’s crossover line-up, the XT6 also trails the XT5 and Escalade and barely outsells the smaller XT4. And while Chinese sales of the XT6 also outclass those at home, that shouldn’t necessarily classify it as a failure as every Cadillac nameplate in its lineup sells better in China than in the USA

The South-Korean brand may have been a latecomer to the 7-seater segment, it has arrived with a bang. The Palisade, launched in 2019, entered the top-10 of the midsized crossover segment in 2020, taking 3.2 percent of the overall class and 4.1 percent among non-luxury players. It outsold its sibling Kia Telluride, and other big 3-row players line the GMC Acadia, Subaru Ascent, Volkswagen Atlas and Nissan Pathfinder. The Palisade also outsold the Sonata midsized sedan as Hyundai’s family hauler, trailing only the Tucson, Elantra and Santa Fe in the line-up of the South-Korean brand.

The Big-3 American manufacturers have departed the sedan segments, or are in the process of departing, and have faced a lot of criticism for that move. For now, the market proves them right. Car models (sedans, hatchbacks, wagons, coupes and convertibles), made up a record low of 24 percent of the US car market in 2020, with trucks (crossovers, SUVs, pickup trucks and vans) accounting for the other 76 percent. The compact car segment was down 29 percent and lost 1.6 percentage points of share. It now makes up just 8 percent of the total car market, and the midsized car segment was down 21 percent to lose a full percentage point and now makes up 11.3 percent of the market. Both are record lows, while compact crossovers were stable at 24.1 percent, outselling all car segments by itself.

Asian brands now dominate the sedan segments, but while they may have gained share within their class, they’ve been losing ground in the overall market. There were only 2 sedan models in the overall models top-10, a record low, with the Toyota Camry in 6th place and the Honda Civic in 8th place. There were just four sedans in the top-20 and six in the top-30. The Toyota Corolla reached an annual low volume since 2000 while being outsold for the first time by the Tacoma pickup. Meanwhile, the Honda Accord dropped below 200,000 sales for the first time since 1982.

The #6 best selling sedan in the United States is the Tesla Model 3 in 23rd place overall, ahead of the Ford Fusion at #31.