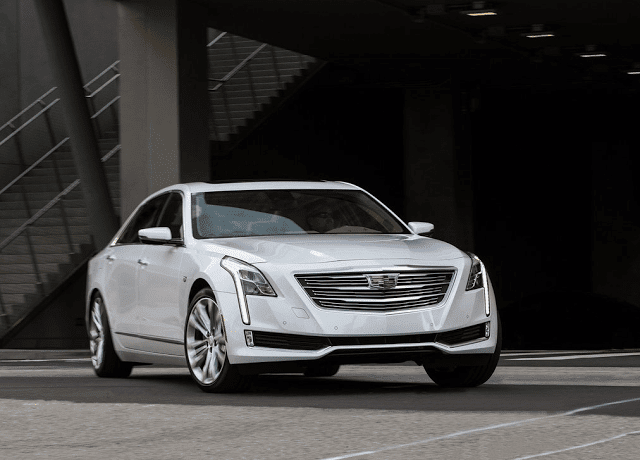 Auto News For Wednesday, January 27, 2016 – No Surprise, Critics Love The Cadillac CT6, But Will Buyers?

CT6
It’s an imposing car with a USD base price under $55,000, a large luxury limo without the $90K+ price tag of the Mercedes-Benz S-Class. GM Canada will send one our way eventually, we presume, but for now, what do the critics think?

Jalopnik’s Patrick George: “All the CT6s I drove in LA had impeccable interior quality—the best I’ve seen from Cadillac so far. Stitching, materials, comfort, tech, all of it was top notch.”

Car & Driver’s Steve Siler: “In the default Tour mode the CT6 is genteel and smooth, but Sport mode sets the powertrain into a considerably more excited state, with the transmission especially eager to play, holding gears and summoning throttle-blipped downshifts more readily than a number of so-called sports sedans we can think of.”

Automobile’s Arthur St. Antoine: “Biggest surprise: the jewel in the new CT6 lineup is the rear-drive, turbo-four base car. This version feels distinctly different from its V-6, AWD siblings: it’s more agile, more fun, with livelier steering and an agreeable sizzle under the hood. Never expected it, but the bantam four-banger is amazingly refined and eager. You’ll smile as you gun this CT6 from corner to corner. You may even chortle.”

1.4 TSI
Is the 1.4L turbocharged four-cylinder in the 2016 Volkswagen Jetta the best base engine in a small car today? Yes. Though the engine isn’t under the hood of the best small car.

BIG MOVERS
From the Infiniti QX80 to the Kia Sedona – with high volume candidates such as the Jeep Cherokee and Volkswagen Golf – these were the 25 fastest-growing automobile nameplates in Canada in 2015.

718 Boxster
Honestly, it’s going to be difficult for a sales stats-obsessed site to make sure people don’t think we’re talking about 718 Boxsters. Regardless, the updated Boxster is here – the Porsche 718 Boxster – and it’ll be powered by a turbocharged 300-horsepower 2.0L boxer four-cylinder. The 718 Boxster S uses a 2.5L boxer four generating 350 horsepower. The car features new styling for the new name. Although the car looks every inch a Boxster, most panels were changed.

WATCH
Observing pickup trucks in what was once their natural habitat – and is now rather often their unnatural habitat – offers more intriguing results than you get when city slickers drive F-150 Platinums to the grocery store. Cars.com’s Texas Truck Showdown includes an acceleration test with the trucks hauling 1750 pounds of salt in their bed.