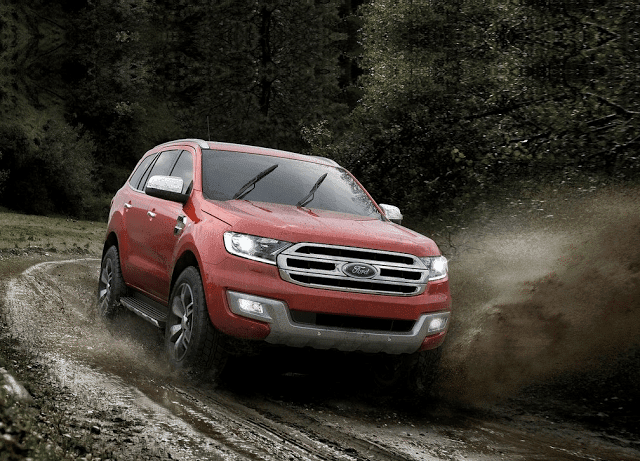 INSIDE THE AUTO INDUSTRY
Don’t expect to find one on the North American side of the Pacific, but Down Under, Australians will pay $54,990 for the handsome new Ford Everest. It’s powered exclusively by a 3.2L five-cylinder diesel. Don’t assume that a direct currency exchange will tell you how much the Everest would cost if it could be had in the U.S. While $54,990 AUD converts to $42,600 USD, a car like the Mustang is priced around the equivalent of $39,900 USD in Australia, about $10,000 more than the price of a similar Mustang in the U.S.

FUTURE
Forget refreshes. When Nissan begins selling a new Sentra for model year 2016, just three years after the latest car’s launch, it really will be new. Or, “almost” all new.

TAKATA
Honda now confirms that a seventh death, that of Kylan Langlinais of Lafayette, Louisiana, is linked to airbags provided by Japanese auto supplier, Takata. As you can see in today’s recall list, Honda’s list of vehicles continues to expand.

RECALL
American Honda is recalling 2,300,000 Accords (model years 2003-2007) and Civics (model years 2001-2005) because, “The affected vehicles have a passenger side frontal air bag that may be susceptible to moisture intrusion which, over time, could cause the inflator to rupture upon its deployment.”

WATCH
Which would you take, BMW M3 or Mercedes-Benz C63 AMG? evo’s Dan Prosser attempts to settle the debate with this video comparison.