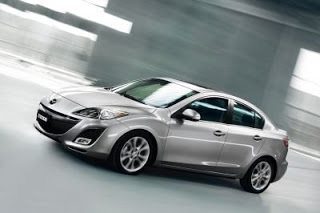 MORE PICTURES OF THE NEXT MAZDA 3

As pictures of the next Mazda 3 slowly trickle out from Japan, disappointed looks are streaked across the faces of everyone who wanted a revitalized competitor for the Honda Civic and Toyota Corolla.

With either 148 or 167 horsepower (fuel economy in the city from 25 down to 21 and 33 down to 29 on the highway), more standard features and a wonderful interior, the 3 will be competitive, to say the least. But it won’t look good as it rises in the ranks.
Or should we say, it’ll look decent…. but we expected more. When the first 3 was introduced, The Good Car Guy wasn’t an auto blogger at GoodCarBadCar.net and thus wasn’t sharing his opinion, but a brief look revealed the little Mazda to be a good looker and a good drive. Mazda stepped up the plate for generation two and hit a ground-rule double when we had all hoped for another home run. So while the 3 is “fine”, it manages to be disappointing anyway. 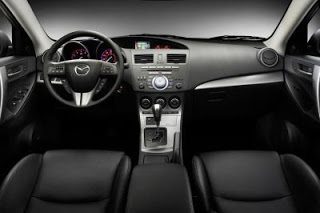