Although the Nissan Maxima, Subaru R1e, and Nissan Denki Cube might not spark the performance car enthusiasm at New York’s auto show this week, a few others have a strong opportunity. Pontiac is going to show the Solstice Coupe and Dodge has revealed the Challenger SRT8’s lesser brethren. Unfortunately, it appears as though Acura has lost its sporting way with the TSX. Can anyone read the title at the top of this page?  See that part about “dowdy”. Freshen your fears of Acura producing another boring product.

Call it a musclecar, ponycar, or an all-American bruiser. It doesn’t matter. When the SRT8 version of the reincarnated Dodge Challenger debuted, I wondered if it might be highly colour-sensitive (which is far better than being angle-sensitive). Regardless, like every other musclecar that ever existed – especially those of the last couple decades – the Challenger is wheel-and-bodykit-sensitive. The R/T maintains the aggression manifested by the SRT8; no question about it. The SE? It looks like a wuss. Considering its heft and lack of V8 get-up-and-go, the SE won’t just look like a wuss, either. Blue isn’t its colour, to boot.

Pontiac’s current showing of the Solstice Coupe doesn’t lose much of the impact displayed by the Solstice Coupe Concept of 2002, seen in orange. Who knows whether Pontiac will go the historical route and charge less for the targa-topped Solstice Coupe than they do for the droptop, or if Porsche and BMW’s method of upping the price of the Cayman and Z4 Coupe could strike General Motors ‘excitement’ division? One way or another, the Solstice Coupe has a magic about it that the roadster never has. 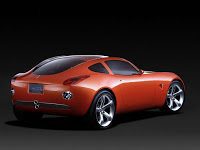 Check out The Good Car Guy’s test drive of the Saturn Sky, twin to the Pontiac Solstice, right here
Oh, Acura, what hath Honda wrought with thee? Sales are falling and new product emphasis has seemingly been placed on crossover utilities like the RDX and MDX. The NSX, the progenitor of all refined and reliable modern supercars, lived too long a life and we’re still awaiting final word on its replacement. We have no confirmation of V8 power for the next RL but, hey, Acura added some ugly to go with the blaa for the 2009 RL. Insistence on front-wheel drive hasn’t aided the cause of the TL, a car that battles in one of the most competitive and image-conscious sectors of the North American automotive market.
Read up on the Acura Integra Memorial up in here
And now the TSX has been maimed in the same manner as the RL and is far from receiving a power boost. In fact, the TSX will suffer a loss in power, with just 201bhp in a field that Acura sees filled with the Audi A4, BMW 3-series, Lexus IS, and Mercedes-Benz C-class. Acura wants to sell more TSXs than before, but is fielding a progressively less competitive vehicle. The TSX has apparently lost some of its edge, according to Road&Track. Fine to drive, I’m sure. Happy owners, positively. But unless queries come to me with “smooth refinement” being the number 1, 2, and 3 priorities on the list – I’ll direct sport sedan buyers elsewhere. 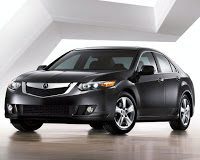