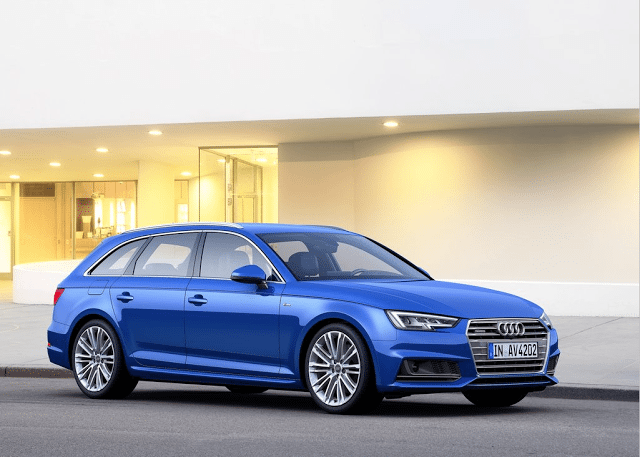 FUTURE
Although the next Audi A4 Avant, like the outgoing car, is not likely to be sold in North America, an Allroad version of this 2016 Audi A4 Avant is somewhat more likely. Just as the new sedan looks an awful lot like the departing sedan, the new Avant isn’t easily distinguishable from the old.

GOOGLE
One of North America’s most famous automaker CEOs, former Hyundai Motor America boss John Krafcik, is leaving TrueCar and will begin working at Google as head of their self-driving car project at the end of September. Krafcik tweeted about the news last night.

POLICE
Future Dodge Charger police cars will utilize FCA’s impressive UConnect system with a larger touchscreen that also displays typical police software. The 12.1-inch screen looks impressive and saves plenty of space. But will cops – many of whom type extensively throughout their shift – like the move to a vertical touchscreen keyboard?

INSIDE THE AUTO INDUSTRY
Audi, BMW, Ford Motor Company, General Motors, Mazda, Mercedes-Benz, Tesla, Toyota, and Volvo are cooperating to make automatic emergency braking standard equipment on all their new cars likely by the end of the decade. Don’t confuse “automatic braking” with autonomous braking. The subject at hand involves the car bringing itself to a halt only in exceptional circumstances – ideally – when the driver is not believed to be bringing the car to a stop in a must-stop scenario.

REVIEW
Speaking of the new A4, evo calls it the best Audi A4 ever. That’s no surprise. But is it better than its rivals?

WATCH
Sometimes seeing a car in motion alters your styling verdict. Wheelarch-filling wheels, for example, cause the active car to look more impressive than the static example. Is that true in the case of the Bentley Bentayga? No.