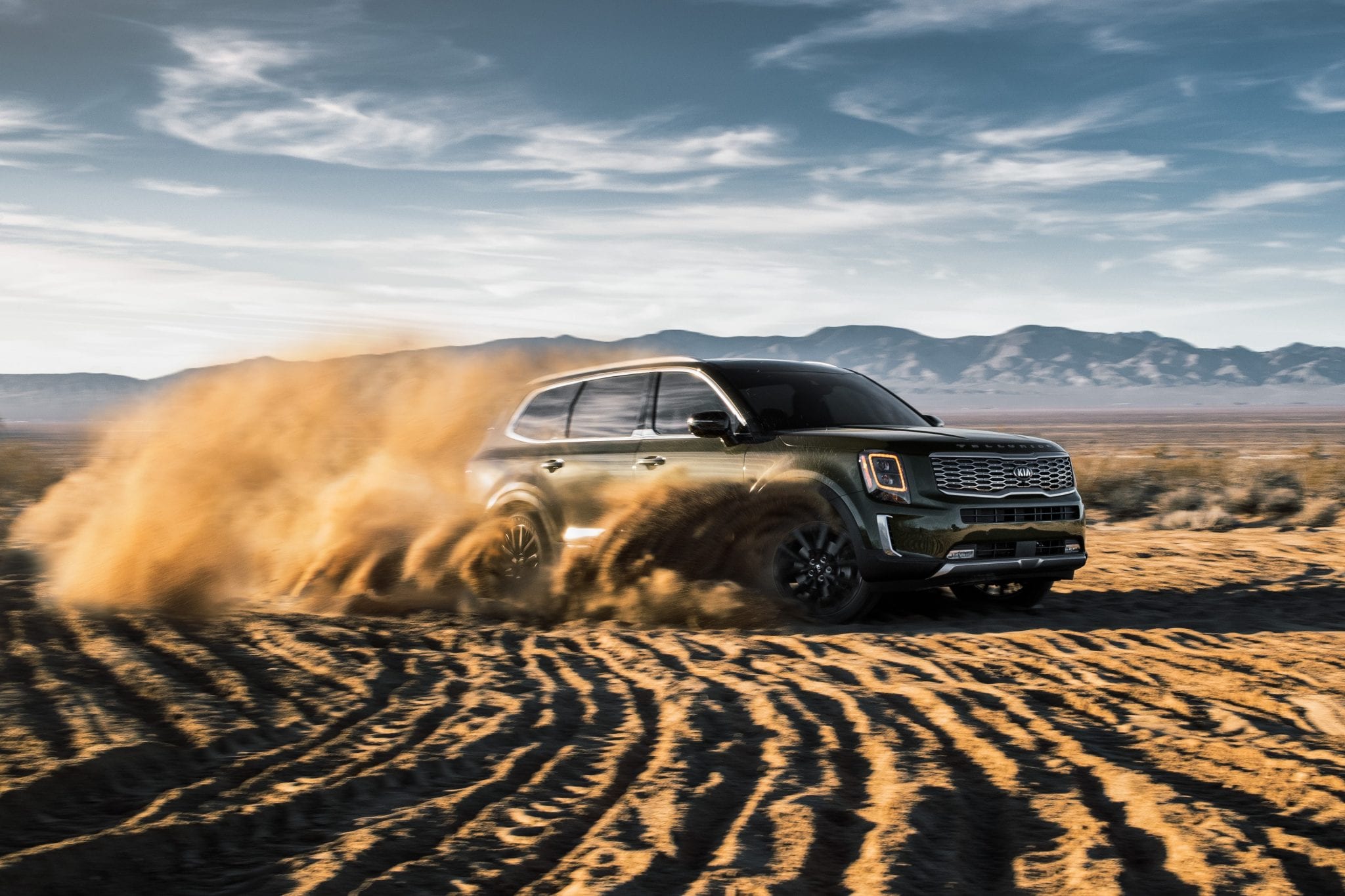 People Are Tell-U-Crazy About It

A Large New Ride From Kia

These awards certainly hint at greatness but do these accolades match up with the sales numbers? Yes, yes they do. According to Automobile Magazine, Kia refers to the Telluride as the “Sell-u-ride” due to the fact that the model is very popular. But is it as good as many folks seem to think, and what will it mean for the Kia brand?

Is It As Good as People Say?

I recently reviewed the Kia Telluride, and I found it to be nearly as good as the segment leaders, but I thought it came up short in a few key areas.

I had issues with the fit and finish inside the cabin and found the interior materials to look nice but lack the feel that I wanted from them. In my tester, the area around the rearview mirror was a bit loose, the materials on the A-pillars weren’t tightly fitted, and the center console compartment doors felt cheap and didn’t always want to close. The drive, too, felt not quite as refined as I’d hoped, and the Telluride felt big on the road.

All of these things didn’t totally disqualify it from being a good SUV. It’s slightly bigger than the competition, very comfortable, and safe, but I was slightly dismayed by what I’d found considering the vehicle comes so highly regarded by other journalists who I know and trust.

Still, I found the vehicle to be a good entrant into a tough segment. It’s hard to do the three-row midsize SUV right, and Kia certainly has. The model deserves some praise, but I hesitate to say it’s as good as everyone says it is. There are better models out there even if  they’re only slightly better.

Part of the reason the Telluride is getting so much praise and so many accolades is due to the fact that it was a new model and that it came from Kia. Kia is a brand on a serious upswing right now. The company released the Stinger GT sports sedan in 2018 and now it has the Telluride for the family. These offerings are helping reshape the Kia name in many people’s eyes.

How Well Is It Selling?

In its first year of sales, there were 58,595 Tellurides sold. That’s a considerable number, and the Telluride pretty much immediately became a key player in the Midsize SUV market. While the segment leaders, like the Toyota Highlander and Honda Pilot, still outsell the Kia considerably, it’s clear that the company could make some serious headway with this model.

The simple fact of the matter is that Kia has a real winner on its hands. It has succeeded in capturing the press’s praise, and in turn, got people to show up at dealers to see what this new Kia SUV is all about. Once there, the dealers work their magic and boom! The cash comes rolling in. The Telluride certainly makes business sense.

What Is the Importance of the Telluride?

The first and most obvious thing that makes the Telluride important is that it’s selling well. Kia can always use more cash to reinvest in the business and put towards expanding its operations and doing research and development on future products. From a cold hard dollar side of things, the Telluride is a player. It matters for Kia now.

But there’s more to the equation than that. Kia has been hard at work for the last couple of decades to shake the idea that its vehicles are cheap and somewhat undesirable vehicles. The company wants to make the brand a bit more aspirational.

That’s what the Stinger GT was and is about, and I’d argue that the Telluride is another move in that direction. No, it’s not some sporty high-priced vehicle, but it takes some of that branding currency built up from the Stinger and cashes in on it. At the same time, the company is building up its brand further with the Telluride. The model is a step above the company’s previous offerings, and that is a fact that’s recognized by pretty much everybody consumers and critics alike. If the company can keep the momentum rolling, I see good things for both the Telluride and Kia as a whole.