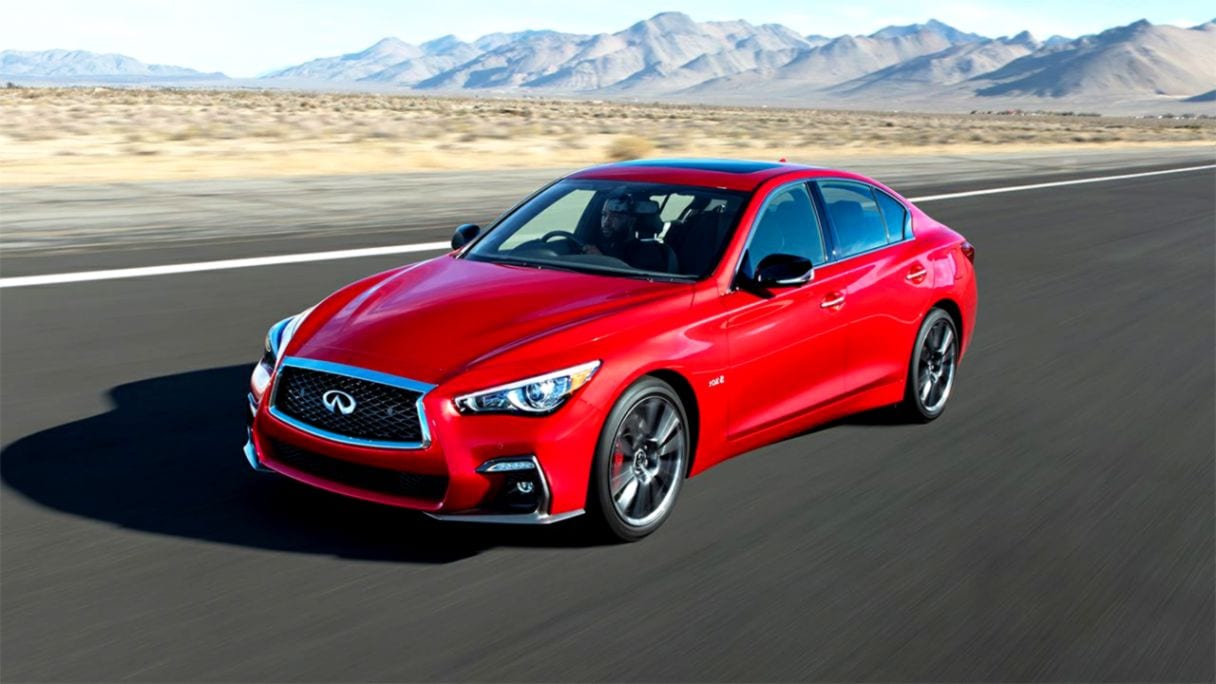 Monthly and Yearly Sales Figures for Infiniti in Canada

This is your hub for all of the Infiniti sales data for the Canadian market.

Infiniti is Nissan’s luxury brand. Infiniti sells cars and SUVs, and most Infiniti models which comes with high-tech interior and a plethora of performance features. It is also among the luxury car brands that are available to most consumers. Infiniti primarily competes with BMW, Lexus and Acura in North America. When it comes to innovation, Infiniti has also been ahead of the pack in introducing some performance features, like Active Lane Control, which is similar to systems in found self-driving cars.

The Infiniti brand was created for those who preferred Japanese quality of Nissan but also wished to drive a luxury car. The brand was originally created for the American market, however its rapid success soon proved that it could compete with major automakers on the global market. Nowadays, the company has its offices in more than 35 countries such as Canada, Mexico, Middle East, Ukraine, Russia, South Korea and Taiwan, as well as China.

Even though Infiniti doesn’t have the same reputation as other luxury brands such as Mercedes-Benz or BMW, it still manages to sell more and more vehicles in Canada, year after year. From 2014 to 2019, sales of Infiniti-branded vehicles in Canada are hovering above the 10,000 mark.

In a record 2018, Infiniti sold 12,581 vehicles in Canada. It was the brand’s seventh consecutive year of growth. Canadian sales of Infinitis in 2019 – 75 percent of which are utility vehicles, including the newest QX50 – are up 4 per cent compared with last year. That’s largely down to growth from the brand’s SUVs/crossovers, which are up 23 per cent, and in spite of a 30-per-cent car drop.

Below we have a table that shows Infiniti sales for the Canadian automotive market, but this time it is broken out by month. This is on a unit basis. This is Infiniti new vehicle sales in Canada.

Below is the unit volume sales and unit growth rate for the Infiniti brand in Canada.

Below we have a table that shows Infiniti sales volumes for the Canadian automotive market. This data captures all Infiniti car sales. We found a great data source in Infiniti directly who publishes sales data for the Canadian market periodically. We were able to aggregate the data into the below format.