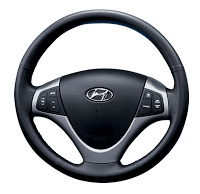 Hyundai’s trek toward the top of the automotive selling heap continues with an amazing month of August in Canada. The only bad news revolves around the Sonata and the Azera, both of which suffered tumbling sales compared with August of 2008. For all the Numbers regarding Hyundai Canada’s month of August, keep reading. Check out other Sales Stats posts here and read everything there is to read on Hyundai here.

—–
2,888 – total jump in Hyundai sales this August over August of ’08, a 38.4% gain which produces 10,418 vehicles sold and Hyundai’s best August in Canada ever
2,667 – total Hyundai Accent sales in Canada for August, a slight drop from 2,866 Accents sold in the same period of 2008
19.2 – percentage gain in Hyundai Veracruz sales, marking the difference between 104 sold last August and 124 sold last month
75.8 – percentage drop in sales of the Hyundai Azera – down to just 8 sold in total – while the Genesis sold in numbers greater than combined Azera/Genesis sales from last August
630 – total Hyundai Sonata sales in August, barely more than half the number of Sonatas Hyundai managed to sell in Canada last August
9.1 – percentage drop in Tucson sales in August, down from 766 to 696, not bad considering the Tucson’s replacement is on the horizon

2,540 – total Hyundai Santa Fes sold in August of 2009; an 84.1% leap from the 1,380 sold in August of last year
91 – total Hyundai Genesis sedans sold in August; favourably contrasted with the 30 sold by Hyundai at the end of the summer break last year
286 – total Hyundai Genesis coupes sold in August; more units pushed than the combined total of Hyundai’s three other “high-end” vehicles: the Azera, Veracruz, and Genesis sedan
124.1 – percentage increase in sales of the Hyundai Elantra sedan; 1,231 more Elantras were sold this August than last
3,325 – total sales of the Elantra nameplate include the sedan and the Elantra Touring
5,992 – combined sales totals for the Elantra, Elantra Touring, and Accent in the month of August 2009, more than the whole of Hyundai sold in Canada in January and February of 2008 and January of 2009