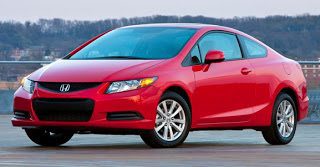 Home
Commentary
Marketplace
There was little doubt that official images of the 2013 Hyundai Elantra Coupe were going to be tasty. The Elantra sedan has always looked like the kind of good-looking sedan that was originally designed to be a two-door con trunk. Now the Hyundai compact has simply ended up at the point where it always needed to be. 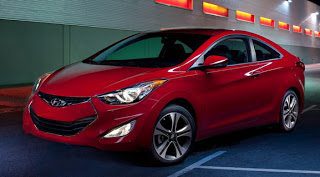 This particular post doesn’t deal with those matters. For one thing, because most manufacturers, (including Honda with the Civic) don’t separate their coupe and sedan numbers when the models share a name and differ only by the number of doors, there’s not too much point getting all het up about future sales figures. More importantly, coupes are all about style. There is no other reason to sacrifice rear entry. So let’s examine the style. We’ve thrown the Kia Forte Koup into the mix for a more thorough look at the segment: two-door cars based on mainstream compact siblings.

The (rare) customer who buys the Honda Civic Coupe because it’s supposedly the best-looking car in the class is entitled to do so, but one must wonder, do they base that decision on what the Civic Si Coupe looks like? A basic version of the two-door Civic is awkward where the previous-gen car was inventive; elongated where it should be shortened; tucked where it needs to be stretched. That said, the Civic is wheel-sensitive and light-sensitive. If only Honda’s press photographers pushed company bosses for more creative sets, the Civic would instantly shine brighter.

The Kia Forte Koup has strong shoulders and a muscular stance, but that rear diffuser is an inside joke that lets you in on the fact that the Koup doesn’t offer the driving experience it should. By design terms, the Forte is an impressive feat. To change so few parts on the humdrum average-looking Forte sedan and produce a two-door that looks this good isn’t easy, and Kia should be congratulated.

So, better-looking than the Civic the two-door Kia Forte may be, but does it measure up to the Elantra Coupe? In certain cases – and it appears as though the Elantra may be one such case – it takes a few drive-bys to determine how a car rests on its wheels, whether it will be capable of engaging the public when a very similar looking sedan has become normal. The Elantra Coupe seems much more delicate than the Forte Koup, all curves where the Koup is hard lines. Flowing lines are not to be faulted, however, particularly when they’re cohesive, linking the back end to the front with the sort of consistency that’s been sorely lacking in small car design for… most of our lives. 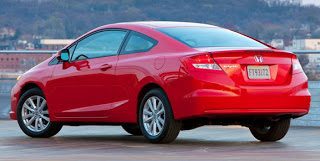 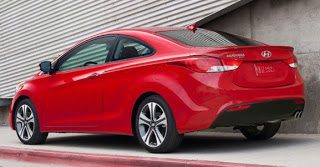 Stripping the Elantra of its rear doors will not turn this Hyundai into a sports car. Even the Veloster isn’t a sports car. One place Honda easily beats Hyundai is at the upper level. Honda has the zippy Si. Hyundai has nothing in the Elantra Coupe with which to beat the rev-hungry Si. Nevertheless, if this coupe isn’t a huge benefit to the Hyundai Elantra range I don’t know what is. Of course, the Elantra GT will likely be the bigger seller in practical car-friendly Canada, where the outgoing Elantra Touring sold frequently enough to be Canada’s 22nd-best-selling car on its own. And that was late, very late, in its lifecycle.

Style, of course, is subjective. So this time, and just this time, ignore the words and start looking at pictures. Each set of images show, from top to bottom, the Civic, Elantra, and Koup. Click any picture for a larger view. The Gallery below showcases the new 2013 Hyundai Elantra Coupe. Links below the gallery will direct you to other GCBC image comparisons.