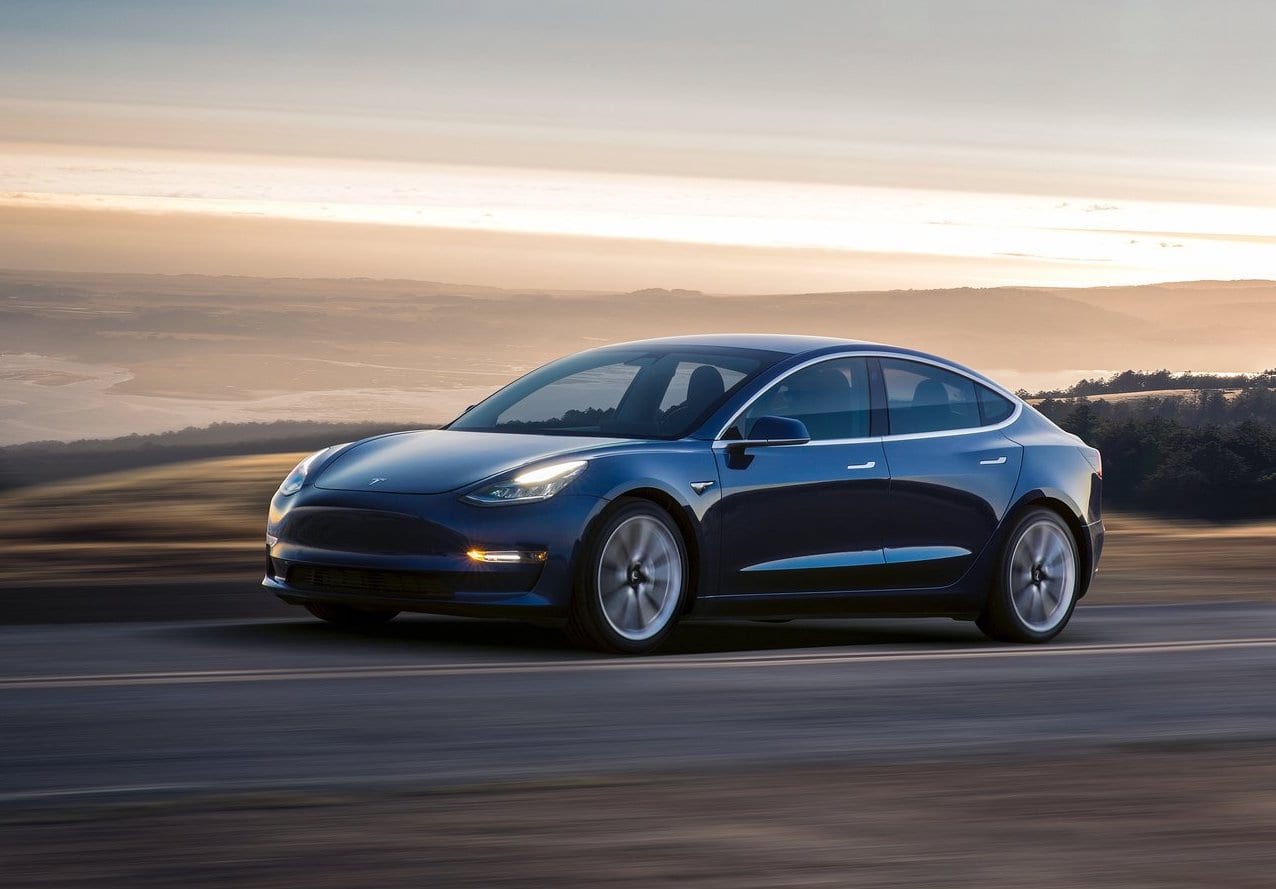 How Long Do Electric Cars (& Their Batteries) Last?

The Big Question for EVs

Electric cars will define the future of the automotive industry. Practically every automaker is investing millions of dollars into electric car technology, and this is occurring for every type of vehicle from small economy cars to pickup trucks to supercars and hypercars.

On the performance side of things, electric cars are actually often more impressive than their internal combustion counterparts. The instant torque provided by an electric motor makes for fast acceleration. On the other hand, electric cars have some work to do when it comes to charging times and batter range.

Overall, though, electric cars are a viable option for most drivers, and this leads to a lot of people asking questions about how long EVs last and what the maintenance on an electric car is like. Well, let’s take a closer look at these questions.

What’s the Longevity of an EV and Its Batteries 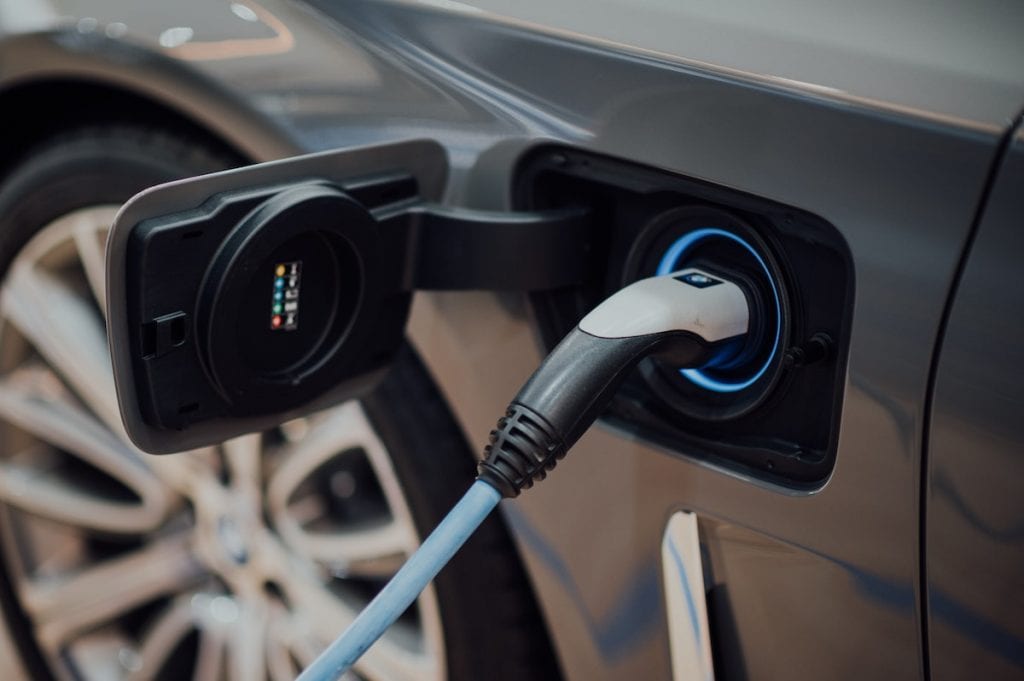 The car itself should last for decades, electric cars are built on similar chassis designs to other cars, so the body, wheels, suspension, and everything not powertrain related will last just as long as any other car.

When it comes to the battery and powertrain of electric vehicles, it’s mostly good news. Electric motors have far fewer moving parts than an internal combustion engine. The single-speed transmission found in most electric cars is a lot simpler than the transmission found in internal combustion engine cars, too. These simpler components with fewer moving parts should last a really long time.

As for the batteries in electric cars, they’re lithium-ion batteries. This means they provide a greater energy density than typical lead-acid batteries. They hold a charge for a long time even when not in use, and they can be charged time and time again without too much degradation.

Coverage for the warranty is usually dependant on the level of charge the battery can hold. If it falls below 60 or 70 percent of its capacity, then you can get it replaced and the warranty will cover it, according to Carfax. That is just for most automakers, though. Some require the battery to be unable to hold a charge at all.

As for how long a battery in an electric car actually lasts, well, it really depends on a variety of factors, including temperature and the type of charger you use, according to Carfax.

Lithium-ion batteries struggle with heat, so if you live in a very hot environment, you’ll often notice your battery losing its ability to hold a charge sooner than if you live in a place with moderate temperatures.

Also, Carfax notes if you quick-charge your car all of the time, you will hurt the battery’s longevity. Slower charging is typically better for battery life. This can also be connected to heat because fast-chargers produce a lot of it when they’re operating.

However, all factors aside, batteries in electric cars should last around 200,000 miles, according to MY EV. That’s about the same amount of miles you can get on many cars with internal combustion engines if you take good care of them. In terms of years, that’s usually over a decade of driving, depending on how much you drive. The cost of ownership of an electric car will likely be far less all things considered.

This will only get better in the future. Elon Musk, the founder of Tesla, has discussed million-mile batteries in the future. These batteries could be recharged time and time again until the car has driven 1 million miles. That, however, is a little bit down the road. 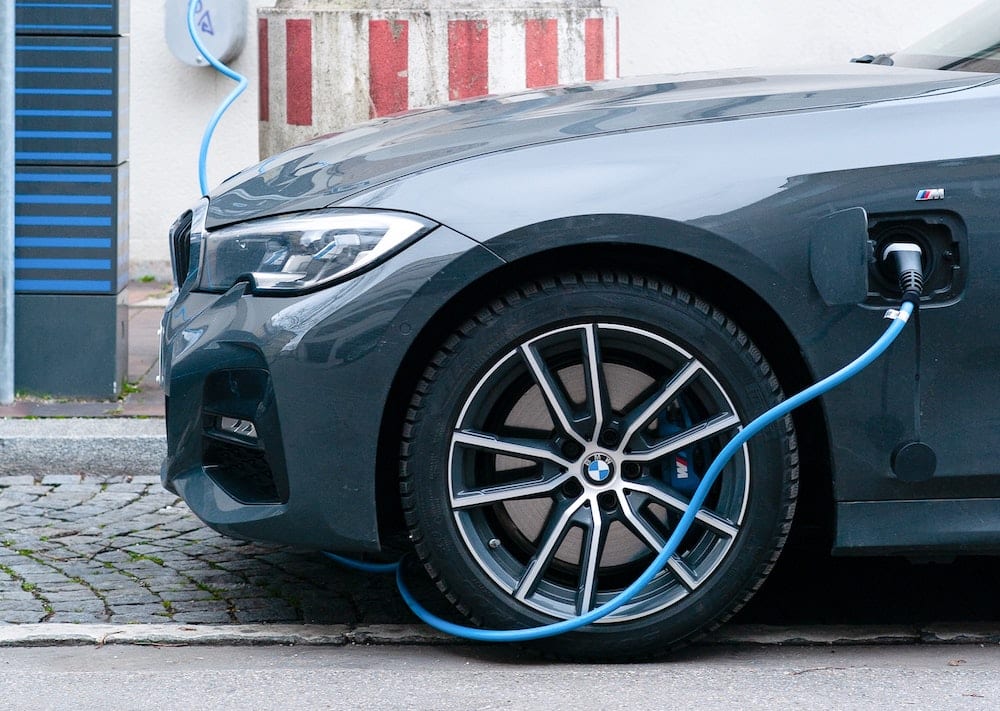 In general, electric cars will have far less maintenance than a car with an internal combustion engine. The far fewer parts mean the powertrain will not need much regular maintenance. This means no oil changes, coolant changes, or air filter changes, and all of those other things you’re used to doing every few thousand miles.

Of course, there is still some maintenance. You’ll need to do tires and brakes on a regular schedule. Also, your suspension will need occasional maintenance. Lights and electrical systems will also need service from time to time, but these intervals are generally few and far between.

This can help you save a good amount of money a year in maintenance costs and thousands over the course of the time you own the car.

With that said, whether or not you’ll actually save money driving an EV is a hotly debated topic. In a AAA survey, it was determined that an ICE car is actually cheaper when you factor in depreciation and insurance into the equation by $590. This is with tax credits factored in as well.

However, InsideEV’s notes that the survey left out Tesla cars and only included legacy automakers, so there were not really that many models included. It’s also worth noting that hybrids of all kinds were excluded, and only a few ICE cars were used for comparison.

That means there’s some question as to the validity of the survey. Also, if you take out the depreciation factor and look just at what you’ll actually pay while you own the car, you’ll see that the situation is dramatically different. Instead of the ICE car being $590 less expensive, it’s actually $733 more expensive. This means if you take out depreciation as a factor, electric cars are less expensive to own and maintain.

AAA isn’t the only one doing this kind of survey. Recently, Consumer Reports did an analysis of the total cost of owning an electric car vs an ICE car. The analysis showed that battery-electric cars and plug-in hybrid cars are much cheaper to own and operate. Battery electrics cost around $0.012 per mile and PHEVs cost $0.028 per mile. ICE cars on the other hand cost around $0.031 per mile to operate.

In terms of fuel savings, a battery-electric vehicle will save $790 over the course of 15,000 miles compared to an ICE car. If you compare an electric SUV to an ICE SUV, you’ll get even better savings of $1,020.

The methods used for the study were a little more sound than AAA used for its survey, but it’s still not perfect. The sample size for some metrics like the repair cost analysis was on the smaller side. Still, the data shows that massive savings of thousands of dollars over the course of the car’s lifetime. in some cases it’s up to $23,000 if you compare battery-electric cars to ICE cars with similar acceleration.

In the end, Consumer Reports indicated that buying a used EV could be one of the best ways to get a good, affordable-to-own vehicle. It showed that savings from buying a five-to-seven-year-old EV instead of an ICE car should be two to three times higher than buying a new EV. This means that the reduced maintenance and lower costs of operating, in general, will save you money, and if you buy a used EV, it will save you tons of money.

What Happens When an EV Gets Older? 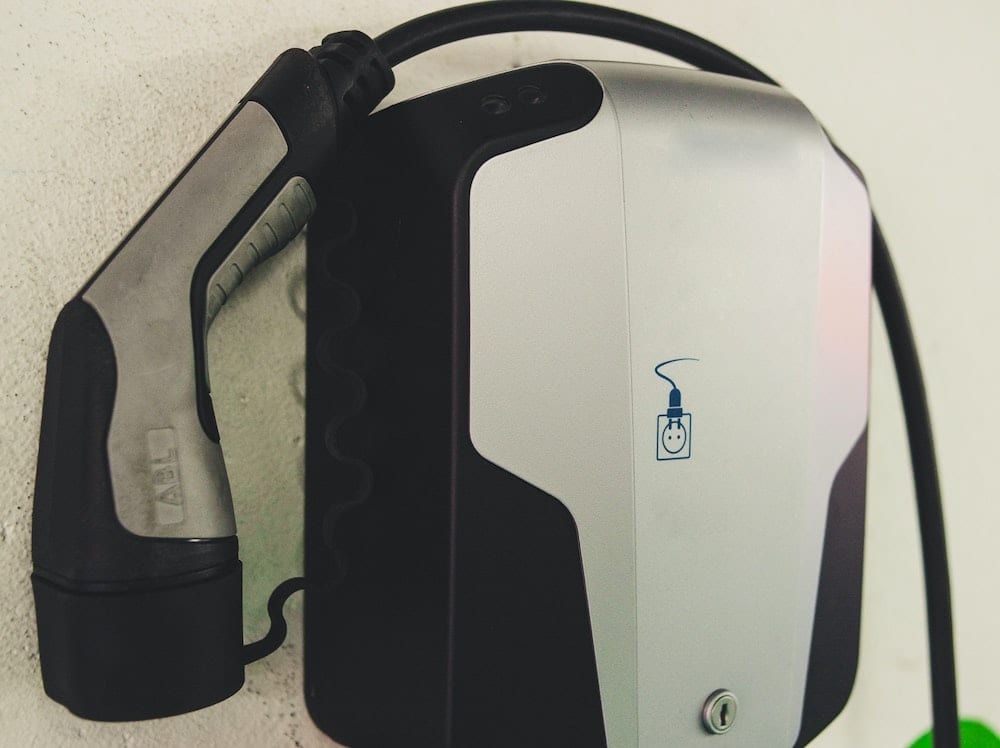 When an EV gets older, you will see the battery deplete some. This is natural. As a battery gets charged up and discharged, again and again, the battery will lose the ability to hold the same amount of power.

That depletion is somewhere around five to 10 percent for every 75,000 kilometers driven (about 47,000 miles), according to Battery University. You can check out the graph below to see just how a battery degrades over time. 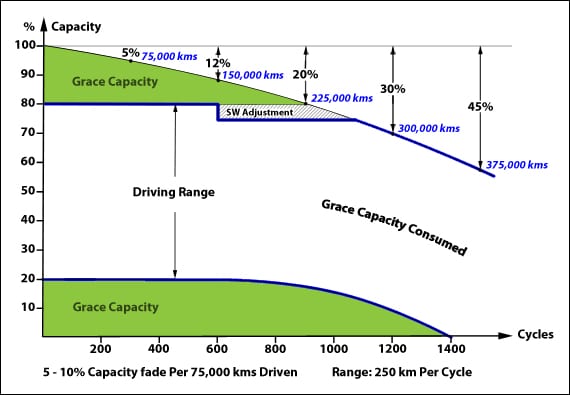 The degradation of the battery is directly tied to the number of battery cycles you put the car through or how many times you charge the car.

As was mentioned above, this depletion can be increased by using fast chargers often. If you want to make the most of your electric car’s battery, then you should really use a Level 2 charger or lower.

The battery and electric motor should be good well after the car is 10 years old and it could continue to be a great vehicle all the way up to 15 or even 20 years, depending on how well it’s taken care of and how far you’re driving.

Again, a variety of factors matter, including temperature. In excessively cold temperatures, battery life should not be impacted, though the amount of power you can get in each charge will. However, if a battery is in extremely hot conditions, then it could see a reduction in overall life.

It’s important to note that the rest of the car will age like any other car. This means that suspension will wear out, excessive moisture and the use of salt on the road (I’m looking at you Midwestern America) will cause rust, and many other things that happen to cars as they age will.

In general, though, you can rest assured that an older EV will function very much as it should unless it has been thoroughly neglected or was in an accident of some kind.