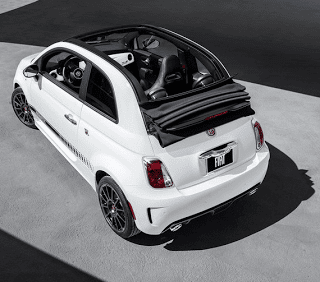 Canada’s new vehicle market was dragged down by big import brands like Toyota, Hyundai, Honda, and Nissan. As the Chrysler Group, Ford Motor Company, and Chevrolet reported 2%, 5%, and 3% improvements.

Predictably, Canada’s new vehicle market was stronger in February than in January – it always is. In 2012, however, the Canadian market grew 9.5% from January’s 97.5K sales to February’s 106.7K sales. Not only was January 2013 weaker than January 2012, February volume was only 8.2% stronger than January volume.

Sales of non-GM/FoMoCo/Chrysler brands fell 7% in February 2013. The Detroit trio (including Fiat) produced a collective 2% improvement. Of course, the desire Canadians have for trucks – and the ability Ford, Ram, and GM have to provide buyers with trucks – help with this. 46% of Ford’s Canadian volume came from the F-Series, which continues to sell more and more often. Just like Porsche, which continues to improve on a record 2012.

Suzuki Canada is starting to look more and more like its now-defunct U.S. counterpart. No brand reported a worse year-over-year decline in February. Aside from low-volume Jaguar, Chrysler was the most improved brand, rising 35%. Jaguar nearly doubled sales from very little to a little bit more than very little.

Premium brand victory was captured by BMW-beating Mercedes-Benz. We’ll wait and see if the Sprinter commercial van made that possible, or if it offered nothing more than an un-needed boost.

You can always find specific vehicle sales data by selecting a make and model at GCBC’s Sales Stats page. Numbers for individual cars will be updated as they become available.

Meanwhile, the U.S. version of this list showed some settling but general positivity.

Click column headers to sort by specific categories. Using the mobile version of GoodCarBadCar? Switch to the web version at the bottom of the page, at which point columns should be sortable.
Updated @ 9:55 PM AT on 03.07.2013