It was a common belief at the beginning of May, when automakers released their sales date for April, that the first couple days of June would reveal bad news, as well. The commonality of any belief does not prove that belief to be true; however, the statistics manifest as proof that the common belief held true. 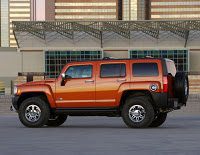 44.3 – jump in sales this May vs last May, measured in percent, for the Chevrolet Aveo