The Big & The Bold To Rule The Streets!

While Shrinking, the Full-Size Sedan Segment Soliders On

Ranked: The Best Small Sedans for 2021

Full-sized cars have become rarer and rarer over the years. Most of the market segment has moved into mid or full-sized SUVs or CUVs, yet there are some stalwart remnants that still prowl the streets.

To define a full-size car, the definition according to the EPA is any vehicle that is not of a truck or utility category with around or more than 120 cubic feet of passenger space.

Unfortunately, the flip side of having such large passenger space inside is that these cars are usually quite up the scale in terms of price, and many even cross-over with the luxury category.

However, we have researched extensively and have found the few remaining cars that will define the segment headed into 2021! See also: best full-size luxury cars for 2021.

The Kia Cadenza is probably the biggest gauntlet-slap-across-the-face challenge to the established European and American luxury brand companies that can be given. Nicely styled, with standard features that many other companies will charge you exorbitant amounts for, it is the best value for a full-sized car today.

Providing the power to get the Cadenza rolling is a refined, powerful 3.3L V6 that puts out 290 HP, mated to a driving-style selectable automatic transmission. Want to cruise around the city? Set it into drive and go on your merry way. Want to have a bit more involvement? Simply move the gear select into sport or pull one of the paddle-shifters on the wheel, and it drops it into sport mode.

The interior is where the real feature set gets shown off. Standard heated front seats. Standard 12.3 inch wide infotainment display with included navigation. A wireless phone charger built into the center console cubby. Remote start standard. LED lighting all around. Fine leather and wood grain finish in the cabin. Dual-zone front climate control, and single-zone rear climate control. So many driver assists it would take an entire article on its own to describe them.

Truly, the only failing point of the Cadenza is that the rear seats don’t fold down to allow for large pieces of cargo to be carried. It is also, as are most luxury-level cars, a bit numb on the steering without any real excitement transmitted through the wheels. 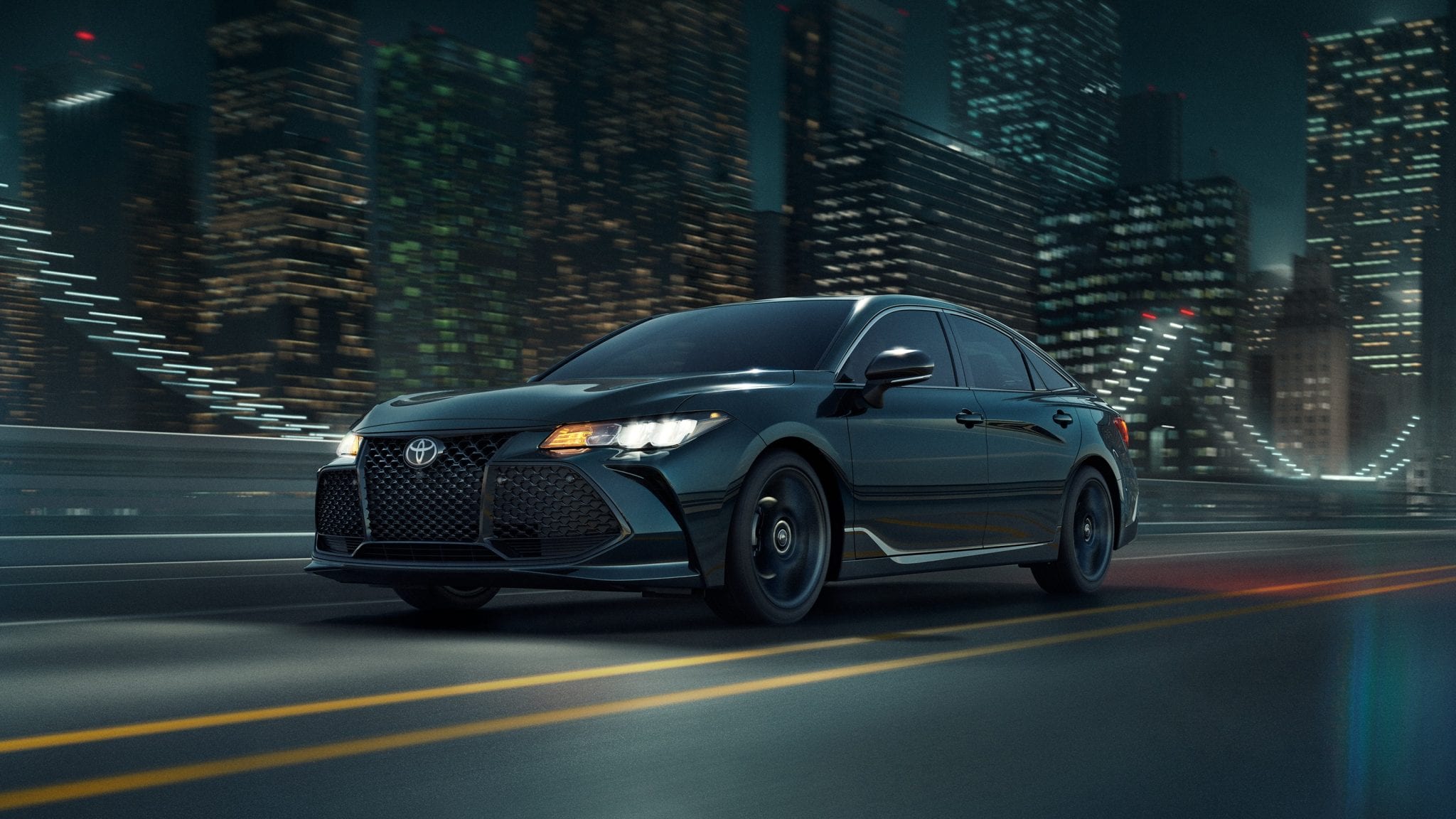 The Toyota Avalon is one of those cars that definitely ranks in the love-it-or-hate-it section of looks. The standard Avalon does have an aggressive nose that ties into the Toyota Gazoo Racing-styled cars such as the GR Supra and some of the Lexus luxury brand sport models, but the hybrid model, in efforts to make it as slippery as possible, looses most of the fun nose in exchange for better aerodynamics.

The Avalon comes with three distinct powerplants, across 6 sub-models. The top-spec engine is a 3.5L dual-injection system V6 with 301 HP, mated to an 8-speed sport automatic. The other gas-only spec is a 2.5L liter inline-four that, despite not having a turbocharger, makes a respectable 205 HP.

The hybrid model combines a detuned and more economical version of the 2.5L engine that produces 176 HP, combined with a high-output electric motor that has the equivalent of 118 HP. Toyota’s brochure states that when both engines are working together, they produce 215 HP in equivalent force.

In terms of being a full-sized car, however, the Avalon has one of the best features available: a trunk combined with fold-down rear seats. The trunk itself is massive at 16 cubic feet of space but expands to nearly 65 cubic feet with the rear seats down.

As well, being a Toyota, there is very little that can go wrong, as they are known for building some of the most reliable, long-lasting cars and engines in the world. We only wish that the infotainment system would not fall into that long-lasting spectrum, as it doesn’t seem to have been updated since 2010. 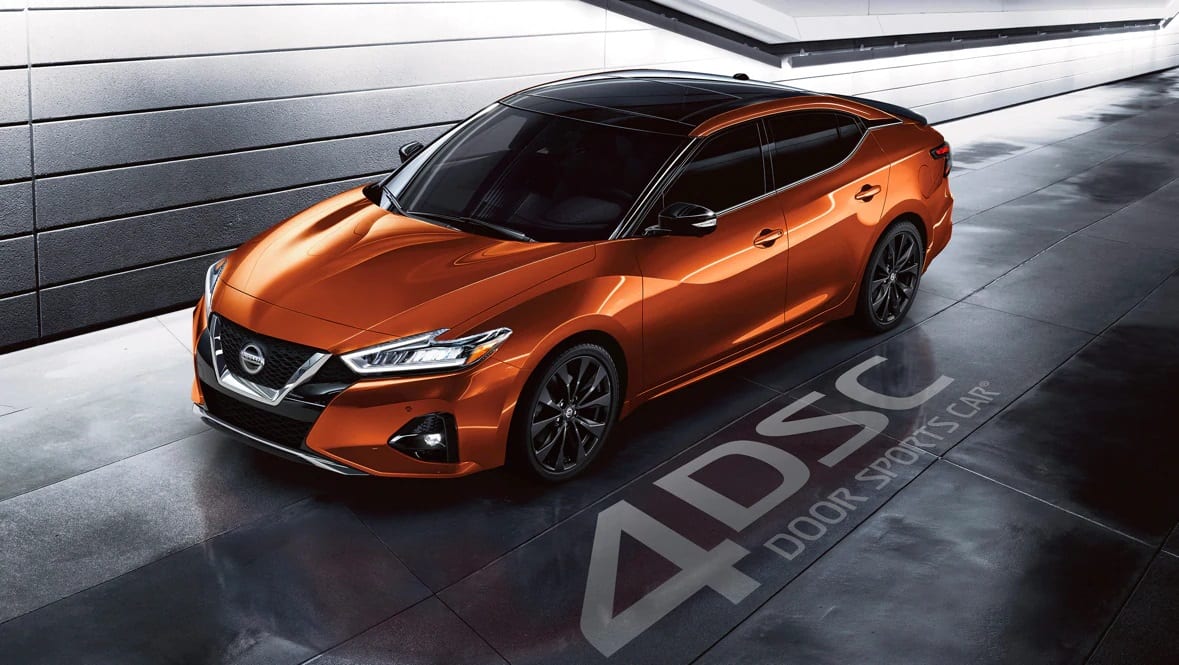 In a list of full-size cars, something called the Maxima just fits in like it was meant to be. Yet, there is something about this big beast of a car that makes it seem more than just a big chassis with four wheels and a body on top of it.

The real heart of it is that the engine is of the legendary VQ like of Nissan V6’s. The VQ V6’s have appeared in some cars you may have heard of, such as the Nissan 350 and 370 Z cars, and was the basis for the VR36DETT engine in the astounding Nissan GT-R.

Providing 300 HP and a grunty 261 lbs-ft of torque, the 3.5L VQ V6 in the Maxima easily makes it the fastest accelerating foreign car on today’s list, by a country mile. It also isn’t afraid to unleash some of that classic Nissan howl when pushed hard.

The fun of the engine, however, is countered by the fact that all trims, despite having sport mode buttons and great comfort and cabin features, are equipped with a CVT. This sucks all the fun of hearing the engine climb through multiple sets of revs and instead makes it almost into a flat droning sound.

A DCT or even a classic 6-speed manual option would shoot this car to the top of this list without question, but alas, this is the age of efficiency, and CVT’s are seeming to be the way forwards. 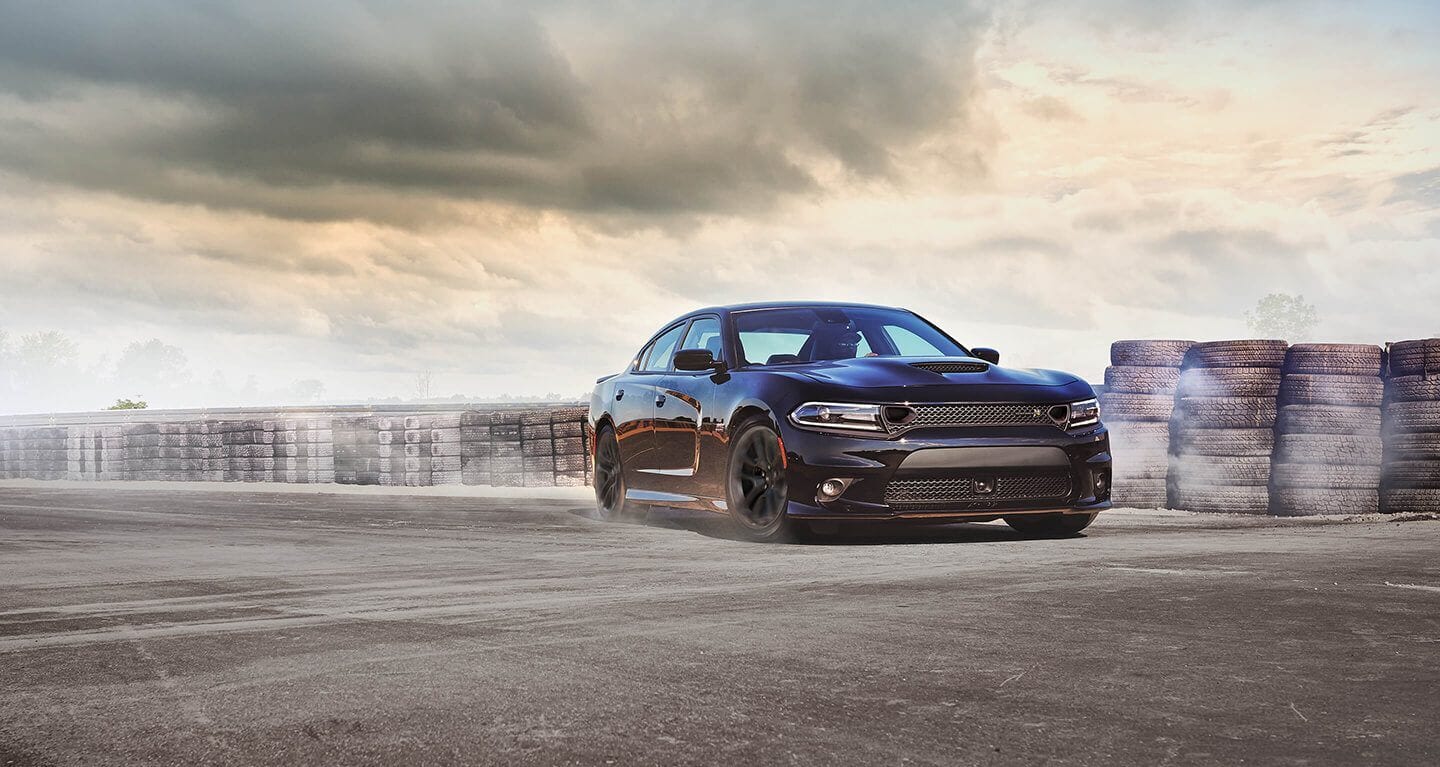 The 2021 Dodge Charger is for the driver that wants to have a full-size car that is unapologetically in-your-face aggressive. Even the base model SXT RWD model is hunched down, looking like a predator ready to leap forwards and take a good chomp of your leg as you hop around trying to swat it off.

Being American, there are a couple of “low power” engines in the 3.6L V6 that drive the lower end of the model range. Low power, in this case, being 300 HP and 260 lbs-ft of torque. However, When you move up to the V8’s, that’s where things start to get either exciting or silly.

The base 5.7L Hemi V8 in the R/T model produces a measly 370 HP and 400 lbs-ft of torque. If you are truly insane, there is a 6.4L version with 485 HP. And for those with no sanity at all, there is the SRT Hellcat, with a 6.2L supercharged V8 producing 707 HP and enough torque to reverse the spin of the Earth.

The reason that we’re focusing on the engines so much is because that is pretty much the party piece of the Charger. The interior materials are a solid “meh,” the instrument cluster is nice but the rest of the dash is definitely hard touch plastic, and the fuel efficiency is abysmal. At least it has an 8-speed sport shift transmission to add a little fun, but it’s not the nicest place to be inside, and the rear legroom is barely enough.

There are positive points, nonetheless. The interior is easily the biggest feeling of any on the list today, and even on the base Touring model, the seats are quite plush and comfortable. With the 300C model being discontinued, the brawny 5.7L V8 with 363 HP is no more. Instead, all models will have variable HP ranges from the 3.6L V6, starting at 293 with the Touring to 305 with the “sporty” 300S.

On the negative, however, is the fact that the car has not significantly changed visually since the mid-2000s. As well, the standard features list doesn’t even include heated seats until you get to the 300S, whereas rivals such as Nissan, Toyota, and Kia include them as base model features.

The biggest nail in the coffin, however, is the question of whether it’s even worthwhile getting a Chrysler 300… you get a car that is a decade out of date the instant you sit in it, with an atrocious lack of standard features, an uninspired driving dynamic, and good luck trying to get any dealer to give you anything but the barest dollar for a trade-in, as they know it won’t sell off their lot any time soon.