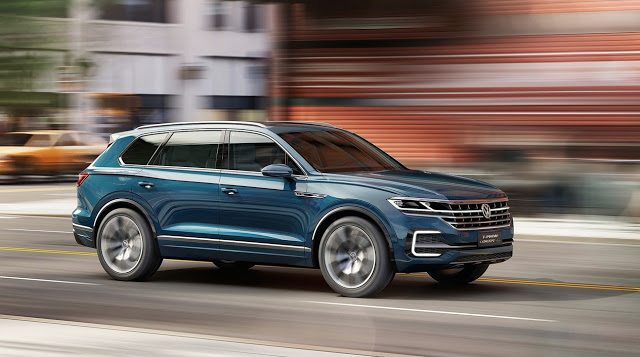 CHINA
2016’s auto show in Beijing has already hosted a number of consequential new vehicles. We discussed the Mazda CX-4 yesterday, but the Volkswagen T-Prime GTE Concept previews Volkswagen’s next new big SUV. There are the typical China specials: long-wheelbase versions of the BMW X1 and Jaguar XF (which will make you wonder, since you thought that’s what the BMW X3 and Jaguar XJ were for.) The CDX is Acura’s upcoming BMW X1 rival. Audi’s TT RS is a 400-horsepower five-cylinder weapon. The Lexus IS has been updated.

EMISSIONS
Put a 37-vehicle sampling of the UK’s best-selling vehicles through official Department Of Transport emissions tests. Which vehicles pass the test? None. – Wards

NISSAN
“You’re either in their camp, and they love you, and you can make a lot of money on Nissan stores. Or they’re not happy with you, or you’re not happy with them, and you have to get out because life is not going to be pleasant for you.” So says Alan Haig in regards to Nissan and its U.S. dealers. – Automotive News

WATCH
When we last had time to spend with a Kia Optima, it was a turbocharged model with disappointing mileage. A pleasant car overall, but a car lost in a struggling Canadian midsize sedan market. Alex Dykes, on the other hand, just spent time in a different turbocharged Optima, a midsize sedan geared towards economy in a country that looks more favourably upon Optimas and midsize cars in general.