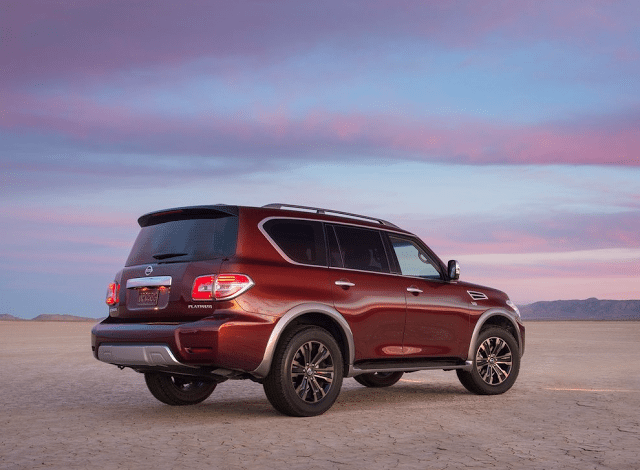 Here are the seven must-read, must-watch auto news stories and videos for Thursday, February 11, 2016.
HATCH
We’ve known for quite some time that the latest generation of Honda’s venerable compact car, the Civic, would eventually be offered in hatchback form. Now we know just a very little bit more about that car. It will be revealed at the 86th Geneva International Motor Show – which is in Geneva, incidentally – in March of this year. We also have a teaser image. It is this car that we expect will eventually be turned into a Type R version.
ARMADA
For 2017, the Nissan Armada will no longer be a full-size SUV version of the full-size Nissan Titan pickup truck. The Armada is now based on the Infiniti QX80, which is itself based on the Nissan Patrol, which is now the Nissan Armada. Too bad they didn’t use the global name. The QX80 reported record monthly sales in December; record annual sales in 2015.
TESLA
Tesla brought in a lot of money in the fourth quarter of 2015. But that’s not the whole story. Not by a long shot. Record revenues were linked to a net loss of $320 million.
TOP GEAR
In addition to The Stig and leading man Chris Evans, the cast of Top Gear now officially includes one of our favourite car presenters, Chris Harris, former F1 team owner Eddie Jordan, Rory Reid, Friends‘ actor Matt LeBlanc, and the woman we all want to be when we grow up, Nürburgring master Sabine Schmitz. An Amazon Prime membership will get you access to the old Top Gear crew.
BIG SUVs
Speaking of the Armada, full-size SUV sales aren’t exactly setting the market on fire in America, despite falling fuel prices and increasing interest in SUVs and crossovers.
ASK GCBC
Some housekeeping. We’ve launched Ask GCBC, and you can join in with many others who are sending their questions to GCBC by emailing askgoodcarbadcar@gmail.com. We’re dealing with sales questions, vehicle selection questions, and might delve into other topics if time permits and the questions are artfully written.