ALARM! Yes to Phaeton, no to Scirocco?

Stefan Jacoby. Remember that name. I haven’t met the man and likely won’t, so I hope he won’t take this personally.

—
Umm… sir. Is ‘sir’ alright? OK then, Herr Jacoby it is. Maybe it’s because you’re new to North America, having left Europe and the Volkswagen homeland of Germany, but it seems to me that you don’t understand us very well. And by us, I mean everybody who found living on this continent of North America.

We want the Scirocco. You presented the concept but it seems now that was just a tease; a taunt. Since that time, you voiced your fear of the ultra-niche market, suggesting that your lineup would be fragmented with too many niche vehicles.

Also, Herr Jacoby, we don’t want the Phaeton. I know, I know, it’d be a different car altogether than the previous boat of a people’s car. That car was an offense to our intelligence; acting as if the Audi A8 your company builds isn’t more worthy of our serious dollars.

I’ll give ya this: you may’ve seen the pics, the market study, and the pricing scheme. I haven’t. Yet a statement like this, “I think it fits perfectly in the market. We will bring it back,” could undo any credibility you ever had, not only with VW enthusiasts or the blogosphere, but with financial analysts and S-class, 7-series, XJ, and A8 owners. 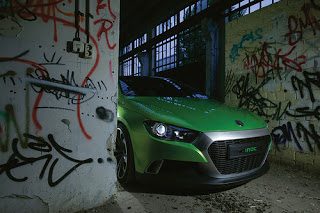 Volkswagen’s are for people like me, Stefan – regular guys. I don’t want to see the biggest, baddest lawyer in the city driving a car with a VeeDub badge on the front. I don’t want an awesome commercial like the one seen below to be linked to a barge that does next-to-nothing better than its competitors.

Scirocco and up!; yes. Phaeton; no. You can’t seem to figure it out Jacoby, so I did it for you.