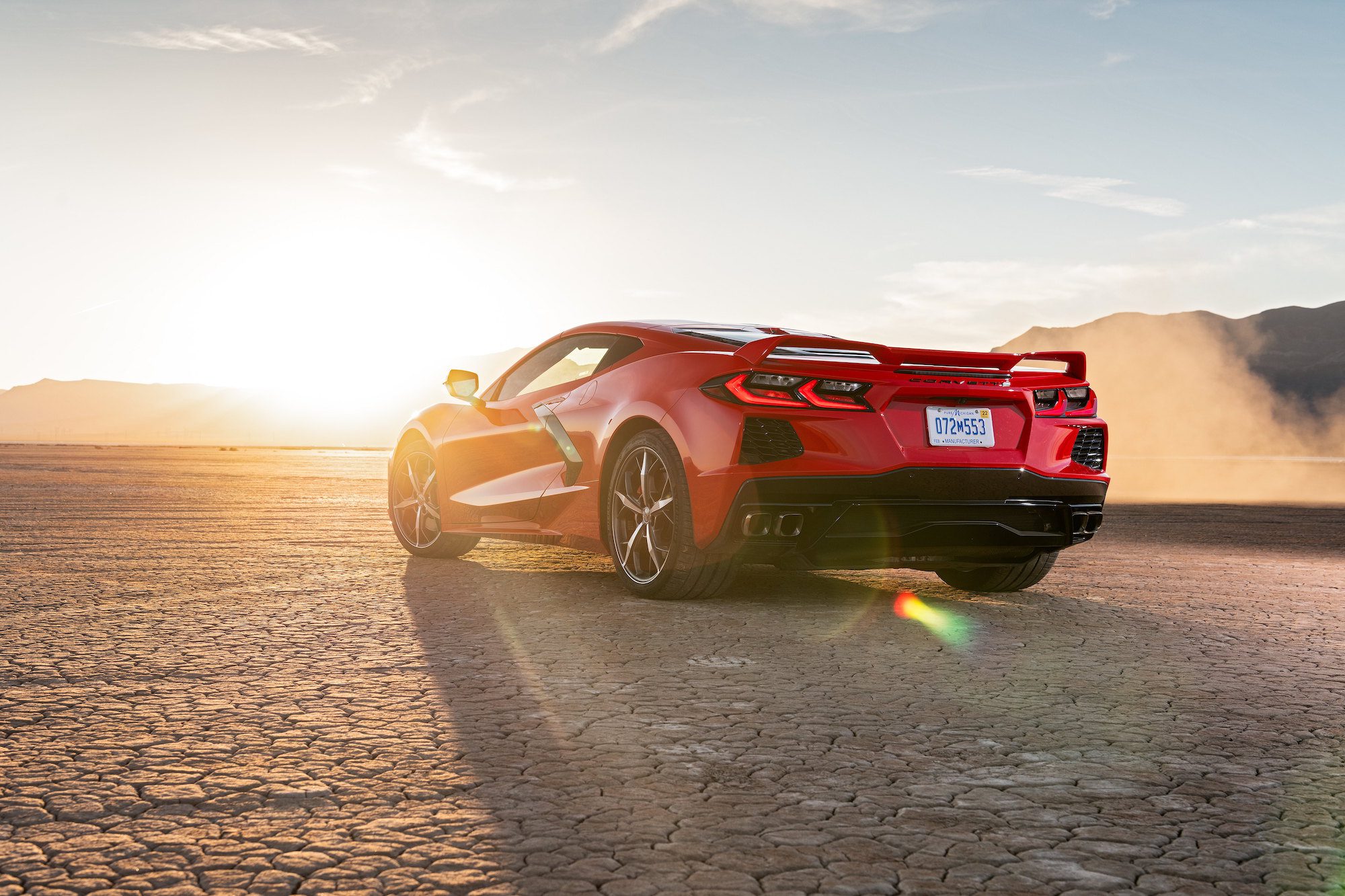 (AKA: What I Want to be Driving This Summer)

There are a lot of excellent cars, SUVs, and trucks that have come out in 2020, but I want to take some time to think about the cars that we all really want to own, sports cars. There’s never been a better time to buy a sports car if you have the means. They’re more advanced, faster, more comfortable, and have a longer list of features and amenities than ever before.

It used to be that if you wanted a true sports car, you would have to make a lot of sacrifices, but now you can get yourself a really nice sports car and you don’t have to sacrifice that much. These cars offer extreme thrills and the best performance out there.

It just so happens that these are all the cars that I actually want to drive and review this year, too. There’s quite a lot of variety in the following cars. Some offer much higher levels of performance than others, but they all provide you with the thrills and give you a reason to get out and drive in 2020. 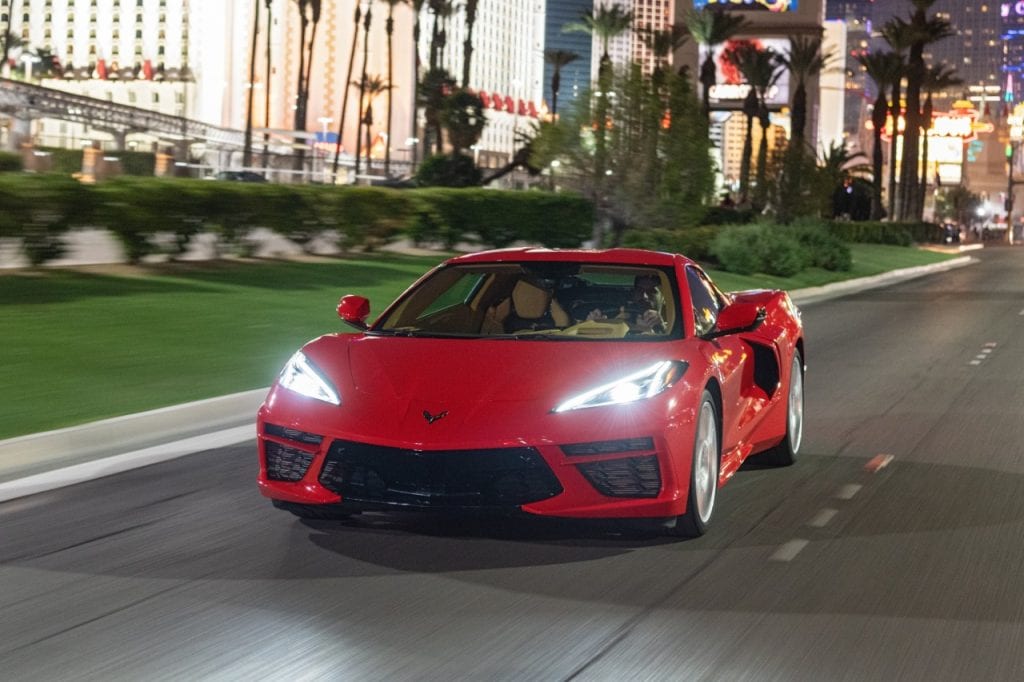 Of all the sports cars that have come out in 2020, the Chevrolet Corvette is the car that seems to have gotten the most attention. Every new generation of the Corvette is special, but this time around America’s sports car changed its stripes. The car switched from a front-engine layout to a read-mid-engine layout. That and the fact that the overall package has been totally redesigned to truly challenge the European competition makes it a sports car worth longing for.

The 2020 Corvette features a new 6.2-liter V8 engine that makes 495 hp and 470 lb-ft of torque when properly equipped. The 0 to 60 mph time is a super-quick 2.9 seconds, and the car’s top speed is a whopping 194 mph. The fact that Chevrolet is getting these types of numbers out of the base Stingray model (with a Z51 Performance Package) is wildly impressive. The only thing more impressive is the fact that it has a starting price of $58,900 (but you can option it up a bit from there). Talk about an everyman supercar. 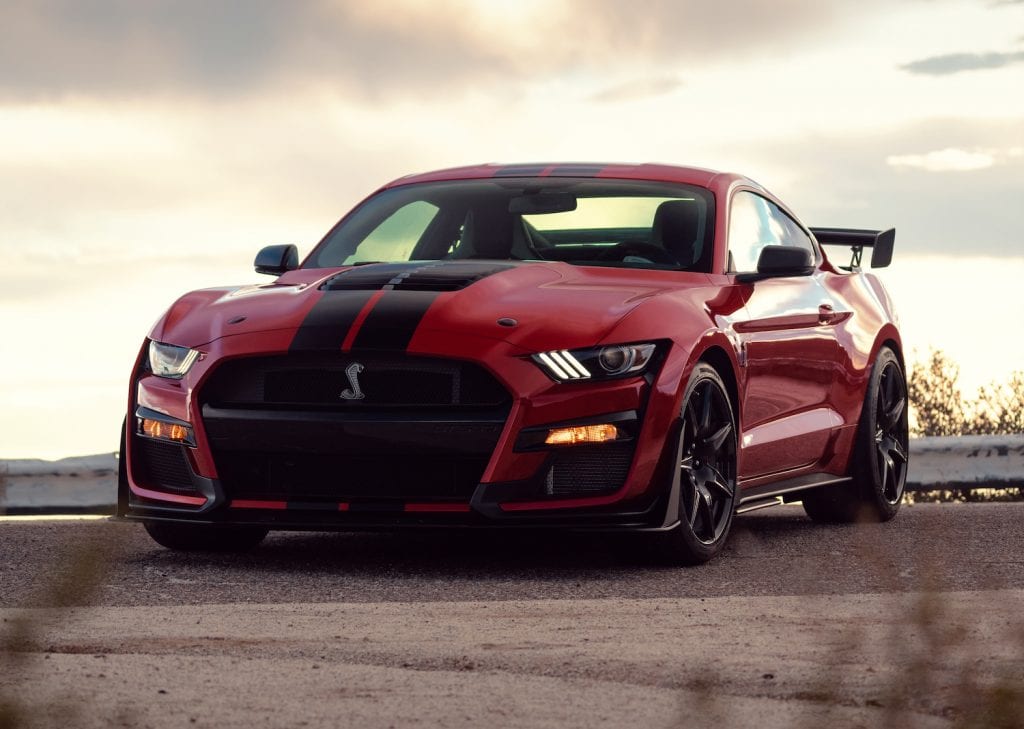 Ford’s Mustang Shelby GT500 is the most powerful and fastest Mustang of all time. The car that established the pony car segment is now one of the scariest muscle cars in the history of motoring. It’s a front-engined supercar that’s really, really pissed off. Ford took the Mustang that we all know and lone and packed it with insane levels of performance.

The two-door coupe is undeniably a Mustang both inside and out. What makes the GT500 special is that it has the most powerful engine, the most extreme suspension and chassis, and more attention to driving dynamics and aerodynamics than any other Mustang out there. The 5.2-liter supercharged cross-plane crank V8 puts out 760 hp and 625 lb-ft of torque mates to a Tremec 7-speed dual-clutch transmission. The 0 to 60 mph time is under three seconds, and the top speed is a whopping 180 mph. The best part is you get it all for a starting price of $72,900.

See our sister site, MustangSpecs.com for all things Ford Mustang. 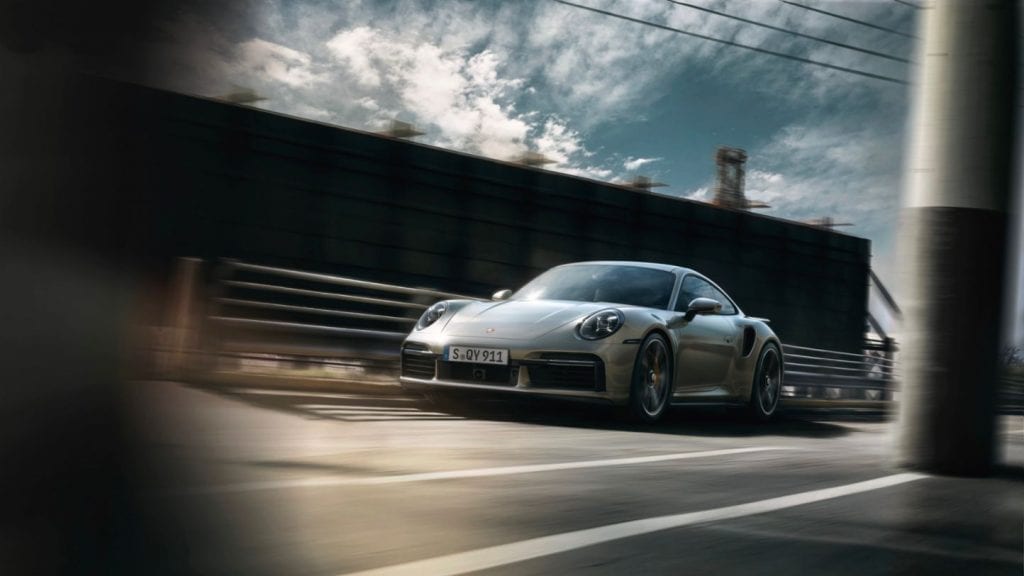 The Porsche 911 is one of the best if not the best sports cars ever made by any automaker. It only seems to get better each generation, too. In 2020, Porsche has a new 911 Turbo S. It is the pinnacle of what this car has become over its many decades of making the Germans look like absolute geniuses when it comes to making sports cars go really fast.

The Porsche 911 Turbo S strives to be the perfect sports car, and I have to say from what I can tell it comes darn close to its goal. The model features a 3.8-liter twin-turbo six-cylinder horizontally opposed engine, which produces 640 hp and 590 lb-ft of torque. With that kind of power, you can make the 0 to 60 mph sprint in just 2.6 seconds with Launch Control enabled. The top speed is a world-blurring 205 mph. Having the best in German engineering doesn’t come cheap. You’re looking at a starting price of $204,850. 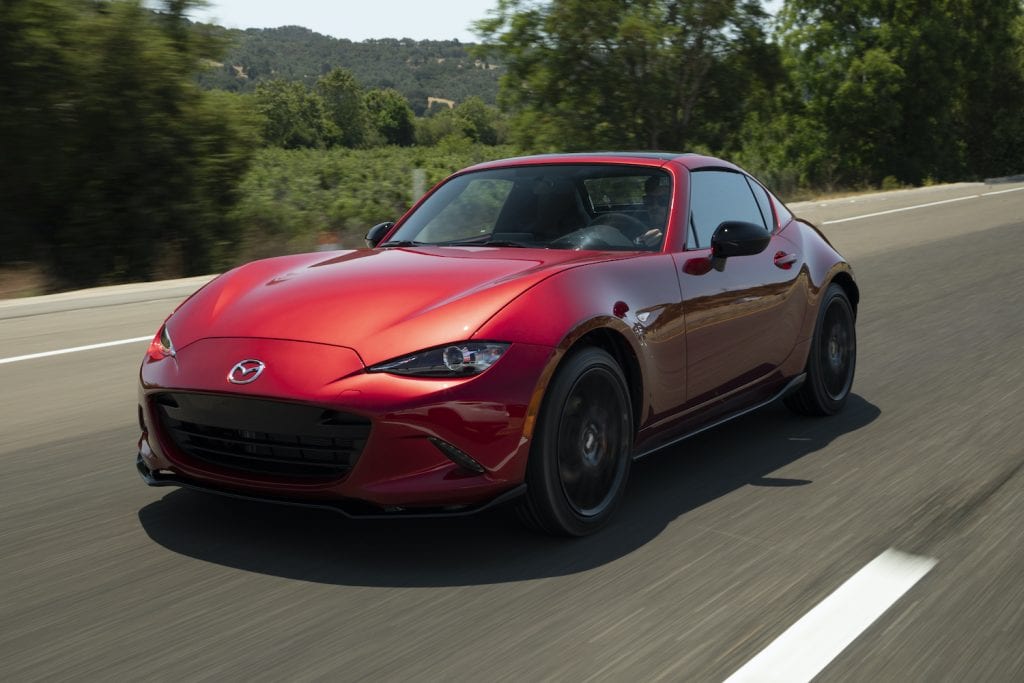 Ok, so the Mazda MX-5, and its retractable hardtop sibling the MX-5 RF, isn’t new for 2020. However, the Zoom-Zoom brand did make some small but notable (but small) improvements to the model to make it better than it has ever been before. The company updated the car with Mazda’s i-Activesense suite of driver-assistance features as standard equipment. It also added the sport suspension and limited-slip differential as standard to the Grand Touring model, which is the one I want to drive and honestly own.

The Miata can’t compete with the Corvette or the GT500 but it’s not meant to in terms of straight-line speed. This car is about agile handling and having fun on the twists and turns. The car features a 2.0-liter four-cylinder that makes 181 hp and 151 lb-ft of torque. It comes with either an automatic or six-speed manual transmission (only a masochist buys this car with an auto). It’ll do a 0 to 60 mph sprint in 5.7 seconds and has a top speed of about 135 mph. The MX-5 comes in with a starting price of only $26,580. Jump to the Grand Touring model, which is the one I want to drive and possibly buy and you’re looking at a starting price of $31,670. 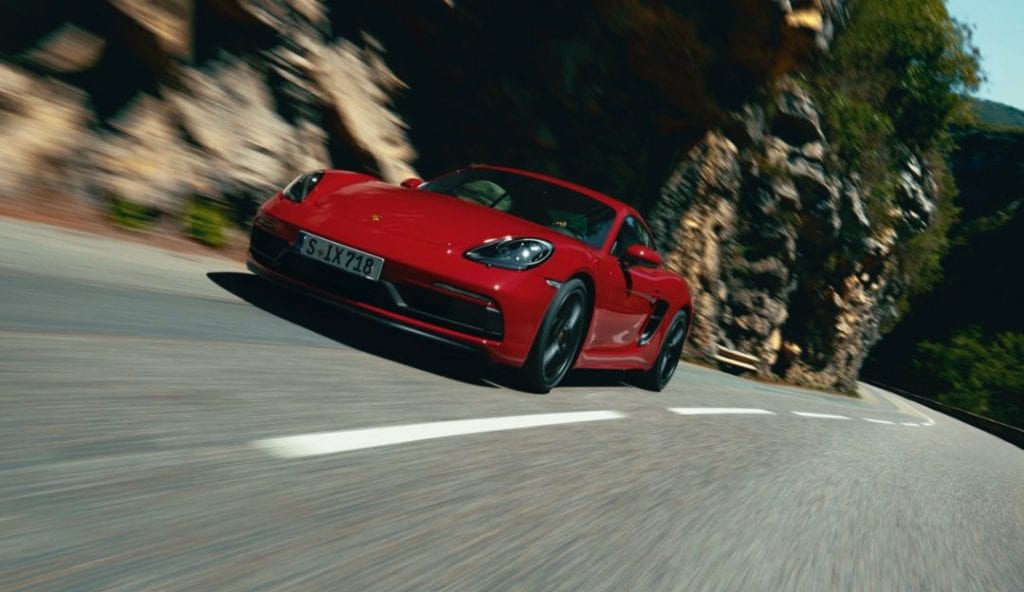 There was a time when the Porsche Cayman/Boxster possibly drove better than the 911. I’ve been told the new 911 puts an end to that, but the 718 Cayman/Boxster GTS is one of the best-driving true sports cars the world has ever known. The company achieved this by adding a new engine and reworking the car’s suspension and chassis. The car also gets the two-mode Sport exhaust as the GT4.

The car features a 4.0-liter flat six-cylinder engine that makes 394 hp and 309 lb-ft of torque. The engine is mated to a six-speed manual transmission. The 718 Cayman/Boxster GTS can do a 0 to 60 mph sprint in 4.3 seconds. It also has a top speed of 182 mph. Pair all that with beautiful styling, excellent handling, and an exhaust note to die for, and you have a must-have sports car. All that performance and driving and handling prowess doesn’t come cheap, though. Porsche’s starting price for these cars will be between $87,000 and $90,000. 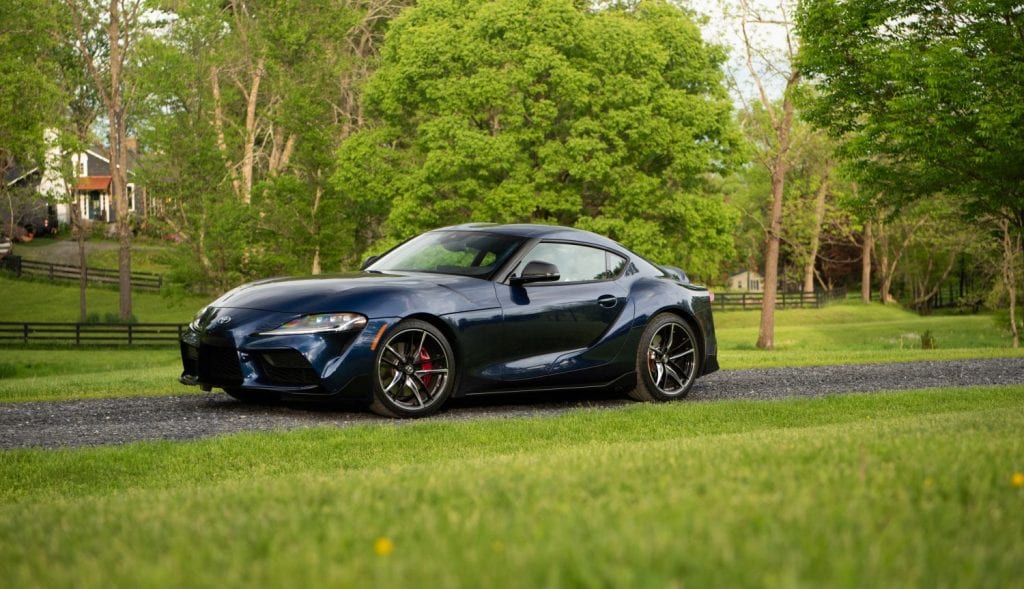 I have actually driven the 2020 Toyota GR Supra on the track already. It was a blast. However, it was a lead-follow situation and it was only for three quick laps around a short track in Illinois. Of all the cars that are on this list, this is the only one that can rival the hype of the Corvette. Supra fanboys are hardcore, and the news Supra is somewhat of a controversial figure due to the fact that it’s essentially a BMW Z4 with a hardtop. Okay, that’s going a bit far, but the engine and chassis are the same.

The Supra features re-tuned suspension and all different sheet metal bodywork from the BMW, but the bones are the same. Lift the hood on the Toyota and you’ll find BMW badges on various components. Still, this car is a blast to drive. It features a 3.0-liter straight six-cylinder engine that makes 335 hp and 365 lb-ft of torque. It’ll do a 0 to 60 mph run in just 4.1 seconds and its top speed is electronically limited to 155 mph. The car has a starting price of $49,000. 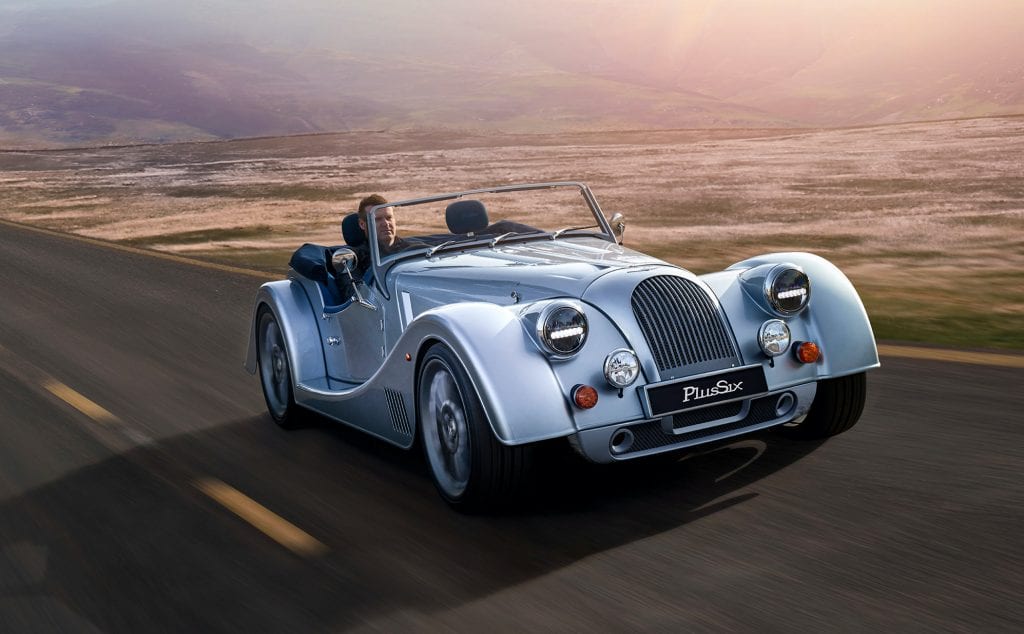 Of all the cars on this list, the Morgan Plus Six is the one I want to drive most. The company has both stayed true to the classic mission of the car and created a vehicle that’s fast and fun by modern standards. Somehow Morgan seems to have blended classic-styling and old-world craftsmanship with modern technology and performance. The Plus Six is beautiful, sophisticated, elegant, and interesting.

Morgan achieved this by sourcing the powertrain from BMW. Oddly enough it’s the same engine that’s in the Z4 and the Supra. It’s a powertrain that gets around. In the Plus Six, the engine delivers 335 hp and 369 lb-ft of torque. You can buy it with a six-speed manual, too. An automatic is available but you get stuck with BMW’s ugly shifter thing.  It can do a 0 to 62 mph sprint in 4.2 seconds and a top speed of 166 mph. The starting price tag on the car is $102,135. 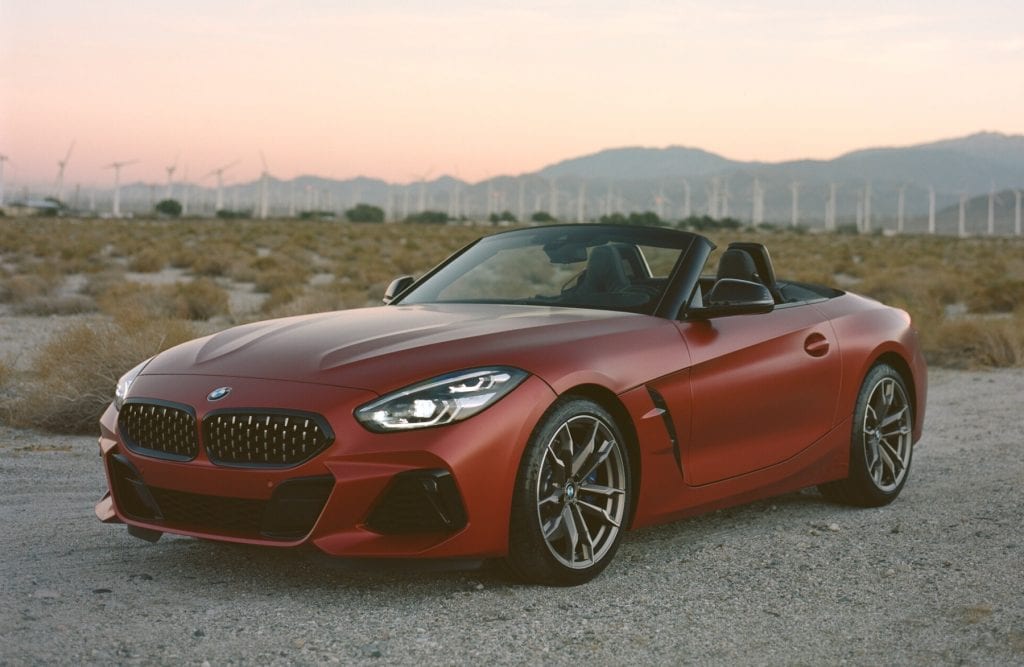 So, I have driven the BMW Z4 already. At the same event that Toyota had the Supra, it also had the Z4, and let me tell you, the Z4 is even more satisfying. The car has a bit more power (from the same engine) and everything in it just feels right, whereas the Supra feels like a BMW with a Toyota badge. The BMW Z4 is more expensive, but you can put the top down on a sunny day and enjoy the sun on your face. 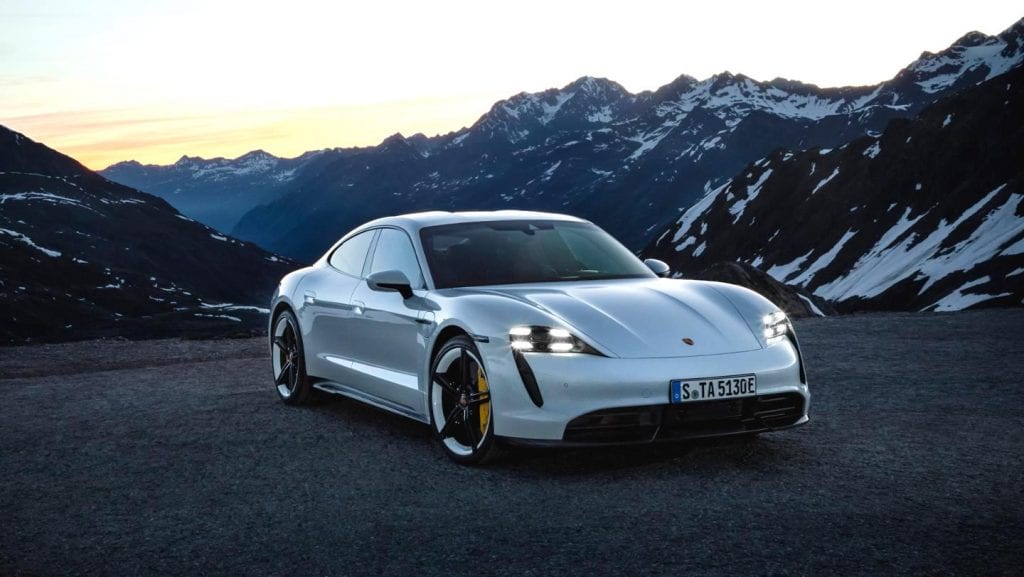 Okay, so I know this is actually a four-door car, but it’s just too damn cool to pass up. I want to drive a Taycan super badly, and I think it qualifies as a sports car. You might disagree with me, but this vehicle had tons of horsepower and is supposed to handle like nobody’s business, so I couldn’t leave it off this list.

The Porsche Taycan Turbo S is the model to get. The fully electric powertrain features two electric motors putting out 616 hp (750 hp with overboost) 774 lb-ft of torque. With direct-current charging, you’ll get 80 percent charge in 22.5 minutes, and there’s a range of 287 miles max. The vehicle can do a 0 to 60 mph run in just 2.6 seconds, and it’ll sprint all the way to a top speed of 160 mph. That is an impressive electric car. The price tag on Porsche’s electric performer is $185,000.