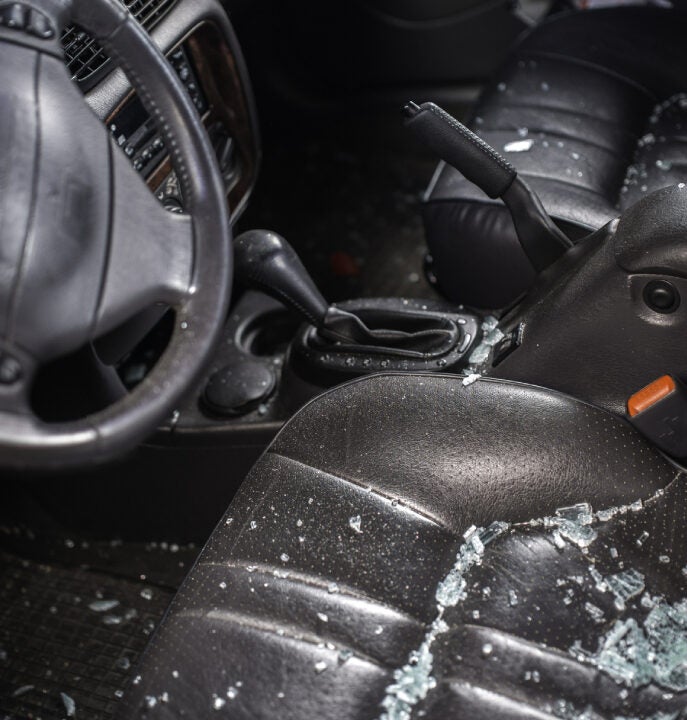 Why Having Vandalism Coverage In Your Insurance Policy Is Important

Owning a vehicle, be it a car, a truck, a van, or anything in between, is a point of pride for almost everyone that drives. It doesn’t have to be the newest, the latest, the greatest, but it is your car. So it’s really annoying when you come out to your vehicle to find that someone has run into it, backed into it, or an act of God has made something fall on it.

Of course, the more moral and responsible folk out there would leave you a note if they were the offending party, and almost all insurance policies have acts of God as part of the comprehensive coverage. There is, however, one class of damage that some companies will file under a different heading and you need to ask for, while others have it included in their comprehensive coverage: Vandalism.

By the absolute definition from the Oxford Dictionary, vandalism is “action involving deliberate destruction of, or damage to, public or private property.” However, in insurance terms, it is a bit more complicated. You may have “fire/flood/theft” coverage in your policy, and it is a very good bit of coverage to have. However, by rote definition, that coverage is for accidental fire, accidental floods, and full loss of property via intentional theft.

With automotive coverage, there are three major areas of vandalism of importance. Keep in mind, the terminology used in this article is very high level, and could even be considered umbrella terms for a full stack of other terms beneath. These three areas are: 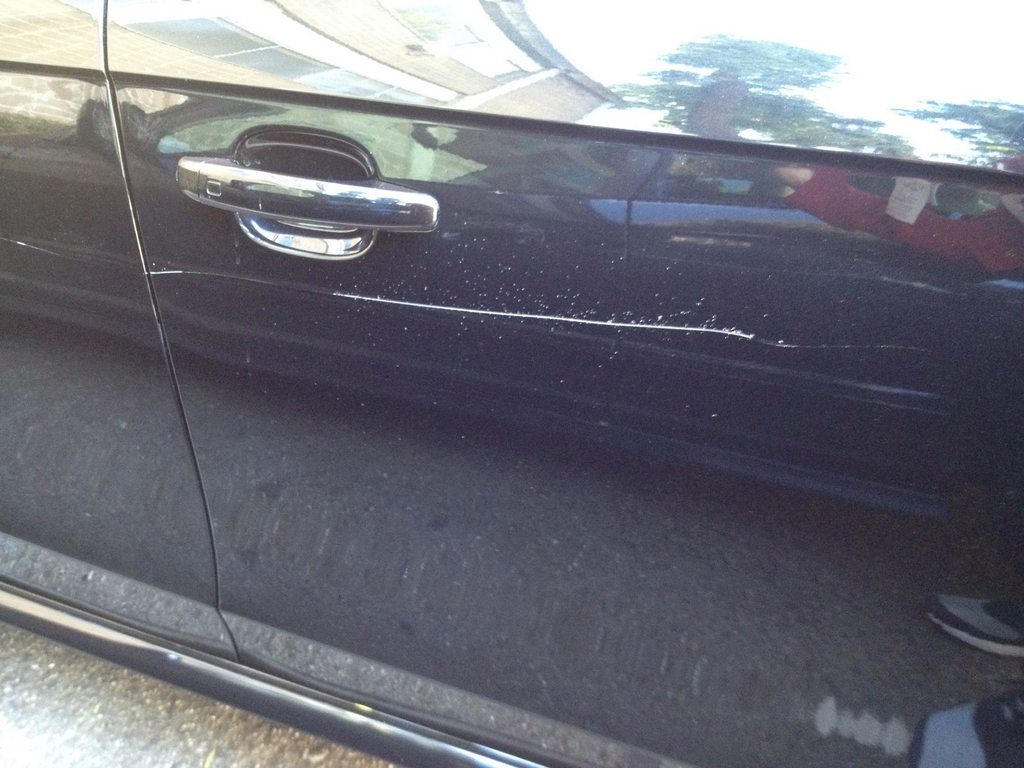 This is the one area of vandalism that we’ve all, at one time or another, thought about doing. 99% of us shake a fist, sigh heavily, and move on with our lives. However, for that 1%, they just can’t let go of whatever it is that you unintentionally (well, we hope unintentionally) did that got them so riled up that they vandalize your car.

The most common, and inconspicuous method of vandalism is the nasty act of keying a car. It’s a quick act to perform, and leaves behind just the right amount of damage to not hit your premiums, but to require hundreds, if not a couple thousand dollars to repair at a body shop. Thankfully, keyed car insurance, according to the experts at Insurance Navy, is often included in comprehensive insurance, even by companies that separate vandalism and comprehensive coverage.

Another type of vandalism that can occur is interior vandalism, which is particularly prevalent with convertibles, is either dumping something into the car that will stain, smell, stick, or otherwise require professional cleaning to remove, or, in far more dramatic circumstances, slashing leather seats. Since this type of damage can range from a few hundred dollars for an intensive deep clean, to several thousands for the seat to be replaced, it can still fall under vandalism coverage.

The last of the trio of most common types of surface and interior vandalism is referred to in insurance language as defacing. This is when some form of permanent marking, through either paint or marker, that bonds with the top clearcoat of the vehicle’s paint and requires body shop professional removal, usually by carefully stripping the affected layers of paint back and building them back up with fresh paint. Since it is a time intensive process, this can easily hit several hundreds to potentially a thousand or so dollars in labor alone. 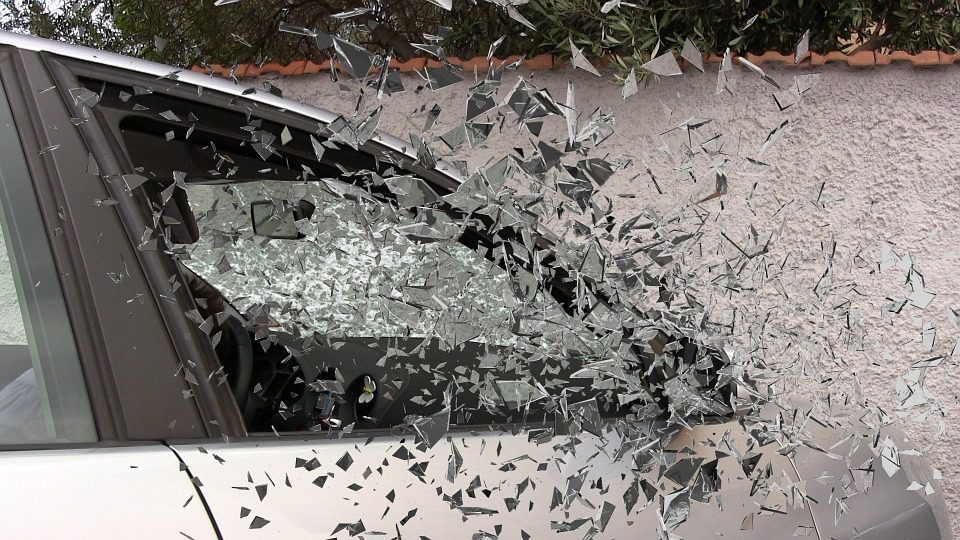 There are two types of glass coverage in most insurance policies. Accidental/Act of God glass coverage is there if you get stuck in a hailstorm, a hurricane, a tornado, or anything beyond your reasonable control that causes damage or destruction of any of the glass on the vehicle, including the mirrors. The other type is, as you have probably already surmised, intentional vandalism.

The key factor in both types of coverage is that it covers both types of glass damage whether you are with your vehicle or not. It is also worth noting that some insurance companies will separate out the windshield from the other glass, as these days more and more sensors, special coatings, and other treatments are attached to the windshield in some way.

To give an example of what is covered under vandalism for glass, if there is an obvious impact point, matching the shape of a foot, a hammer head, a bat, and the like, that is more than likely going to pass into vandalism coverage. This coverage also extends to intentional impact damage, such as during the period in the early 2010s when teenagers and some adults were dropping bricks from pedestrian bridges above major roadways, attempting to hit the windshields of passing vehicles.

Mirrors are also covered in this area of vandalism, although the majority of the mirror and its housing is technically part of the body of the car. It is one of those grey areas of insurance, where some companies will consider it body only, and others will consider that if the housing and mirror are damaged, that is taken care of within the auspices of bodywork, but if it’s just the mirror that’s been shattered or damaged by vandalism, that is covered under the glass portion of insurance. Your mileage may vary, and our advice is to contact your insurance company to find out which is which. 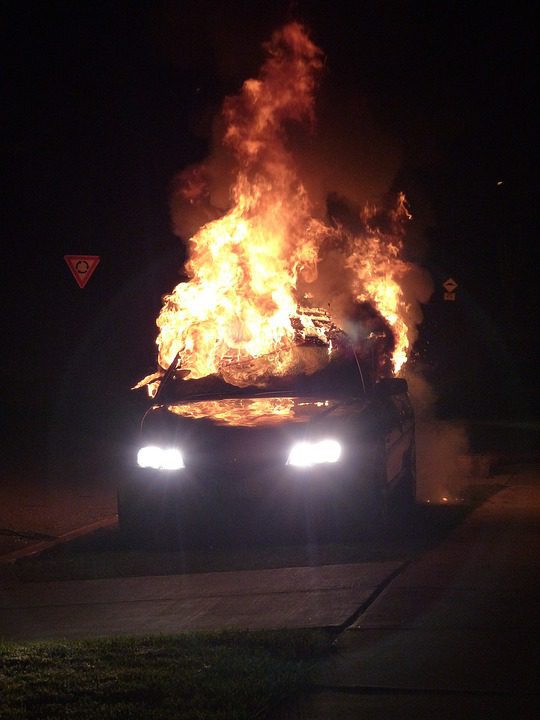 The final type of vandalism is, unfortunately, also the most severe. By the exact legal term, willful destruction is “The intentional and malicious destruction of or damage to the property of another.” This covers everything outside of the above two categories, from having your car hammered and ice picked in the middle of the night, to full on arson and intentional, repeated ramming.

While the legal ramifications for the party performing the willful destruction are outside of the purview of insurance, these types of claims are most often considered complete loss cases. This is because, quite often, the damage and/or destruction caused is enough to cross write-off thresholds. In cases of severe destruction, such as arson, there is also nothing to really fix if the car is nothing but a burned out husk of what it used to be. The only type of insurance where this may not be the case is with collector’s insurance, such as insurance for a 1962 Ferrari 250 GTO where the value of the property is so extraordinarily high ($50 million USD or more for that car) that repairs and refurbishment are worth the expenditure.

According to the insurance experts at Insurance Navy, this type of vandalism is considered case by case by those companies that separate comprehensive and vandalism insurance. However, it usually ends up being covered as they are “Acts outside of the control and presence of the insured,” which can be mixed into the “Acts of God” clause in most comprehensive coverage. Again, if you have any concerns or questions, the best contact is either your insurance company or, if you went through one, your insurance broker.