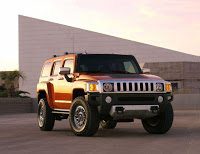 Simply put, “truck-based” SUVs are generally perceived to be less economical at the fuel pumps. These days, the worse the vehicle’s efficiency; the more likely it is that sales numbers for that vehicle are dwindling. Phrases like “truck-based” or “body-on-frame” or simply “real SUV” stand in stark contrast to increasingly common terms like “crossover” CUV” or “crossover utes”.
Does the perception match reality if applied to the smallest examples of tall-bodied, lofty-drive driving position, usually all-wheel drive vehicles? In a word….. yes. While not necessarily the most fuel efficient or least fuel efficient drivetrain combinations for each vehicle are applied here (many transmission choices make little or no difference these days; sometimes the engine doesn’t either), this sampling of vehicles are relatively well known and position themselves as tough or carlike.
(Check out AutoEnergy to see the real life difference between the Nissan Xterra and Nissan Rogue)
Except for one, that is. Suzuki wants you to think that its Grand Vitara is in between; merging the best of tough with the best of car.  Guess what – the fuel efficiency story agrees with Suzuki, dropping the Grand Vitara in between the tough SUVs and the more car-like CUVs.
—–