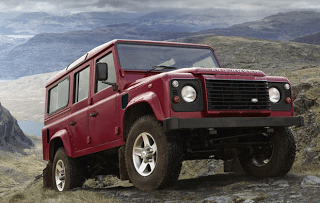 Residents of the United Kingdom registered 2.04 million new vehicles in the twelve months of 2012, a 5.3% improvement over 2011. Car registrations in the UK haven’t been this high since 2008 when, at the time, sales had reached what was thought to be a low point.

December 2012 was predictably the third-lowest sales month of the year. We won’t spend much time analyzing December numbers, but it should be noted that BMW outsold Volkswagen in the final month of the year. Among major brands, BMW’s 35% year-over-year increase in December was topped only by Kia, Honda, and Fiat.

Brands and manufacturers are ranked by 2012 year end volume in the two tables below. (This explains why, before sorting, Volkswagen is shown above BMW, and Audi above Nissan.) Fortunately, as you might have already guessed, this post is the first to include a new GoodCarBadCar.net feature: it’s sortable. Click any of the headings in order to sort all 43 brands by name, December 2012 sales, year-over-year change from December 2011, year end volume, or year-over-year change for the full year as compared with 2011. While we regret not offering this feature in the past, it’s an exciting addition. At any time, click the column heading again to switch the direction.

In 2012, Ford was most definitely the best-selling automotive brand in the United Kingdom. Lacking partner brands, however, Ford didn’t come close to challenging the Volkswagen Group for the overall lead in new car registrations. The VW Group – Audi, Bentley, Porsche, Seat, Skoda, Volkswagen – generated a 7% improvement to 408,385 sales in 2012. That 7% jump was topped by Hyundai-Kia, up 21%, and the gains made by Toyota, Daimler, Fiat, JLR, and BMW.

What do North American car enthusiasts know of British car culture? Historically, the magazine covers we saw included plenty of WRX Imprezas and Mitsubishi Evos. Subaru UK won’t be selling the WRX any longer, not that it was helping much. Subaru sales plummeted 23% in 2012, dragging the brand down to a ranking of 32, behind smart, Chrysler, and Jeep. Meanwhile, Mitsubishi sales fell 33.5% in 2012. Neither of these two brands fared well in 2011, either, as Subaru had already dropped 32% and Mitsubishi slid 19% before 2012 brought with it further declines.

BMW’s late surge produced a premium brand victory for the Munich brand over Ingolstadt’s Audi in 2012. Audi’s lead had appeared tenuous, but BMW’s 35% jump in December, combined with Audi’s 24% decline, was certainly enough to undo what Audi had done. Sales victories aren’t the be-all and end-all. Audi UK sales jumped 9% in 2012 in a market which rose just 5%. Moreover, Audi ended the year as the United Kingdom’s fifth-best-selling brand. Compare that with what the brand achieved in Canada and the United States.

UK 2012 auto sales figures for 43 brands are in the first table below. The twelve largest automotive conglomerates are then shown in a secondary table, which is also sortable. GoodCarBadCar.net posted the UK’s best-selling cars earlier this morning. Click either of the two accompanying market share pie charts in this post for larger views.