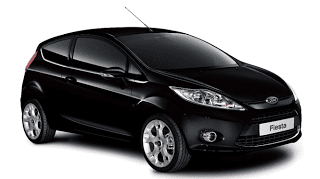 After winning every one of 2011’s monthly races except January and February, which, as it happens, were won by the year end’s second and fourth-place cars, the Ford Fiesta ended 2011 as the best-selling car in the United Kingdom. That’s not surprising.

What is slightly surprising is the Fiesta’s margin of victory. In 2010, the Fiesta beat the Vauxhall Astra by 22,367 sales. The Fiesta’s victory over this year’s second-place loser was “just” 14,280 units. That second-place car was the Fiesta’s big brother, Ford’s Focus. Sales of the Focus increased at a 5.2% clip in 2011, Fiesta sales slid 6.7%.

Further down the list you’ll find one premium-badged car. In a year when the 3-Series had reached its maximum permitted age, UK sales were up 1.1%. The overall UK market, remember, shrunk 4.4% in 2011. Among cars in the top ten, Vauxhall nabbed the crown for worst year-over-year decline (the Astra, down 22%) and best year-over-year increase (the Insignia, up 24%).

These were the ten best-selling cars in the United Kingdom in 2011. Don’t expect wholesale changes when the 2012 list breaks cover a year from now.