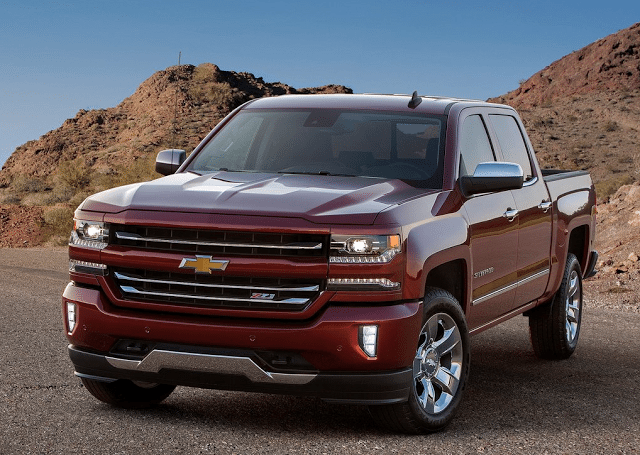 FUTURE
The 2016 Chevrolet Silverado will have a number of small updates, but it’s mostly the same truck as the 2015 model. One key difference is external: the headlamps have been restyled and now include LEDs. One key difference is internal: the eight-speed automatic will become more widely available throughout the lineup. The Silverado is America’s second-best-selling vehicle.

INSIDE THE AUTO INDUSTRY
Also at General Motors, the company’s CEO, Mary Barra, says small car production won’t depart the U.S. Ford is moving production of the Focus and C-Max out of Wayne, Michigan. The Sonic, sales of which are down 27% this year, is built in Orion Township, Michigan.

INSIDE THE CROSSOVER BUSINESS
With the Armada, Pathfinder, Rogue, and Juke (and the cancelled Xterra, still lingering), Nissan apparently doesn’t have all its utility vehicle bases covered. What’s next? The Qashqai, which is, in essence, a slightly smaller Rogue, will be sold in North America. Nissan will also build more Rogues. The Qashqai, you’ll recall, is the fifth-best-selling vehicle in the United Kingdom.

TTAC
U.S. sales of the Ford Fusion have declined in ten consecutive months. Also trending downward on a consistent basis are the Honda Accord, Volkswagen Passat, Hyundai Sonata, Kia Optima, and Toyota Camry.

RECALL
Ford is recalling 49 Transit vans (model year 2015), because, “The affected vehicles may have been built with seat belt assemblies that have seat belt labels that are missing the required belt model and model year and instead state ‘prototype sample.’”

Hyundai is recalling 128,804 Sonatas (model year 2015) because, “The affected vehicles have a front passenger seat belt whose buckle latch assembly may prevent the front passenger from fastening the seat belt.”

WATCH
We’re driving a 2015 Ford Mustang EcoBoost convertible this week. The sound is, shall we say, uninspiring. Borla has solutions. (It’s still not going to sound like a V8.)