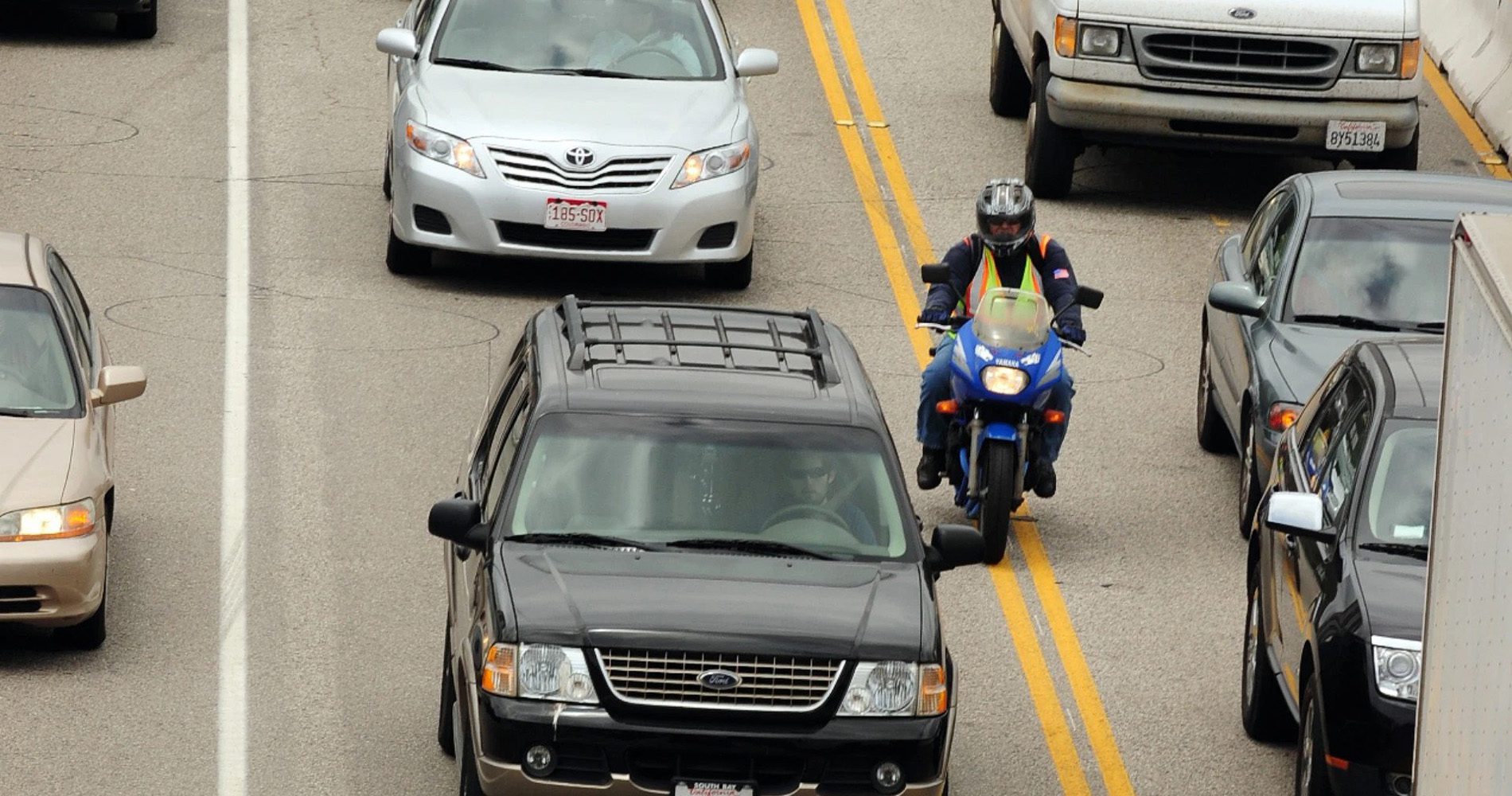 In March 2021, Montana became the third state in the United States to allow motorcyclists to weave through traffic—also known as lane filtering—joining California and Utah in doing so through legislation passed by the Senate.

The law is straightforward and transparent and allows those who travel on two wheels to get more out of their means of transport when traffic slows down.

This Montana law, like in other states, is designed to speed up traffic. At the same time, it promotes the use of the motorcycle and makes it seem much more efficient.

Still, there are some finer points to lane splitting laws. For example, in most places that allow lane splitting, overtaking vehicles that are stopped or moving slowly cannot be done faster than 30 mph. This applies on roads with lanes wide enough to carry out the maneuver safely and concerning vehicles traveling in the same direction. And there are other particulars to note when lane splitting elsewhere.

So how is lane splitting defined across America, and how do the laws regarding this practice differ depending on where you go? Let’s take a closer look.

What Is Lane Splitting & Why Should Someone Care?

Lane splitting is when a motorcycle rider moves alongside vehicles that have either stopped or are moving slowly, typically at less than 30 kilometers per hour. This speed limit exists because lane splitting at high speeds is dangerous and increases the risk of a crash.

Motorcyclists should only use this technique when there is enough space on either side. This helps avoid collisions with other vehicles and allows riders to safely merge back into the traffic stream.

Of course, lane splitting has numerous risks, and if you get into an accident while splitting, it may have legal implications (see more: a lawyer’s view on lane splitting).

Several bills have passed in various states across America to regulate lane splitting. However, the following are the only states in the U.S. that have formally legalized this technique:

California was one of the first states to embrace lane-splitting even before it was legal; motorists and motorcyclists approved of the practice for years. Finally, in 2016, they declared it legal across the state through Assembly Bill No. 51. As a result, California was the first state in the U.S. to make lane splitting legal officially.

In March 2019, following California’s example, Utah formally became the second state in the U.S. to legalize lane filtering through law HB 149. Although not quite as permissive as California’s lane splitting laws, this still helps motorcyclists avoid being tailgated on the road.

In Montana, motorcyclists cruising down the road no longer need to wait in traffic. Senate Bill 9, passed in March 2021, is now in effect. As a result, Montana became the third state in the United States to allow motorcyclists to split lanes and weave through traffic, joining California and Utah.

What Should You Know As a Driver about Lane Splitting?

Motorcyclists should never lane filter in situations where there’s not enough space. They should also be careful about lane filtering in areas with pedestrians and cyclists, such as business districts, commercial areas, or near public transport stops. Unfortunately, this doesn’t always happen.

As a driver, you should be extra vigilant for motorcyclists in states where lane splitting is permitted (and even elsewhere, since some riders occasionally split lanes illegally). If you’re driving a pickup truck or another large vehicle with more ground clearance, you should take extra care to check your blind spots for bikers while you’re in traffic, since motorcycles can be difficult to spot.

Be careful about opening the doors of your vehicle in traffic as well. Always check the area around you for motorcyclists before exiting the vehicle for any reason—even when you’re parked on the side of the road, since some riders may try to filter through the parking lane.

Lane Filtering in Other Parts of the World

Lane filtering practices and laws vary from country to country. For instance, France has just banned lane splitting after a 5-year pilot test implemented in Paris, Bordeaux, and Lyon from February 1, 2016, to January 31, 2021.

The measure is based on the discouraging results in the indicators produced during this period, where accidents increased by 12%. In response, they declared this maneuver illegal, and the country’s motorcyclists were unhappy.

As of February 2021, those who ride on two wheels in France have not been allowed to filter through traffic. Those caught cutting ahead of traffic will have 3 points applied to their license and a fine of 130 Euros. Beyond the amount of the fine, committing this offense on repeated occasions can invalidate their license.

In South America, Brazil is the only country we know of—there may be more—where the law allows filtering or lane splitting. In fact, in Sao Paulo and Rio de Janeiro, motorcyclists’ habit of filtering through the endless queues of practically halted cars is a common sight.

Via Joint Base San Antonio.

The United Kingdom is another country where this maneuver is entirely legal. Not only is it permissible to weave between cars up to a speed of 15 mph, but it’s also normalized.

For example, on a two-way street or avenue, riders often use the opposite lane to overtake cars when they are stopped in a traffic light and move all the way to the front right before the pedestrian path.

These are not isolated countries. On the contrary, the list of nations that allow this practice is quite extensive: Austria, Belgium, Croatia, Cyprus, Estonia, Greece, Ireland, Italy, Japan, the Netherlands (where even in the case of an accident, the jurisprudence assigns responsibility to the car), New Zealand, Norway, Oman, Poland (where vehicles are more spread out on the routes so that the ones coming to the front can safely overtake), Portugal, Qatar, Singapore, Spain, South Africa, Taiwan, Turkey, and the United Arab Emirates, besides those already mentioned above.

As with many other road practices, it is essential to know the laws in each state—their dos and don’ts—and to respect the rules that promote the safety of motorcyclists, drivers, and pedestrians.