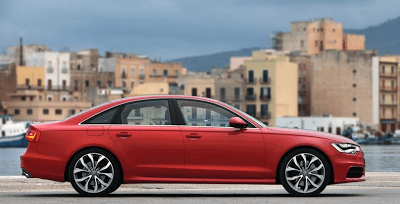 The Most Secure Car In America Is The Audi A6

The least-stolen vehicle in America, as calculated by the Highway Loss Data Institute, is the Audi A6. For every 1000 Audi A6s, only five are stolen. That, by The Good Car Guy’s definition, makes the Audi A6 the most secure car in America.

On the flip side, as you’ll see in CarBuzz‘s graphic, the Cadillac Escalade is the most stolen vehicle in America at 10.8 claims per 1000 Escalades. This doesn’t mean a higher percentage of vehicle thefts involve the Escalade than, say, the Ford F-250 Crew Cab 4×4, only that per thousand examples, the Escalade is more likely to be stolen than the F-250. The Ford pickup, by the way, is rated at 9.7 claims per 1000 trucks.

In the case of the Audi A6, however, the fact that the ratings are weighted doesn’t seem to matter. A6s are so inexplicably rare that thefts aren’t just unheard of when factored over 1000 registered A6s; thefts of A6s are uncommon. And that makes sense, because despite its quality and charm, the American buying public opts for Audi A6 half as often as they buy Nissan Armadas.

Sure, sales of the Audi A6 were up 36.4% in August 2011. A new generation was recently released – A6 sales were bound to increase compared with the same period of last year. But the latest version of BMW’s 5-Series has been around longer, and 5-Series sales jumped 40.9% in August.

Fluctuations can be expected. Why the A6 is riding a generally downhill trend, however, is difficult to comprehend.

As was already mentioned, the overall market fell 31.2% between 2002 and 2010, but BMW 5-Series sales were down just 3.3% over that span. Sales of the Mercedes-Benz E-Class improved 43% between 2002 and 2010. Before you go and lend credence to the theory that the new Audi A7’s total could rightfully be added to the A6’s, remember to top Mercedes-Benz’s E-Class with a heaping helping of CLS-Class sales.

So, here’s a theory which holds no water but could stand to be heard anyhow. Thieves need a car to be available in order to steal it. That makes stealing an A6 difficult. Also, thieves seem to want access to a vast cargo hold, something the Cadillac Escalade offers; something six trucks on the top 10 most-stolen list certainly offer. But Audi no longer provides us with an A6 Avant. Trunks only.

Is this just a created opportunity for The Good Car Guy to use a picture of one of his all-time favourite cars, a car not offered for sale in North America? Yes.

Back on topic, thieves need to get their act together. The Audi A6 is a really nice car. You’ll want to drive it… to the chop shop. Or the border. Wherever it is you drive cars after you steal them. True, the Escalade is an awfully relaxed and comfortable ride, but it stands out a bit, don’t you think? The A6 offers subtle style.

Wave to the lady cops on your way out of the parking garage from which you thieved the A6 and they’ll just think, “Hmm, nice looking sedan that punk is driving.” If they see in you in a ‘Slade, you’re forced to keep the tinted windows up, lookin’ all kinds of suspicious.

Oh thieves, you really should be stealing more Audi A6 sedans. They’re truly respectable machines. And to the American public, go ahead and buy more Audi A6 sedans. No matter what GoodCarBadCar.net says, thieves aren’t going to listen. They’re not going to start stealing A6s by the boatload, so take solace in the fact that you’re driving the most secure car in America, even if it isn’t the gorgeous A6 Avant Europeans scoop up with their superior wagon awareness.