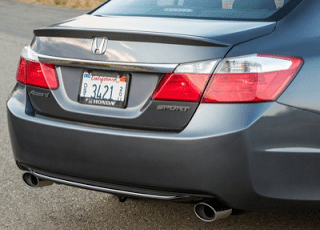 For the third consecutive month, the most actively searched sales figures at GoodCarBadCar were those of the Honda Accord.

Moving up from tenth spot in March to fifth was the Fiat 500. The Toyota RAV4 and Dodge Dart stepped in to replace the Ram Pickup and BMW 3-Series.

Speaking of the RAV4, the review of a front-wheel-drive base-trim 2013 model which was published on April 8 was the most popular review at GoodCarBadCar. The RAV4 was Canada’s top-selling utility vehicle in March, but the January and February lists got more attention.

Top reviews are listed at the bottom of this post, the most heavily-trafficked sales posts are in the middle, and the most actively searched cars are ranked immediately below. As always, you can find historical monthly and yearly sales figures for any vehicle by selecting a make and model (or just a make, or a corporation, or the total market size) at GCBC’s Sales Stats page or, for non-mobile users, near the top right of this page. Vehicles are listed together in the All Vehicle Rankings posts – March’s U.S. edition is here; Canada’s is here.