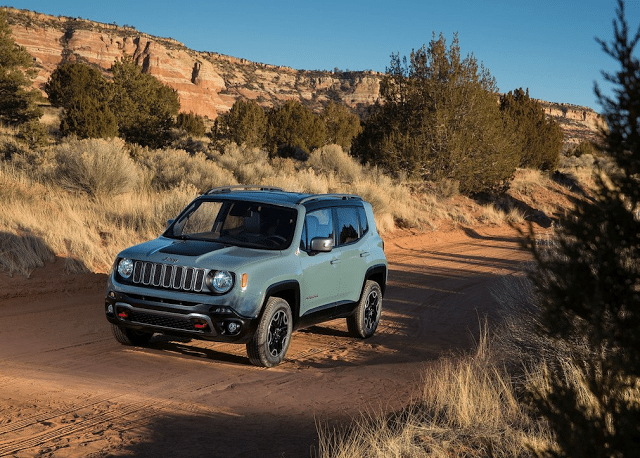 Suddenly, GCBC readers are very interested in finding out how often Jeep is selling the Renegade.

July 2015 was the best month yet in the Renegade’s brief five-month U.S. lifespan. 6320 Renegades were sold in America last month, and its sales tracking page at GCBC was visited more often than every model’s sales tracking page save for three rather high-profile machines: F-Series, Accord, Corvette.

The Renegade outsold the Honda HR-V, Chevrolet Trax, Fiat 500X, Nissan Juke, and Mini Countryman last month. The Subaru XV Crosstrek and Buick Encore did, however, finish ahead of the little Jeep.

Automobile manufacturers will begin reporting their August 2015 and year-to-date U.S. and Canadian sales figures on Tuesday, September 1, 2015. GoodCarBadCar will be updated throughout the day with brand results from automakers competing in the United States and Canada. Later on Tuesday afternoon, August 2015 U.S. best seller lists for cars and trucks and SUVs will be published, as well, followed by Canadian best seller lists less than 24 hours later.

As always, sales figures for all manufacturers, makes, and models will be updated in GCBC’s free searchable database of historical monthly and yearly sales data. For non-mobile users (or mobile users who have opted to view the full site by selecting that option at the bottom of the page), you can also select a vehicle, a brand, a manufacturer, or total industry figures in a dropdown menu near the top right of this page. The in-depth breakdown of August 2015 new vehicle sales begins in earnest at the beginning of September.