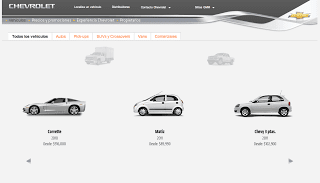 The Good Car Guy doesn’t pretend to be an expert on the automotive marketplace in Mexico, despite 0.008% of his life having been spent there. Moreover, GoodCarBadCar.net will surely be held responsible for any errors by Mexican family members in their Chevy Suburbans. No joke.

Hundreds of thousands of Canadian and American tourists are accustomed to seeing vehicles in Mexico which aren’t on sale north of the Rio Grande. These vehicles aren’t just available in Peugeot, Renault, and Seat stores but even from General Motors and Ford. If you can’t comprehend how necessary this is, how the Mexican auto market must be catered to uniquely, then you haven’t compared the various market sizes in North America. Canada, a country of 34 million people, found within itself room for another 1,558,400 new vehicles in 2010, about one new vehicle for every 22 people. Mexicans, on the other hand, only bought one vehicle for every 55 people, and that was in the strong year of 2007. Obviously automakers are dealing with a very different situation in impoverished, truck-loving Mexico.

Here then is a complete rundown of Mexican auto sales by brand for 2010.