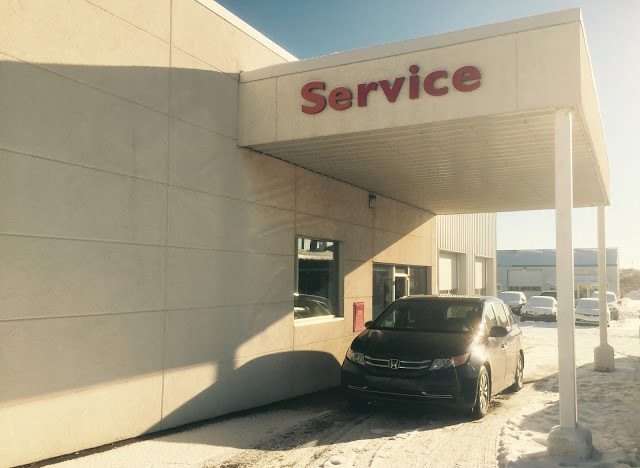 300 kilometres from GCBC Towers in Eastern Passage, Nova Scotia, the Honda dealer from which we acquired our Odyssey last summer – Centennial Honda in Summerside, Prince Edward Island – offers the first service for free on any new vehicle purchase. With a pre-Easter long weekend trip planned to PEI anyway, we ventured across the Confederation Bridge for a first-thing Saturday morning service.

The day began with 6°C weather, but by the time we were traversing the Cobequid Pass, we were driving in slushy, snowy conditions which continued until we arrived at our destination late on the Friday evening before Palm Sunday.

Incidentally, a few days later, our planned trip home on Monday was delayed by a proper nor’easter that hammered the western end of The Island with plenty of snow and high winds.

Even a day later, as we approached the Confederation Bridge in Borden, transfer trucks were lined up, as authorities had closed the bridge to high-sided traffic due to high winds.

Even with those winds, our trip home resulted in fuel economy of 8.6 L/100km, equal to 27.4 mpg on the U.S. scale. This was a meaningful improvement compared with the slushy pre-service trip to PEI, when our Odyssey consumed 9.7 litres of fuel for every 100km of driving, or 24.3 mpg.

Booked in at 8:00 AM on a frigid Saturday, our Odyssey’s keys were back in my hands just half an hour later. Completed, according to the service record, was Honda’s Type A Maintenance: replace oil (0W20) and filter, check tire pressure and wear, check and top up fluid levels, battery load test. 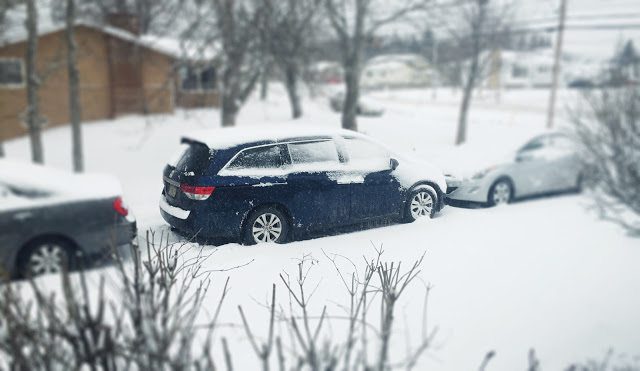 Centennial Honda also completed an officially inconsequential recall for a compliance label which had stated that the vehicle’s gross axle weight rating was lower than it actually is.