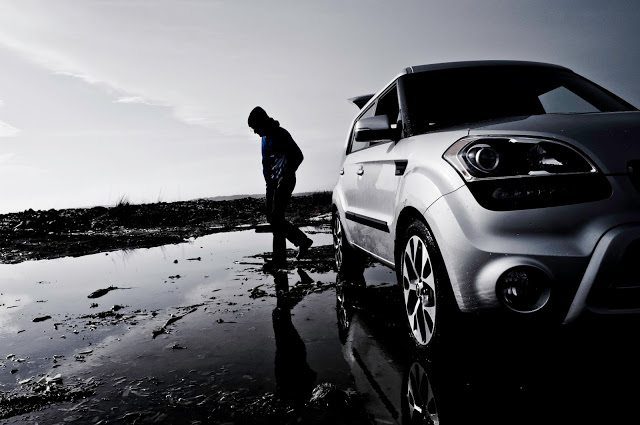 Why Are We Given A New Car To Drive Each Week? And How? GCBC’s Background, Ethics, And Methods Explained

Of the 6200+ posts on GoodCarBadCar, only 3% are car reviews. In February 2016, for example, we published five reviews on GCBC plus 66 other articles, not to mention another eight submissions at The Truth About Cars and six more at Autofocus.ca.

Yet it is with increasing frequency that the people with whom I have personal contact – whether in conversation at visiting hours for a funeral, in emails from long-time readers, when questioned by soon-to-be car buyers – clearly believe that the bulk of my work revolves around driving fast cars down twisty roads.

It doesn’t. We attract the bulk of our readership by publishing best-selling cars’ lists, complete rankings of new vehicle sales by model, and vehicle-specific sales tracking pages, and we therefore spend the bulk of our time on that type of work: compiling sales data and analyzing that data.

Nevertheless, the questions are fair. Why are we always driving yet another new car? Where do these cars come from? How long do we spend with the cars? Is payment made, from one direction or another? If not, then how do we make money? And, as so often comes the query, “I want to drive cars for a living, too – how do I get the automakers to send me these press vehicles?”

Let’s take it from the top.

GoodCarBadCar.net was launched a little more than eight years ago. By 2007, I had already been reviewing vehicles for Halifax’s Chronicle-Herald Wheels section for a few years. No, it wasn’t prestigious. But the editor of the section, Todd Gillis, was willing to give me a weekly slot, and I’ll forever be grateful for the opening. On many levels, my reviews in Wheels legitimized the launch of this website.

This was already an industry I loved. I have no memory of not knowing the name of every vehicle on the road, so young was I when my father began training me to say not just Audi, but Audi 5000. I read every piece of automotive information I could get my hands on, became addicted to calculating – on my own – the power-to-weight ratio of forgettable midsize four-cylinder sedans and memorizing the inconsequential cargo capacity of mid-engined sports cars. I briefly worked in the wash bay at a Nissan dealer, driving the shuttle at a Subaru store, and in sales in a Honda showroom. And then, based on a submission to the Chronicle-Herald which included a review of one of the first diesel-powered Smart Fortwos to land on Canadian shores, I suddenly became a car reviewer.

GCBC’s Driven Reviews
GCBC: About Us

Weekly car reviews for a local paper are not the publications on which a long-term career is built, but they did form a nice foundation. Years passed, and at GCBC, I combined my love for the automobile and the automobile industry with my background as a category space analyst in the snack food industry in order to concentrate on the free and thorough display of automotive sales data. This developed into a position with Bell Media’s Sympatico Autos website – now known as Autofocus.ca – where I continue to work as a contributing sales analyst, a role I also fulfill with The Truth About Cars, intermittently with AutoTrader.ca, and in the past with Cars.com, not to mention on a consultant basis with a handful of other clients.

As GCBC developed, automakers – Volvo, Hyundai, Ford – periodically offered us vehicles to drive, but it wasn’t until a handful of other automakers jumped on board in late 2012/early 2013 – General Motors, Nissan, Volkswagen – that most other automakers did so, as well. At present, setting aside exoticar makers, only BMW, Mini, Jaguar, and Land Rover fail to send new vehicles to GCBC, just as they opt out of sending press vehicles to the east coast of Canada on the whole, regardless of who the reviewer is.

So to answer the first question… 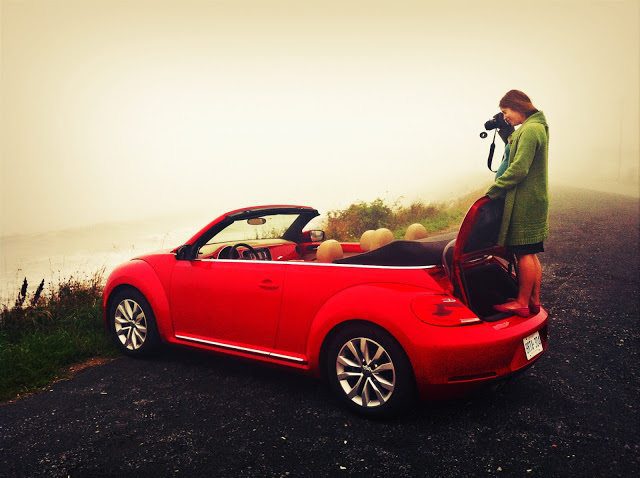 Why are we always driving yet another new car? Because automobile manufacturers’ Canadian PR teams choose to send these vehicles to us. We do not have any say in determining what these vehicles are, whether they be base trim $9998 Nissan Micras or fully loaded examples of Canada’s best-selling car, the Honda Civic. Nor do we have a say as to when these vehicles arrive on the east coast, or else we wouldn’t drive a tenth-generation Toyota Corolla as Toyota dealers welcome the 11th-generation Corolla. In certain cases, we prompted automakers a few years ago to send GCBC test cars. In others, they simply began to deliver vehicles to GCBC Towers. Which brings us to the next question.

Where do these cars come from? The sequence is typically the same each week. A vehicle which was either shipped from an automaker’s Canadian HQ in Ontario or driven to Nova Scotia by an intermediary cycles through a small number of auto writers in Nova Scotia and New Brunswick. Sometimes the vehicle visits GCBC first; sometimes last. This intermediary delivers the vehicle to GCBC Towers cleaned, washed, and fully fuelled on a Sunday afternoon or Monday morning, and one week later, we return it in the same fashion.

That’s right: we pay for our own fuel. That’s also right: we don’t travel to pick up the vehicle, it’s delivered to our driveway.

I sign a paper waiving all sorts of rights and freedoms which spells out the fact that other people can’t drive the vehicle, then hand the key for last week’s vehicle to the intermediary, and then grab the key for the incoming vehicle. The expectations for cleanliness are lowered in winter months – it’s hard not to make the floormats salty, hard to get the vehicle back from its wash (10 kilometres away) without new layers of filth. But the goal is to return the vehicle cleaner than it was when it arrived.

How long do we spend with the cars? A typical test lasts a week. Every now and then, quirks in the schedule mean we’ll drive the same vehicle for 10-14 days or see a vehicle leave us after a short two-day stay. Mileage limitations are rare, so we periodically take a vehicle on a long journey to Prince Edward Island or far flung parts of Nova Scotia. We simply live our normal life with the vehicles: installing child seats, getting groceries, going to church, visiting the grandparents. If the vehicle is particularly alluring, a greater portion of our week is spent giving rides to friends and family, fans-of-the-brand, or truck lovers.

Is payment made, from one direction or another? No. Goodness no. Automakers don’t send us money, we don’t send them money. Yes, in an ideal world, we would exclusively test vehicles on which we spent our own money, like Consumer Reports. But we don’t have their budget, so the only vehicle we test in such a fashion is our own 2015 Honda Odyssey EX long-termer. And even Consumer Reports sometimes tests press vehicles. Full disclosure: Honda Canada sent us chocolates at Christmas a couple times. They were delicious. This year, having recently acquired our own Honda, we did not receive chocolates, so the quid pro quo was clearly missing either the quid or the quo.

How do we make money? Well, put it this way, you should turn off AdBlocker, at least on GoodCarBadCar and other sites you frequently visit. (Click the little white palm in the red stop sign at the top right of your Chrome browser and click, “Don’t run on pages on this domain.” And don’t tell me, “I don’t click ads anyhow.” An increasing percentage of our revenue is sourced simply from ads you see, not just ads you click. You want free services? Then pay up… by looking at ads.) We don’t sell ad space directly to automakers. Rather, Google Adsense, Media.net/Yahoo, and Kiosked act as our ad providers, supplying ads to various parts of GCBC based on the content on that page and your own interests. This is why on a Mazda CX-9 sales tracking page, for instance, you may see an ad from your local Mazda dealer for a pre-owned CX-9 they have in stock, but you may also see an ad for Pampers, because you’ve been Googling baby names. 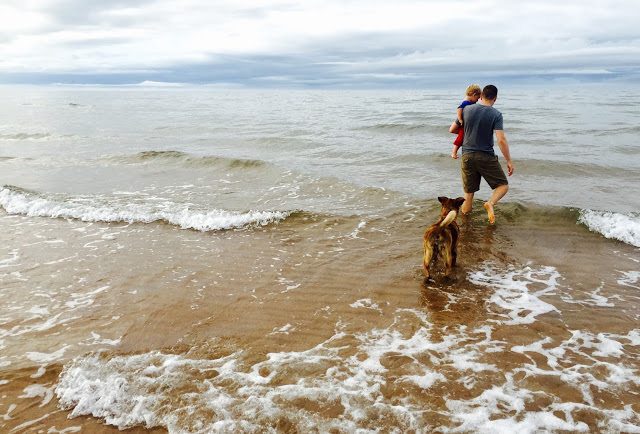 How do I do what you do? You don’t need to land a gig at your local paper, write for Canada’s biggest media outlet, or analyze the space allotments for Lays potato chips in your local grocery store in order to publish content to the web.

In a sense, yes, it’s harder than ever to get noticed. Everybody’s writing something online. Yet in another sense, it’s never been easier to make a name for yourself. It’s free to do so. Record car videos for YouTube. Tweet. Use WordPress or Blogger or Wix to start a free site. But don’t do nothing, don’t ask automakers to send you cars for a potential website, don’t ask automakers to send you cars you can review for a website you started yesterday, and don’t ask automakers to pay you to review their cars. That’s unethical, doesn’t make any sense, and will assuredly cause every automaker to avoid any cooperation with you in the near and distant future.

Work. Try harder. Stick with it. Develop a portfolio that you can eventually share with well-known publications. Give your first batch of readers what they want so that they’ll be keen on bringing other readers to you. Find a niche. Don’t just do what everybody else is doing – we have enough websites showing us pictures of facelifted CR-Vs and Top Gear gifs.

The route we took to developing GCBC into the basis of a thriving business isn’t traditional, but the routes taken by few full-time auto writers are. This is an unusual business with unusual people in an unusual era. Yes, you can get a job at a respected automotive publication with an engineering degree (if you can write) or a journalism degree (if you know anything about how cars work), but that’s not the only way, and you may not be seeking employment with the type of publication that would highly value education above experience.

Fortunately, you can create your own experience. And if you want new cars to land in your driveway every week, you better start creating that experience now.

At GCBC, Steffani Cain and I have not chosen the easiest path. Self-employment can be stressful. Evenings at the end of long work days are often spent in front of computers. The hours at the beginning of the month (when automakers release the previous month’s sales reports) can be grueling. And the fun of driving fast cars in the summer turns to frustration when cleaning a filthy, dull sedan on a cold, dark February evening.

On the other hand, there are perks. We are able to sit down as a family and enjoy every meal together. I can take the dog for a walk on the beach in the middle of the day if scheduling permits. Coworkers aren’t sharing my fridge. And yeah, the cars are sometimes terrific, too.