Amongst the thousands of readers who pass through GoodCarBadCar.net’s gates each year are a few thousand fathers. Some of those fathers want to know if they should buy a Toyota Venza or a Honda Odyssey. Others enjoy entertaining reading material. Then there are those who need to maintain their vehicular intelligence in order to keep up with their sons (and daughters).

Joseph Kennedy wanted his sons to become Presidents. Walter Gretzky wanted his son to be the best hockey player in the world. Billy Ray Cyrus wants his daughter to be as normal as a teenage pop star could possibly be. Muhammad Ali wanted his daughter to be his female equivalent. My father wanted me to know everything there was to know… about cars. Well, he tried ancient Greek, too. That didn’t go over well. Perfect estimations relating to the length of RVs was worthy of time spent. And it was important that I knew how to answer phones professionally. Mainly, it was cars; and cars only. 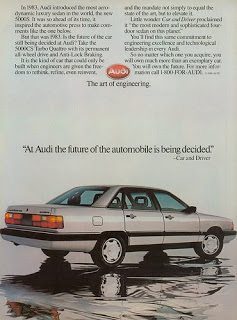 It began with naming the car that drove toward us. At three and four years old, I wasn’t able to be any more specific than the brand. That changed, however, before I reached seven or eight. “Honda” wasn’t good enough. Differentiation had to be made between Civics and Accords. As an early teen, specifications grew in significance. The first drive-by of a new-to-Canada model resulted in this anticipated question: “How many horsepower?”, followed by “How much torque?”. Fortunately, the magazines he bought me had this info.
I would like to believe that I was the most excited when my first auto writings were published in a major Canadian newspaper. But it was my father who shared the news that I was “published” with everyone he knew, an hour before I’d even seen the paper.
So, to all you GoodCarBadCar.net lovers out there, don’t thank The Good Car Guy for putting this site into the blogosphere. Thank The Good Car Father.