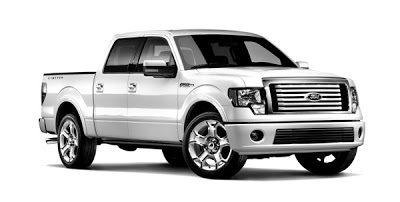 By choosing this particular model-within-a-model to be a Good 12 member, it may seem as though the desire for specificity has gone haywire. But hold on a second. Naming only EcoBoost four-wheel drive F-150s to The Good 12 doesn’t restrict this recommendation to just one truck.

The Ford F-150 is available in three different cab styles and a multitude of trim levels. Not every bodystyle and trim level can be paired with the 3.5L twin-turbo EcoBoost V6, but there are enough options to keep truly picky pickup lovers happy.

There’s no hiding the fact that the North American new vehicle market remains truck-hungry. Fortunately, the EcoBoost F-150 is slightly less hungry for fuel than Ford’s less powerful pickup engines. Fuel savings alone won’t cut it in The Good 12, however. There must be other noticeable attributes.

For that, we look to the V6’s acceleration figures. The EcoBoost is a rocketship in utilitarian clothing. Well, not that utilitarian – the F-150 is a handsome truck, perhaps even more attractive inside than out.

Trucks aren’t as easy as they once were. Gaining access to the bed has grown more difficult with the high sides. Overall width is becoming painful to manage on city streets. And “improved” fuel efficiency does not translate to “great” fuel efficiency. The F-150 EcoBoost, particularly in winter-friendly 4×4 guise, nevertheless manages to make truck ownership less painful in the areas where truck ownership stings and more pleasant in the areas where truck ownership delights. Besides, who doesn’t like saying their truck has twin turbochargers?

It’s Not Perfect: The EcoBoost V6 is applied to perfection in the F-150, but is a 5.0L V8 so bad? For those who require rumble with their absurd levels of horsepower, the 5.0L V8 is down by only five horsepower, one city mpg, and two mpg on the highway. The torque loss is more significant – Ford’s twin-turbo V6 generates 40 lb-ft more twist. The 5.0L V8’s other advantage is price. In Canada, it can be up to $1200 less than the rather pricey EcoBoost V6.

Sales Stats: The Ford F-150, as the big player in the Ford F-Series range, is America’s best-selling truck and the best-selling vehicle overall, month after month. In Canada, the F-Series accounts for more than 5% of the total new vehicle market. Monthly and yearly sales figures for the whole F-Series range can be viewed here.