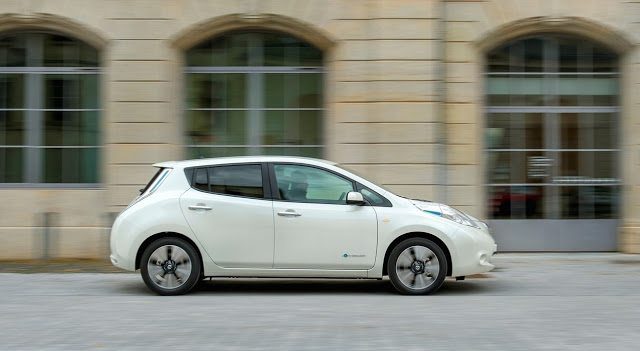 LEAF
“No one should have any reservations about getting an electric car today.” So says a new Nissan Leaf advertisement which also draws attention to $4000 Leaf rebate, and how it compares to a $1000 reservation on a Tesla Model 3.

IN TROUBLE
Once Volkswagen buys back 2.0L TDI diesel-powered cars, or fixes them, or both while also paying owners thousands of dollars, will Volkswagen’s troubles be over? Could a second automaker become just as tainted, albeit in lower overall numbers – Daimler is on a quest to determine if Mercedes-Benz is that brand. And Mitsubishi, which has had its fair share of controversy in its past, may see its Japanese fuel efficiency scandal cross the Pacific.

CHALLENGER
A tour of Fiat Chrysler Automobiles’ Brampton, Ontario, manufacturing plant revealed some interesting factoids. More than half the Dodge Challengers sold in Canada are SRT and Hellcat models, compared with only 36% in the United States, for instance. – Autofocus

WATCH
/Drive’s Matt Farah really wants a Shelby Mustang GT350R. And after you hear it rocketing around Thunderhill Raceway Park, you’ll want one, too.