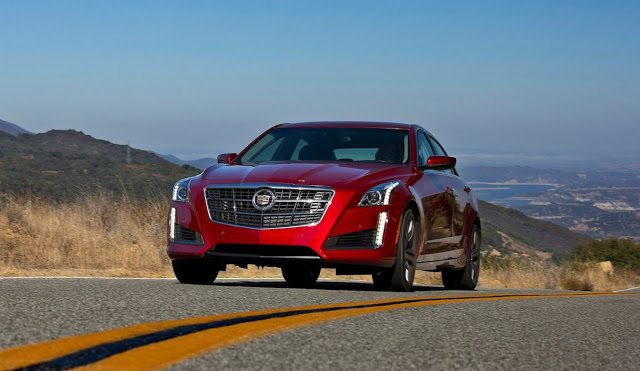 Throughout 2016, GCBC’s readers examined the sales fiugres belonging to the Ford F-Series more than those of any other vehicle.

To begin 2017, however, the F-Series was pushed into the second position.

By the Cadillac CTS?

There are typically three trends we see at play on GCBC’s list of the most commonly researched models on the site. One, new vehicles shoot toward the top. There’ll be a sudden increase in the number of people wanting to know how many Lincoln Continentals were sold in January, for instance. Second, hugely popular models are frequently consulted just to see how popular they really are. Finally, hugely unpopular models will see a sudden uptick in viewership as the world attempts to learn just how unpopular the model is.

Automobile manufacturers will begin reporting their January 2017 U.S. and Canadian auto sales figures on Wednesday, February 1, 2017. GoodCarBadCar will be updated throughout the day with brand results from every automaker. Later on Wednesday afternoon, January U.S. best seller lists for cars and trucks and SUVs will be published, as well, followed by Canadian best seller lists that same night or the next evening.

As always, sales figures for all manufacturers, makes, and models will be updated in GCBC’s free searchable database of historical monthly and yearly sales data. For non-mobile users (or mobile users who have opted to view the full site by selecting that option at the bottom of the page), you can also select a vehicle, a brand, a manufacturer, or total industry figures in a dropdown menu near the top right of this page. The in-depth breakdown of January new vehicle sales begins in earnest at the beginning of January.

This month, rather than highlighting one month’s results, we largely look at the whole year. For the sake of reviews and sales tracking pages, these are 2016’s ten most popular at GCBC. But we still have another list that showcases November’s most popular sales articles in December.