CANADA AUTO SALES FACTS AND FIGURES FROM JUNE OF ’09

For the second month in a row, Quebecers bought over 2,000 Kias. That helped propel the Korean subsidiary of Hyundai to its best-selling month in Canada ever. Overall, Kia sold 5,200 cars in Canada last month, a total which is 37.9% higher than Kia achieved in June of 2008.

June was the best month of 2009 for Mercedes-Benz’s microcar division, smart. Although its sales total was 26.3% lower than that of the previous June, smart sold 303 fortwos. The news was even better elsewhere at Mercedes-Benz. June was a record-breaking month for M-B Canada; helping the luxury manufacturer to its best Canadian quarter of all time. 931 C-Class sedans exited dealer doors. Excluding smart, diesel engines were found in 57.6% of all Benz vehicles sold in June. 77.9% of the total 2,580 vehicles were equipped with 4Matic all-wheel drive.
Check out all sales totals from June by clicking here 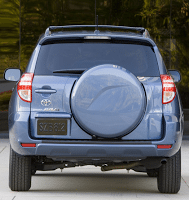 Lexus sold 790 SUVs in June. Even with the gain of 26.8% in that category, overall Lexus sales still tumbled 10%. Mercedes’ earth-shattering total of 2,580 vehicles sold is overshadowed by a huge Toyota RAV4 performance. 2008 had been the best ever year for RAV4 sales. So far in 2009, however, each month has bettered the previous month. That means 2,615 RAV4 sales in June for Toyota Canada.
BMW sold over 3,000 vehicles in Canada in June. Previously, BMW had never managed to break through the 3K barrier. The debut of BMW’s new Z4 saw sales increases of 283% for the roadster.
In its first full month on sale in Canada, the Nissan Cube sold only 368 units. For context, consider Kia’s Soul success in May: 1,017 sold. The Sentra sold about three times more frequently; the Versa more than five times more frequently.
Volkswagen’s premium appendage, Audi, enjoyed skyrocketing sales in June. Trouncing its two nearest competitors (Infiniti and Volvo) in overall sales with 1,106, Audi was 52% ahead of June ’08. How? The Good 12 Supersize-winning Q5 has quickly become Audi’s third best-seller in Canada. 127 were sold last month. 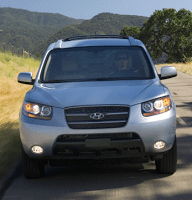 Though Honda struggled as a whole in June, its small SUV did not. The CR-V, like its competitor at Toyota, the RAV4, posted huge sales increases. 55% more CR-Vs were sold this June than last. In fact, Honda came close to losing 4th place in Canadian auto sales to….
Hyundai. With over 10,000 sales in Canada last month, Hyundai confirms the benefits of low pricing combined with good product. The Elanta for instance, not a new model, sold at a rate which was 120% greater than last June. Sure, the wagon helps…. but still. Hyundai’s mid-size SUV, the Santa Fe, acquainted itself with a doubling in sales. Up 104%, Santa Fe sales totalled 2,254 units. For the first half of this year, Hyundai sales in Canada are up 21% over the first half of 2008.