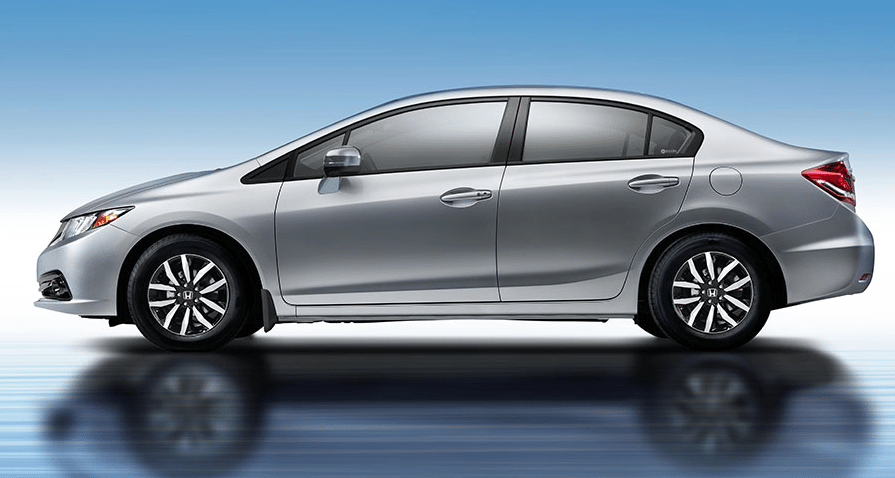 The Honda Civic was the best-selling car in Canada in 2013, the sixteenth consecutive year Honda has topped the passenger car leaderboard in Canada with the Civic.

Honda Canada doesn’t sell as many Civics as they used to. 2013 Civic volume was down 12% from 2008 levels. But the Civic controlled 3.7% of the Canadian new vehicle market; more than 8% of the passenger car market.

We’ve already covered the subject of Canada’s five top cars, the Civic, Elantra, Corolla, Mazda 3, and Cruze. Canada’s top midsize car was the eighth-ranked Ford Fusion. The Fusion was joined by four of its midsize rivals – Camry, Accord, Sonata, and Altima – on this list of Canada’s 25 best-selling cars.

Canada’s top-selling subcompact, the ninth-ranked Hyundai Accent, was joined by four of its subcompact rivals – Rio, Versa, Fiesta, Fit – in the top 25.

There is but one premium brand car in the top 25, the 15th-ranked BMW 3-Series. BMW has also sold 546 4-Series (otherwise called the 3-Series two-door) over the last three months.

Car sales in Canada were barely more than level in 2013 even as overall auto sales – fuelled by crossovers and pickup trucks – pushed the industry to its highest ever level.