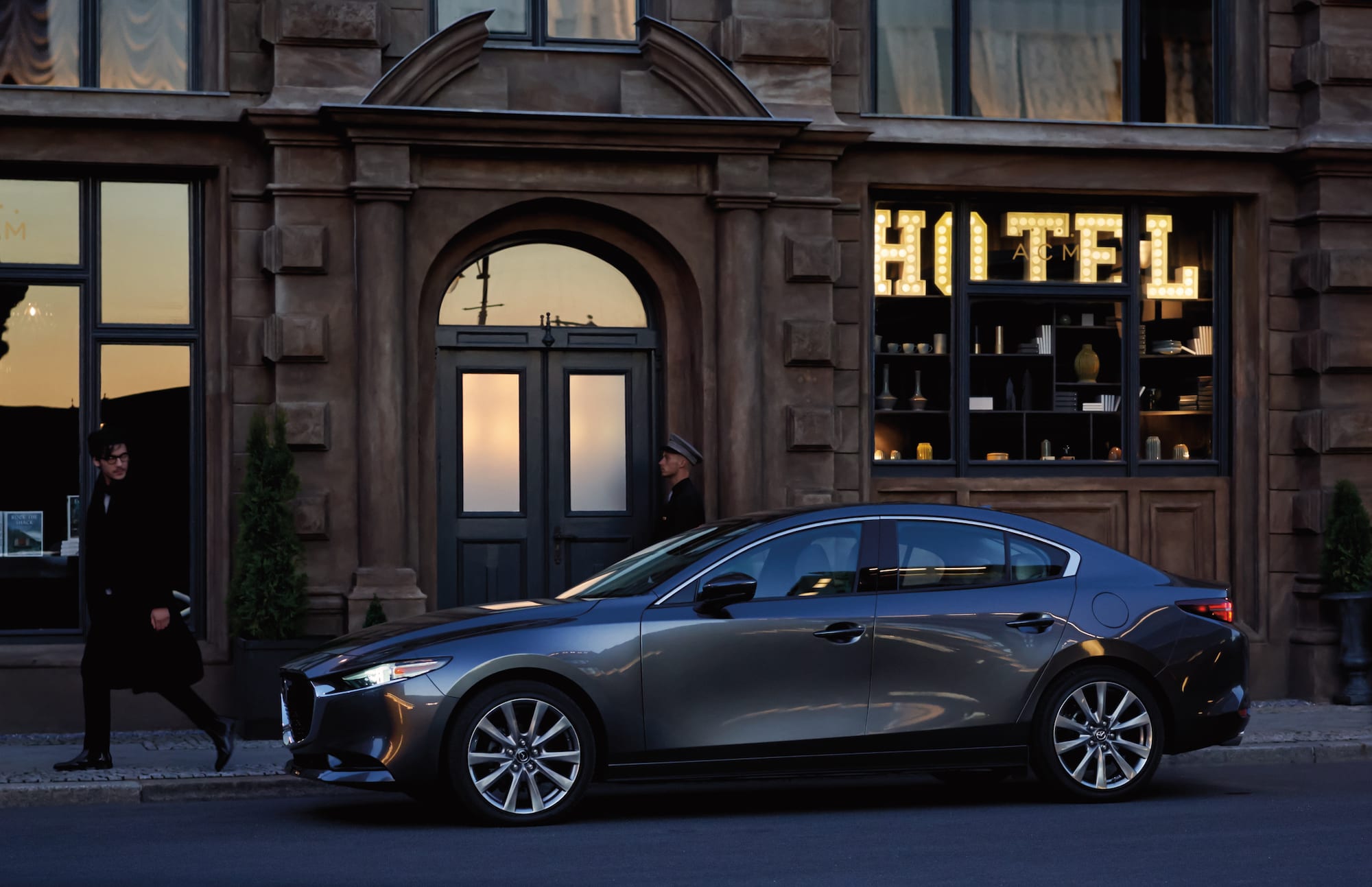 If you're wanting a compact car, these are the 6 to compare.

The Best Small Compacts For Both The City & The Highway

In a world where SUVs roam the freeways, and CUVs are the newest car styling that is gaining traction, there is a still a place for the friendly, efficient small car. With technology as advanced as as it is, many of these compact and sub-compact cars can rival much larger vehicles in terms of power-to-weight, and are often much more nimble and fun to drive.

And that’s nothing compared to the relative ease with which small cars can squeeze into parking spots, something quite important in the modern urban jungle.

While there are a plethora of small cars available out there in the wild, there are naturally some that rise to the top and stand out, be it for features, value, performance, or a combination of all three. 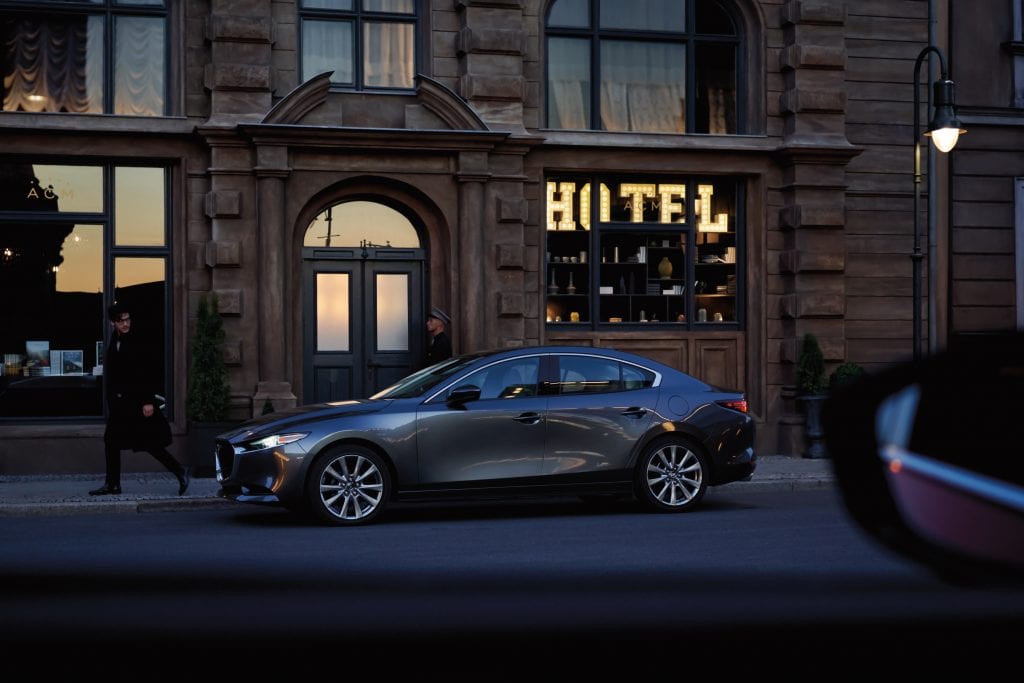 The Mazda 3 sedan and hatchback models have been challenging the small car segment for a while now, with incremental upgrades added each model refresh. Now in its fourth generation, the venerable little car has finally unseated its Japanese rival in the Honda Civic as the quintessential recommended buy.

While not as fast as its predecessors, Mazda’s KODO design language of making cars “human-centric” has meant that the car is an absolute blast to drive. It is light on its feet, agile, with just enough road feel to be communicative but not uncomfortable.

As well, an all-wheel-drive version of the higher spec Premium, 2.5 Turbo, and 2.5 Turbo Premium Plus models is coming in mid-2021. While the Honda Civic is still a better selling car, Mazda has definitely focused its attention and is starting to steal away some market share.

Out of left field, Kia has quietly and constantly introducing better and better versions of their cars ever since the big turnaround the company did in the late 2000’s. Instead of the laughing stock cheap cars, many competitors struggle to equip their cars as well as the Rio5 is and keep a straight face on the price.

Add to that an extremely well appointed feature set. Two stage heated front seats, 7 inch touchscreen infotaiment system with rearview camera as standard, remote keyless entry, a variable 6-speed automatic transmission that is nearly telepathic in its shift points, and 17.5 cubic feet of space in the hatch… with the rear seats up!

A nice chunky, thick steering wheel also makes the car feel a lot more premium than a budget car should. Add to that the in-city fuel efficiency of 33 MPG, paired with a 12 gallon fuel tank, and you can realistically drive the little Rio5 for almost 400 miles between fill-ups.

It wouldn’t be a proper small car list without putting the venerable, reliable Honda Civic somewhere near the top. For almost 50 years, Honda’s best selling car of all time has carried millions of people to millions of destinations, and due to the fact that the car is known to be almost completely bulletproof, even in the used market, it is still the go-to first car for many 20-something’s with their first post-college jobs.

If you just need a car, Honda has your back. For $21,000, you can get a sedan or coupe that will get you from point A to B without fail. 158 HP from a 2.0L inline-four is also enough to haul around friends and family efficiently, as this engine gets 32 MPG in city. A 1.5L turbocharged engine is available for the higher specs of the base coupe or sedan if you need a bit more grunt, and it puts out a respectable 178 HP.

However, if you want to kick things up a notch, the Civic Si coupe is becoming with a 205 HP engine paired with adaptive dampers and a 6-speed manual to get your heart beating a little faster. And if you truly want to have the best sports hatch under $40,000, the Civic Type-R is ready to rip your face off with 306 HP and a monstrous 295 lbs-ft of torque, while staying comfortable above the 20 MPG mark that denotes “efficient” from “excess.”

There’s a reason Honda seemingly can’t build the Civic models fast enough… they have a version for everyone, and everyone has a favorite Civic. 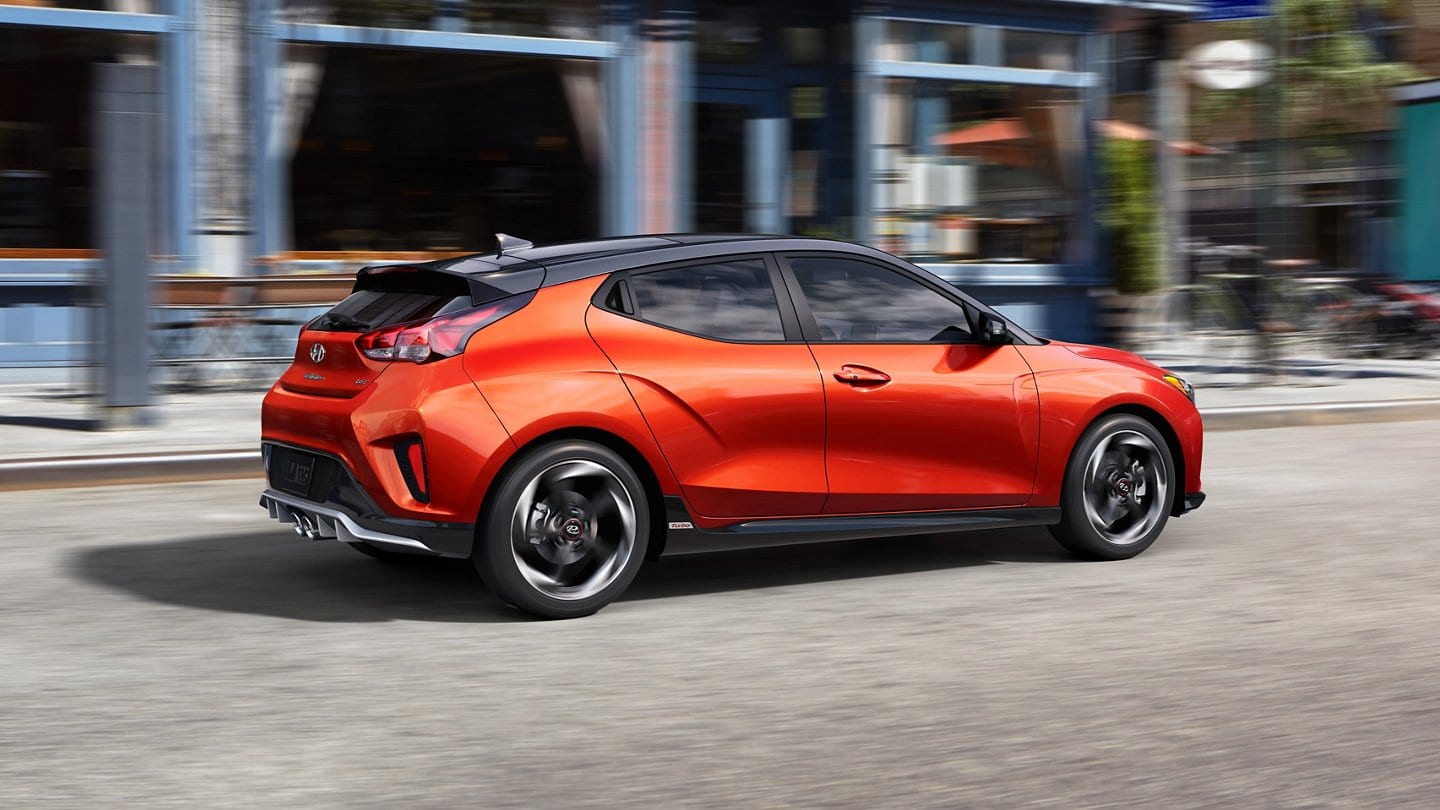 The Hyundai Veloster is an example of perseverance by a company that knows they have a great small car to sell. The first model generations available in the US unfortunately were mocked for having their jutting lower bumper spitter and some odd styling around the air intake. That changed in 2018 when Hyundai, after a few years back at the drawing board, brought forth a sharp, exciting shape that completely reversed opinions.

With that refresh also came a more powerful base engine, a 147 HP 2.0L engine that is more than enough for the tiny car. However, Hyundai realized that Americans can, at times, be a bit power hungry, so for just $5k more than base price, a turbocharged 1.6L engine produces 201 HP and smashes a grin onto the face of anyone that puts their foot to the floor in it.

The Veloster keeps getting better, with a whopping 20 cubic feet of cargo space in its hatch with the rear seats up. It will comfortably seat two adults up front, although if you’re taller than 6’2″, the rear seats can be a bit of a squeeze, and are only accessible from the right side of the car.

A variety of transmissions are available, from an excellent dynamic 6 speed automatic, a 7 speed DCT dual clutch semi-automatic, and a snappy, great feeling 6 speed manual.

And, if you want to experience what Hyundai’s racing division can do to a Veloster, for $27,600, you can get yourself a Veloster N, a 250 HP 2.0L turbocharged weapon that carves a curved line through physics with its superb handling. It’s the perfect Office on Friday, Racetrack on Saturday car for the responsible adult with that little kid inside of them. 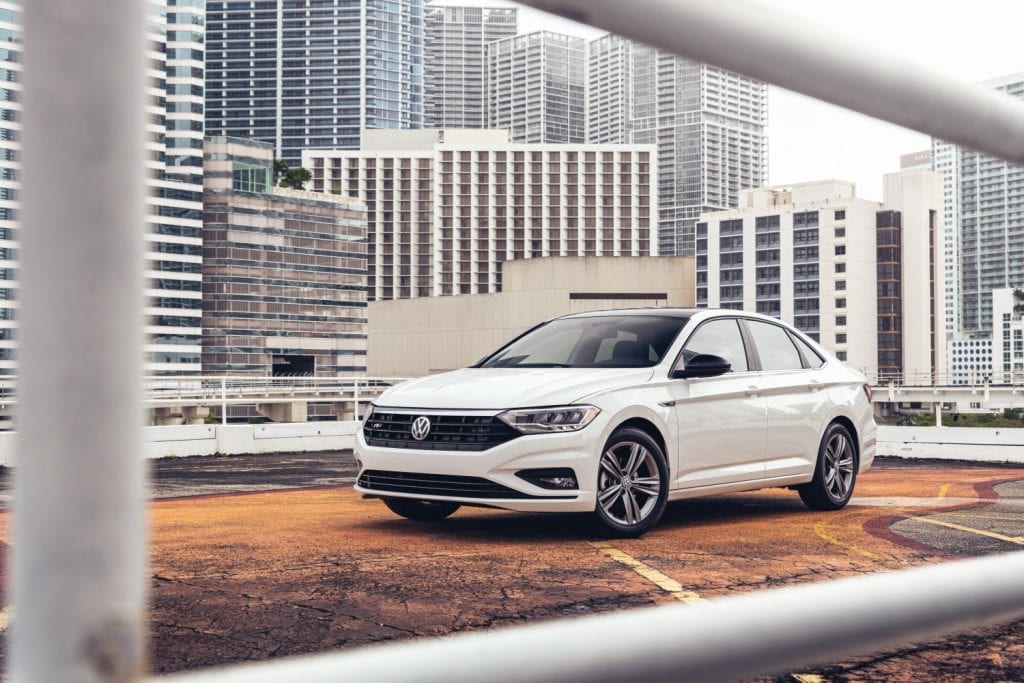 Volkswagen has had a rough few years. Dieselgate dropped customer opinion of the company from industry leading to under the gutter. However, VW is making a concerted effort to bring customers back with great driving, well priced cars that feel like they should be another $10k more expensive.

The Jetta fits neatly into this dynamic. A hugely effiicient 1.4L turbocharged inline-four powers the car. 147 HP may not seem all that impressive, but it’s the torque figure of 184 lbs-ft that raises eyebrows.

A small grin will creep onto the face of any driver that feels the undeniable grunt of all that torque spooling in a under 2,000 rpm. It’s the magic of what the 1980’s Golfs, Rabbits, and Sciroccos did so superbly well, taking an otherwise slow car and making it feel like you were driving a racecar built for the street.

The only downside is that if you are coming to the Jetta wanting a lot of features at the lower priced end of things, you will leave disappointed. You are realistically looking at $24k or more to get all the fancy features and driver aids, and that’s why the Jetta cannot compete with the likes of Kia and Mazda with their generous all-features lower price models. 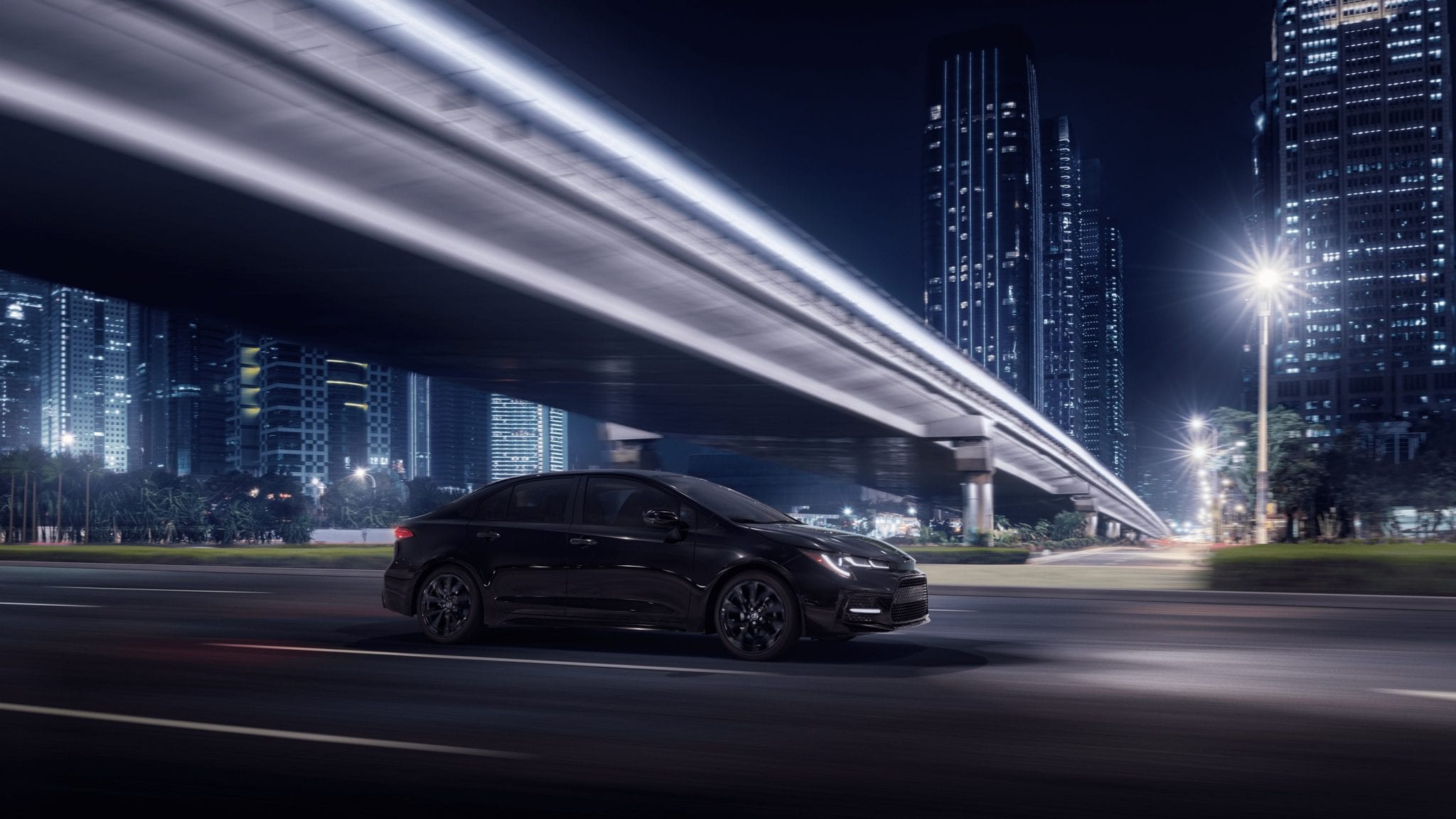 Toyota was all about building economical cars with little inspiration for the longest time. In fact, it was the Toyota Corolla of the early 1990’s that helped cement the term “econo-box” into popular culture, due to it’s boxy design despite having a decent engine.

Flash forwards to 2021, and Toyota is one of the leading hybrid technology manufacturers in the world. In the Corolla, this means that while the 139 HP 1.8L inline-four is enough to power the car on its own, it does cruise extremely well on the freeway. The highlight is in stop-and-go traffic such as on a commute, where the hybrid electric engine handles light to light movement, with the engine only kicking in when the batteries start to get low.

As well, Toyota has mildly upgraded the shape of the Corolla, in both the sedan and hatchback models. It’s now more slippery through the air, reducing drag and boosting efficiency, so much so that the hybrid sedan can push over 50 MPG in both the city and the highway.

Other models in the range have the option of a 170 HP 2.0L inline-four that pairs with either a CVT or, for a mild asking price, a 6 speed long ratio manual.

The only true downsides is that despite Toyota being known for building some of the best sports cars of all time, the Corolla is muted and numb when driving. It’s more of a get-to-where-you-are-going car instead of a have-fun-along-the-way car. That said, there is no denying that the Corolla is a great small car for the big city, and with the hybrid model, even a bit healthy on the planet and the wallet.