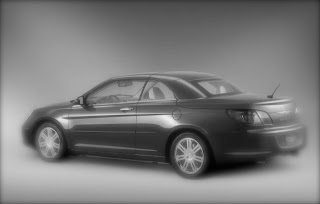 “Are is our children learning?” one not-terribly-wise man said in the recent past. If Chrysler is viewed as one of those children, then no, our children is not learning.
Last year, you see, Chrysler built this Sebring Convertible and watched as it became a part of the first Bad 8. With the Crossfire, Chrysler learned its lesson and announced that the Crossfire wouldn’t continue. However, the repugnant and repulsive Sebring droptop manages to remain a part of Chrysler’s stable. 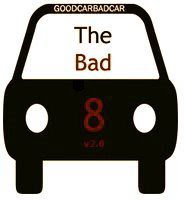 School children in detention would fail to design a vehicle this revolting if they tried. Somehow, Chrysler designers who were educated to make vehicles look good designed this car. More (or less) importantly, Chrysler executives thought it was good enough for production. Yes, production. As in building the car so that people could pay over $20,000 for it at stores set up to sell it. With brochures printed and commercials televised. Does this not seem backwards? Shouldn’t they have begun their efforts with something that looked worth buying?
Oh, and it sucks to drive too. It’s a boat on wheels with a cheap-feeling steering wheel and just enough power to cruise obscenely on southern interstates. Let’s hope the topless Sebring isn’t around long enough to qualify for a third induction to The Bad 8 v3.0.
—–
Alternatives: Beached sperm whale, Pontiac Aztek, Ford Mustang
Necessary Incentivizing To Switch To The Good 12 v2.0: A lifetime supply of acid so at least the Sebring would be painted “pretty colours”.
Anything Else? Desire ye a convertible built by Chrysler LLC? Buy a Jeep Wrangler. It can do more, you’ll look cooler, and it’s probably more fun to drive.