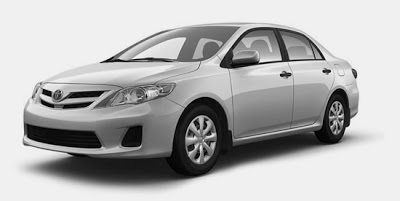 We’re not lambasting the whole Corolla range, here, though it would be hard to recommend Toyota’s historically dominant compact car based purely on its ability to provoke boredom. No, a Bad 8 position has been reserved exclusively for the bottom-of-the-range Corolla, the CE as it’s known in Canada. 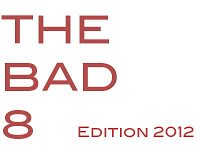 There are other sparsely-equipped cars on the market, and they’re not making an appearance in this insult-riddled place. The Corolla CE is different. For Canadians Corolla customers, power locks, air conditioning, keyless entry, and Bluetooth are part of a $1495 package. Another $1000 is required in order to gain power windows, heated seats, and cruise control. Even at that $17,945 price point the Corolla CE is still rocking wheel covers. The $1000 ($800 in the U.S.) automatic transmission still shifts through four speeds like it did a quarter century ago. And it’s still a car that won’t do better than 34 miles per gallon on the highway, this in an era when 40 mpg compacts are commonplace.

So the Corolla looks like a terrible value, and we haven’t even compared it with a crop of modern, roomy, stylish subcompacts. The Corolla’s disadvantages extend beyond its poverty-spec interior. This is a boring car, not some decontended high-end sports car with “added lightness.” This Corolla is a poorly-equipped boring car, one with wooden dynamics, no ability to communicate, and no hope for joy on the journey. Only a basic Toyota Corolla can be so dull that it provokes a passionate response in opposition to its dullness. Your only instructions are to hate this car.

Alternatives: Growing old with your cats. Painting your bedroom walls an exciting new beige tone. Telling your friends that a free ticket to the Super Bowl sounds fun, but… Antiques Roadshow is on that night so you’d better stay home. Choosing stylish lines and proper levels of equipment (Kia Rio 5-Door) over blaa (Corolla CE).

It Sucks, But… in a decade it will most likely look and feel like it did on day one.