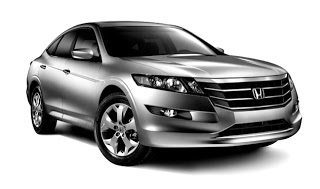 There are very few automakers in existence which haven’t produced at least one jaw-droppingly impressive design. Consider the Toyota 2000GT, Chrysler Airflow, and Honda S600 as examples of greatness by companies which have been a little off the mark of late. A little? In Honda’s case, the Accord Crosstour marks a diversion onto a path too-often travelled these days. The second-generation Insight is homely, the CR-Z is good but should’ve been a lot better, and the Pilot is boxy in every bad sense of the word. 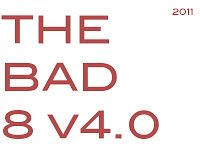 Ah, but the Honda Accord Crosstour is set apart by its horriawful proportions and lack of attention to detail. And Honda wants you to pay dearly for the dishonour of owning such a vehicle. There is a theory circulating at GCBC Towers which says the Accord Crosstour’s price may be a secretive reverse pricing strategy – $29,670 is what Honda pays you to take an Accord Crosstour off their hands. They’d need to, there’s no way you’d take anything less than $20,000 to be seen in such an offensive machine.

It’s not as though the 2011 Honda Accord Crosstour makes up for its misshapen exterior with a wicked driving experience or a best-in-class interior. In fact, Crosstour interiors are full of almost as many buttons as its exterior has styling demerits. There’s no need for ugliness in 2011’s automotive market for there are too many handsome alternatives to even consider the Honda Accord Crosstour worthy of a place in serious vehicular discussions.

Alternatives: Toyota Venza, Infiniti G25, Acura TSX Sport Wagon, spending half a day at NSCAD to gain half a clue about design.

Improvements Required: It’s hard to know for sure without Photoshop expertise, but imagine how much better the Crosstour would be if Honda simply stretched the roofline to form a traditional wagon silhouette. Then shrink the grille. Lower the headlights half an inch. Decrease the rear fender bulge. Drop a couple hundred pounds. Add the Accord’s 4-cylinder option so the price could drop a few thousand bucks.

Historical Significance: 1991 saw Honda debut the Accord Wagon, a glassy extended-roof version of the increasingly successful Accord sedan. Buyers were scarce. For an Accord, the next-gen wagon was a bit of an oddball, but it remained an effective hauler of family and goods. Europe’s Honda Accord, a different car, is North America’s Acura TSX. The 2011 Acura TSX Sport Wagon is a semi-accurate picture of what American Honda could do for their sub-luxury division if they – and the market – so desired.