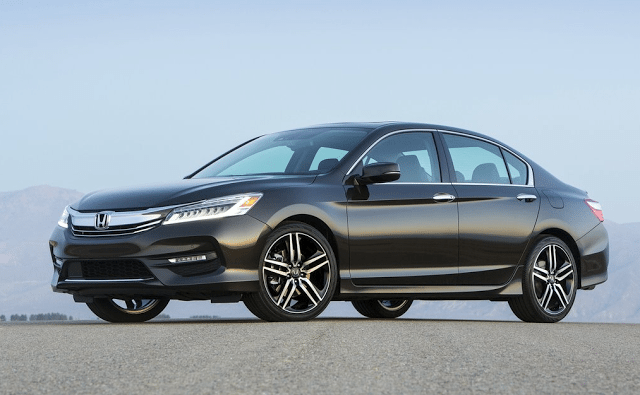 Ask GCBC: Honda Accord vs. Mazda 6, or Honda Civic?

In this latest addition to the ever-growing list of content made available by GCBC, we’re allowing you to ask us to sort the sales data the way you want it. In fact, you can ask anything, and we might just choose to answer your question even if you ask, “Do you eat McNuggets in press cars?” If you want to ask a question, email askgoodcarbadcar@gmail.com.

This week, Arun From The Internet wants to know the following: “I am planning to buy a manual car under $25K – which one do you suggest? I was thinking of choosing one among Mazda 6, Honda Civic, or Honda Accord?” Arun also wants to know, if the answer is Accord, whether he should lean to the Accord Sport or Accord EX. (To that we say, go for the Sport. It is a different driving experience and it looks great, too.)

Arun’s question is a great one for a few reasons. This is real-world stuff, not just a debate between the merits of the Ferrari F40 and F50. Arun also shows that rectangular consumers don’t always fit into the squares we’ve already defined.

This isn’t just about the 2016 Honda Accord and 2016 Mazda 6. Arun is also wise to consider the Accord’s little brother, Honda’s new, tenth-gen Civic.

To answer Arun’s first question, let me bring in a handful of other candidates within range of the USD $25,100 2016 Honda Accord Sport. If Arun is willing to go the hatchback route, a nd can handle the idea of Volkswagen mid-scandal, the least costly 4-door Volkswagen Golf GTI costs $26,415 with a manual transmission. It’s more fun than any of the cars mentioned, and the marginal rear seat space lost is made up by increased flexibility. (The Ford Fiesta ST is surely too small given Arun’s candidates.)

The Mazda 3, in either sedan or hatchback form, is in so many ways just a slightly smaller but more affordable Mazda 6, and it may offer superior ride quality. But for $25,000, new cars with manual transmissions are either small or, well, not great. Or they’ve already been mentioned.

For Arun, then, here are the high points and low points for the cars in his list. 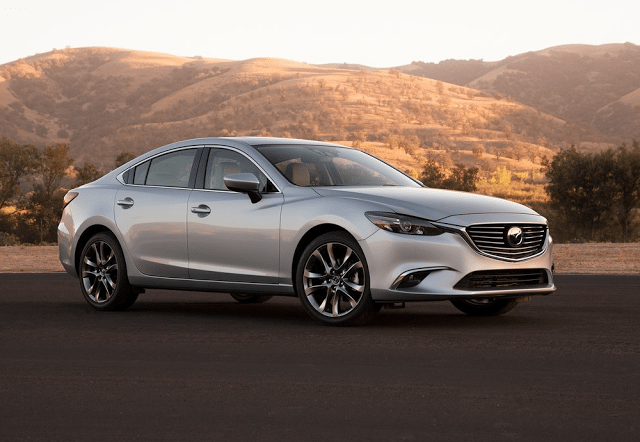 MAZDA 6 GOOD
Outstanding styling, a straightforward infotainment unit, and class-topping dynamics set the 6 apart. No other midsize car is even remotely as communicative.

MAZDA 6 BAD
The lack of an upgrade engine is disappointing – the 6 would be a barrel of fun with 230 horsepower or so. Ride quality will be too firm for many conventional midsize buyers. And the rear seat is not as expansive as the rear seat in, for example, a Passat or Camry.

(adsbygoogle = window.adsbygoogle || []).push({});
HONDA ACCORD GOOD
Handsome, conservative styling. Apple CarPlay availability. The structural integrity you expect of a Honda. Strikes a fine balance between the athleticism of the 6 and the comfort-oriented domain of the midsize masses. No other automaker builds naturally aspirated four-cylinders with this level of smoothness.

HONDA ACCORD BAD
Like the 6, the Accord may be deemed by some to ride too firmly, particularly on 19-inch wheels. Honda’s built-in infotainment unit is not enjoyable to operate. Complaints about the driver’s seating position aren’t uncommon. 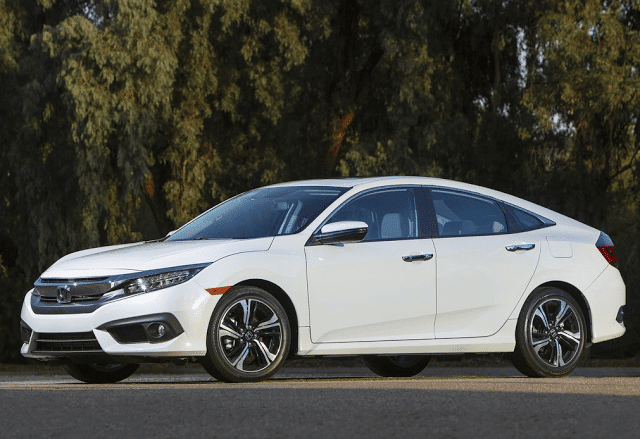 HONDA CIVIC GOOD
Significant savings compared with its big brother, yet the new Civic is sufficiently roomy and refined to be considered a true midsize rival. Plenty of tech available, including Apple CarPlay and safety features not typically available in this segment. Pleasing on-road behaviour. Feels in many ways like it should cost a little bit more than it does.

HONDA CIVIC BAD
Not the prettiest sedan to ever drive out of a showroom. more than capable when prodded, the new Civic isn’t yet available in a trim that makes the most of its sporting possibilities, not even close. The 1.5L turbo engine is impressive but won’t be available with a manual for a while, and we didn’t see the kind of real-world fuel economy Honda forecasts.

VERDICT
Sure you don’t want to consider that GTI? The incentives have been great of late.

The Civic is bigger and more refined than ever, but until Si and Type R models, there’s no Civic variant that feels like a European sports sedan on the cheap. The Accord does offer that sensation, the 4-cylinder is plenty powerful, and the fuel economy is great, as well. The 6 is a looker, with great steering and fuel economy, too. But we fear the rear seat space isn’t up to snuff for a car of its size and the ride can be quite firm on a daily basis. If driving fun is the utmost priority, go with the Mazda. If it’s a priority, but not the priority, go for the Accord.