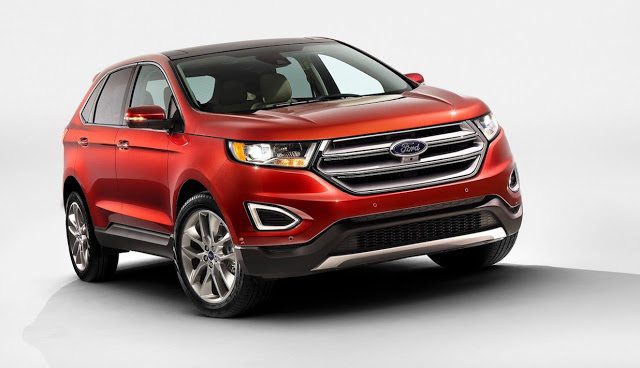 SUVs and crossovers accounted for precisely 40% of all new vehicles sold in Canada in 2016. As the Canadian auto industry reported record new vehicle sales for a fourth consecutive year, much of the credit belongs to this category.
Led by the Toyota RAV4, SUVs/crossovers added 71,000 sales in 2016, year-over-year, for an industry that grew by 50,000 sales. The RAV4 alone was up by 6857 units, a 16% gain that far outpaced the segment’s 10% growth rate.
Canada Vehicle Sales Rankings By Model – 2016 Year End
Canada Car Sales Rankings By Model – 2016 Year End
2016 was the RAV4’s first ever annual sales victory in the SUV/crossover sector in Canada. Helped along by the second-ranked Ford Escape’s 2% drop, the RAV4 outsold the usual Ford leader by roughly 204 units per month.
Together, the RAV4, Escape, Honda CR-V, Nissan Rogue, and Jeep Cherokee – the five top utility vehicle nameplates in 2016 – earned more than one-quarter of all SUV/crossover sales. They lead a group of the 20 most popular utility vehicles in which only six sold less often in 2016 than in 2015.
The Ford Explorer, despite a 2% decline matching the Escape’s downturn, was Canada’s best-selling three-row utility vehicle, 2311 sales ahead of the Toyota Highlander. Leading all premium brand utility vehicles was the 29th-ranked Audi Q5, sales of which increased in a seventh consecutive year as Audi launches the second-generation Q5 in 2017.

Canada SUV/Crossover Sales By Model – November 2016 YTD
Canada SUV/Crossover Sales By Model – December 2015/Year End
Two of Canada’s three top-selling utility vehicles, the RAV4 and CR-V, are assembled in Canada. Canadian-made utility vehicles also rank ninth, tenth, 23rd, 30th, 68th, 99th, and 101st.
Reminder: these are 2016 year end rankings, but you can sort vehicles by December 2016 volume by clicking the December 2016 column header, or you can rank vehicles by improvements or declines using the % columns.
Or, most importantly, you can list automakers together by selecting the SUV/Crossover column header. At any time, click the Rank column to return to the original format. If you’re on a mobile device, you may need to choose the full version of the site (at the bottom of the page) in order to use the sortable function.
Canada Pickup Truck Sales By Model – 2016 Year End
Canada Minivan Sales By Model – 2016 Year End
As always, you can find historical monthly and yearly sales figures for any of these vehicles by selecting a make and model at GCBC’s Sales Stats page. Mobile users can now thumb across the table for full-width access.
Click Column Headers To Sort • January 2017 • November 2016 • December 2015
Source: Automakers & Global Automakers Of Canada & ANDC
* Italicized unranked lines are nothing more than available breakdowns, already included in the model’s total, not in addition to the model’s total.
¤ Automakers release sales figures for the M-Class and GLE together and the GLK and GLC together.
º Land Cruiser is a commercial vehicle in Canada.
Sales data for brands such as Ferrari, Lamborghini, and Rolls-Royce are unfortunately not broken down by model. estimates say sales for those brands in 2016 were 216, 175, and 86 units, respectively. It is believed that Tesla sold 2034 new vehicles during the first ten months of 2016.